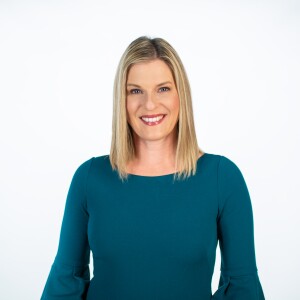 Neighbors in a Westminster mobile home park are so desperate to protect their vehicles from being towed, they are forming a blockade at night to keep tow trucks out of their community.

WESTMINSTER, Colo. — Neighbors in a Westminster mobile home park are so desperate to protect their vehicles from being towed, they are forming a blockade at night to keep tow trucks out of their community.

Tyler Thomas says it all started after residents received a letter from management at the Highview Mobile Home Community last November announcing a rule — no more than three cars in a driveway. A few months later, he says, the managers started towing people's cars.

"If you have two parents who are working and two kids with jobs, I mean, that's four cars right there," said Thomas. "So right there, one of their cars is going to get towed."

That's what happened to Eugene Shepherd, who has lived at Highview for 14 years. He says his work truck has been targeted twice in late-night towing raids.

"It cost me $950 to get it from them the first time," said Shepherd. "What's happening is they're targeting work vehicles, collector vehicles and high-dollar vehicles. These are heavier, so they can charge more."

In an impromptu neighborhood meeting, about a dozen neighbors said they had received notices that their cars would be towed, even people who had specifically paved their driveways to park more cars.

Ariceli Solis has lived at Highview for 14 years. She says her two teenage sons have cars, along with her and her husband, and they have no place else to park except their driveway.

"This hurts me very bad," Solis said, in Spanish. "They've been giving us warning after warning constantly to move our cars, and we need our cars. They say to park on the street outside the trailer park, but they tow there, too. And people have had their cars stolen."

Solis says another new rule limits the number of animals to one, and she has three dogs.

"One of my dogs I've had for 12 years," she said, sobbing. "I have three dogs and they're bothering me about the three that I do have. They have never done things like this before."

Residents say they are not against tow operators targeting inoperable vehicles or cars parked illegally on the street.

"We'll help them tow it," said Thomas. "We just want to be able to park our working cars in our driveways."

Meanwhile, the office at Highview was locked on Tuesday.

The owner, Martin Duman, did not want to speak on camera, but stated his park is not the bad guy for limiting cars to three.

"The units are small, and the place looked too cluttered," said Duman. "The majority of the tenants are for it. We're trying to improve the eyesight of the community."

The Rocky Mountain Home Association told Contact Denver7 that overparking in mobile home communities can create issues with safety and fairness, and that courts routinely allow a three-vehicle-max rule to be made and enforced.

Residents filed a lawsuit this week to have the towing stopped. In the meantime, they have been banding together at night to block the community's entrance to tow trucks.

"It's either that or let them steal our cars," said Thomas.

Editor's note: Denver7 seeks out audience tips and feedback to help people in need, resolve problems and hold the powerful accountable. If you know of a community need our call center could address, or have a story idea for our investigative team to pursue, please email us at contact7@thedenverchannel.com or call (720) 462-7777. Find more Contact Denver7 stories here.