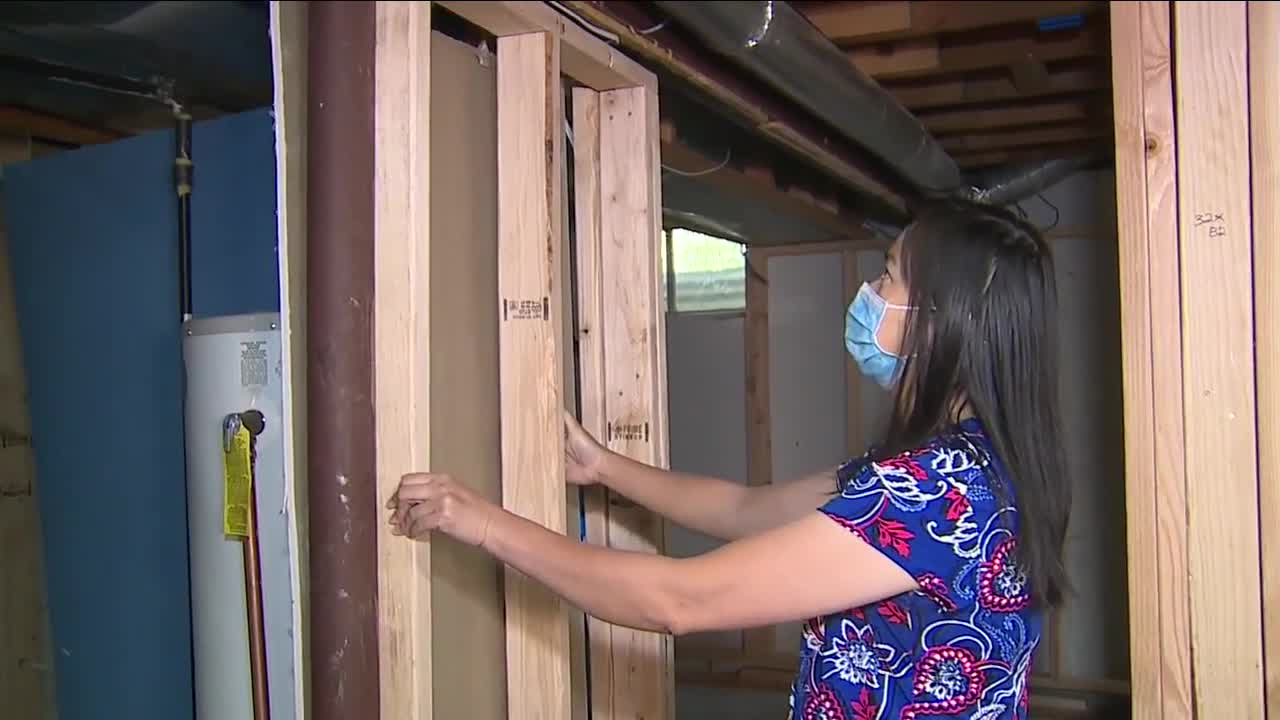 DENVER -- When Van Ngo bought her home, she saved up so she could finish the basement. Her elderly parents were supposed to move in with her, so she needed the extra space.

Ngo said she found a contractor through a recommendation on Nextdoor and he told her he could do the job for $13,000. She hired Braveheart Construction in July of 2019 but her basement still isn't finished. Ngo said she ultimately parted ways with the company when she discovered buildings permits had not been pulled.

"I feel like I made a very big mistake for trusting him and being patient with him and I didn’t research more about him, about the contractor before I hired him," said Ngo.

She described her first impression of the company's owner, TJ Welker, saying he seemed professional and knowledgeable. Ngo said that impression soon changed as the timeline for the project dragged on.

"He said that I’m not going to do any more work for your unless you give me more money, $8,000 plus whatever more up front for the second phase," said Ngo.

The contract shows Ngo gave Braveheart Construction a $5,000 down payment. She said after weeks of work, Welker had only completed the framing when he asked for more money. Ngo tried to question him about the delays.

"He kept saying, 'I’m working with the City of Broomfield and that’s why I called,' I said, 'why is it taking so long to get a permit?' And they said they never heard from anyone named TJ Welker and nobody ever tried to pull a permit for this basement," said Ngo.

Contact Denver7 reached out to the City of Broomfield and the building department does not have any record of a permit to finish a basement at Ngo's address. The Chief Building Official said a permit should be obtained before beginning any construction.

Ngo said she doesn't have enough money to re-do the basement so it is still sitting unfinished more than a year later.

"It was just too much headaches and money," said Ngo.

She isn't the only homeowner left frustrated by Welker. Contact Denver7 has received complaints from three people about various jobs that were left unfinished.

Puralewski hired Braveheart Construction in late 2019 to finish his basement before the holiday season. He said more than four months later Welker was just beginning to put the drywall up and he fired him a short time later.

"I wanted to get the job done in a timely manner, I was hoping to get it done in six weeks," said Puralewski.

He ended up finishing the job on his own because Puralewski said he couldn't afford to hire someone else after giving Welker about $10,000.

"I got it done, I’m happy to have it done, but I don’t want him to keep going and take advantage of other people," said Puralewski.

Contact Denver7 reached out to TJ Welker to ask him what happened at these job sites.

"As a contractor I can’t carry everybody’s jobs," said Welker. "When you run out of money and you can’t pay me, you breach the contract."

When asked about the permits at Ngo's house, he replied, "No, she didn’t want to pull permits."