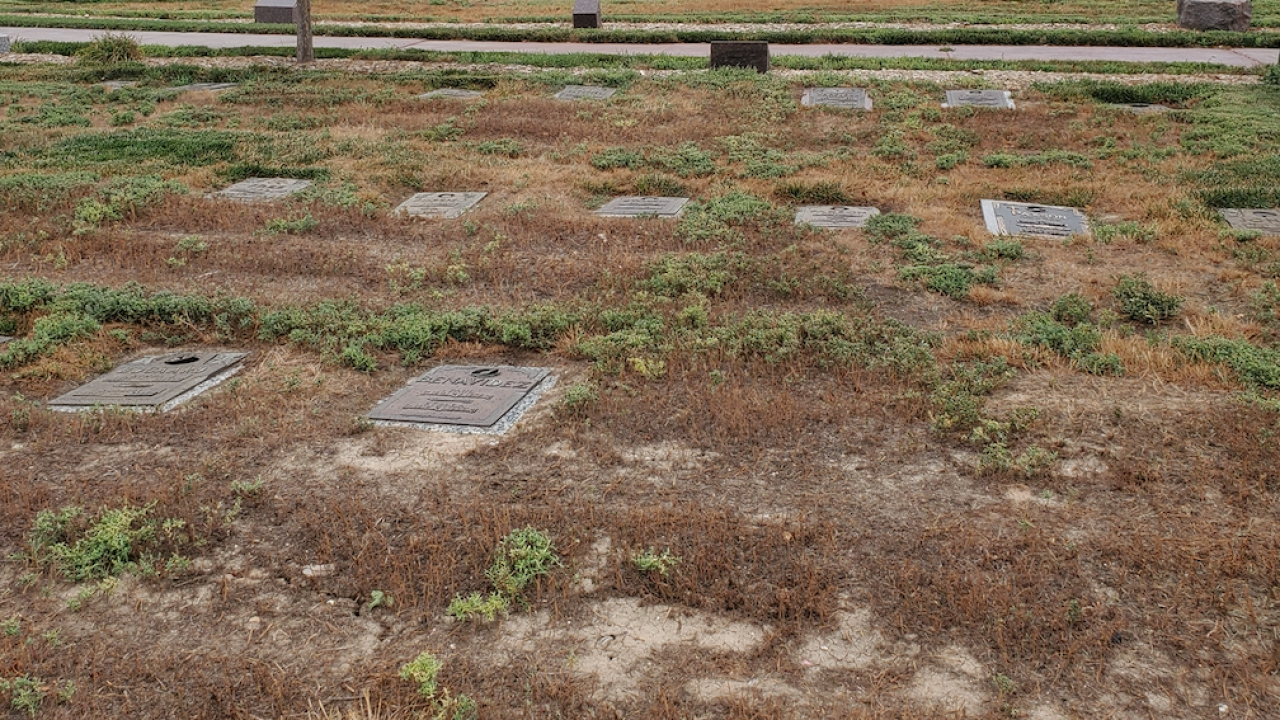 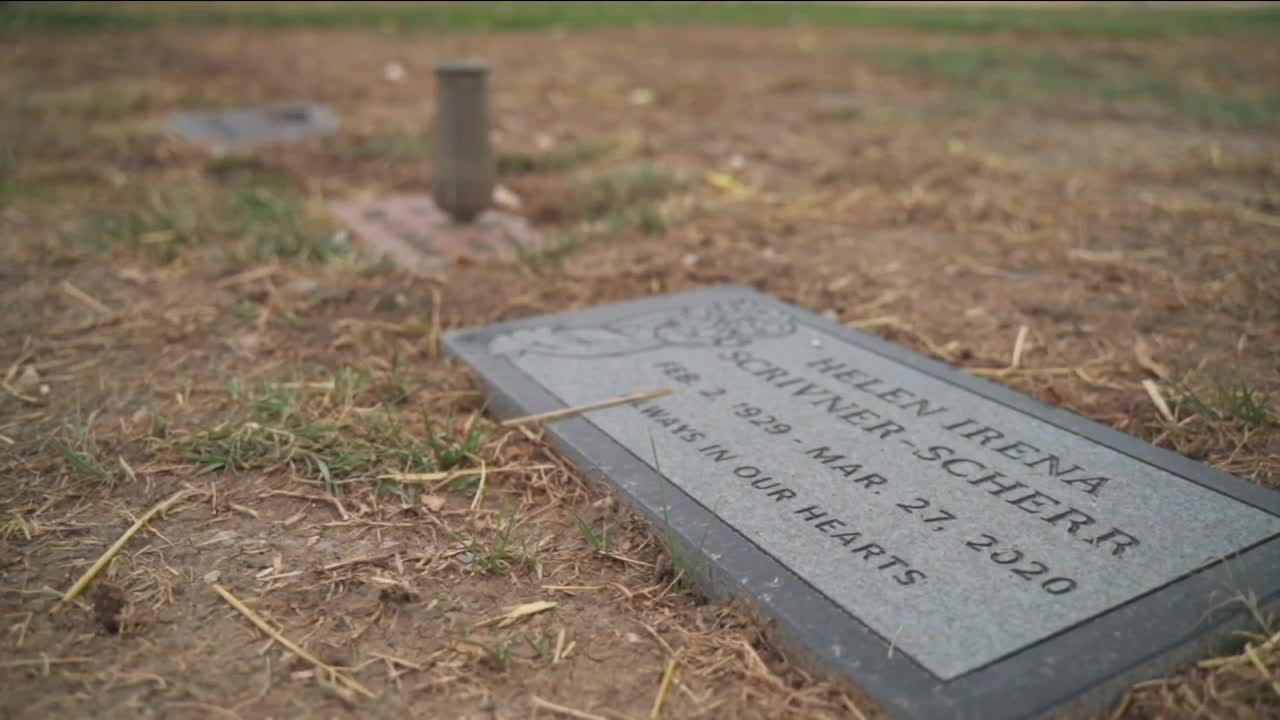 BROOMFIELD, Colo. — A cemetery should be a place of healing and quiet time, according to Mary Kellner. But when she goes to the cemetery where her parents are buried, she feels anger and disrespect.

Kellner’s parents are buried at the Olinger Evergreen Cemetery, not far from I-25 and Highway 7 in Broomfield.

But she’s not shedding tears over her loss, but rather over the condition of the cemetery itself.

“A little bit of grass and 80% weeds and mud. There’s several headstones that are sunken into the ground where they’ve overwatered in the areas where they do water,” she described. “There’s some they’ve driven the equipment across and have actually cracked the headstones.”

Kellner pointed out at least one headstone where the metal nameplate had been bent, the stone beneath it cracked. She took other photos of nameplates only half attached to headstones, and others that show what appear to be construction vehicle tracks in mud between headstones and grave markers.

She described the conditions not as simply a result of the late fall weather, but an ongoing lack of care for an extended period of time. She pointed to her mother’s grave as an example.

“It’s just open mud since we buried her in April,” she said.

Mary said that if not for a promise made to her mom, she wouldn’t have ever placed her in a place that looks like Olinger Evergreen Cemetery.

“It should mean something to them as much as it does to the families of the loved ones out here and it just doesn’t,” she said, citing what she called "excuses" every time she raised concerns.

Though it has the Olinger name, the property is owned by a national company called StoneMor Inc. Contact Denver7 sent them Mary’s photos of the conditions at the cemetery and they replied with an emailed statement.

“We have a new company in charge of landscaping who just took over recently. They are working through a plan currently to rectify the situation. This will include the weeds, grass and attention to any of the sunken graves,” the statement read, in part.

Kellner and other families with loved ones buried at Olinger Evergreen now hope that the cemetery can be returned to the peace and healing that they believe it deserves.

“I would love to see somebody care about this cemetery as much as it should be cared for,” she said.