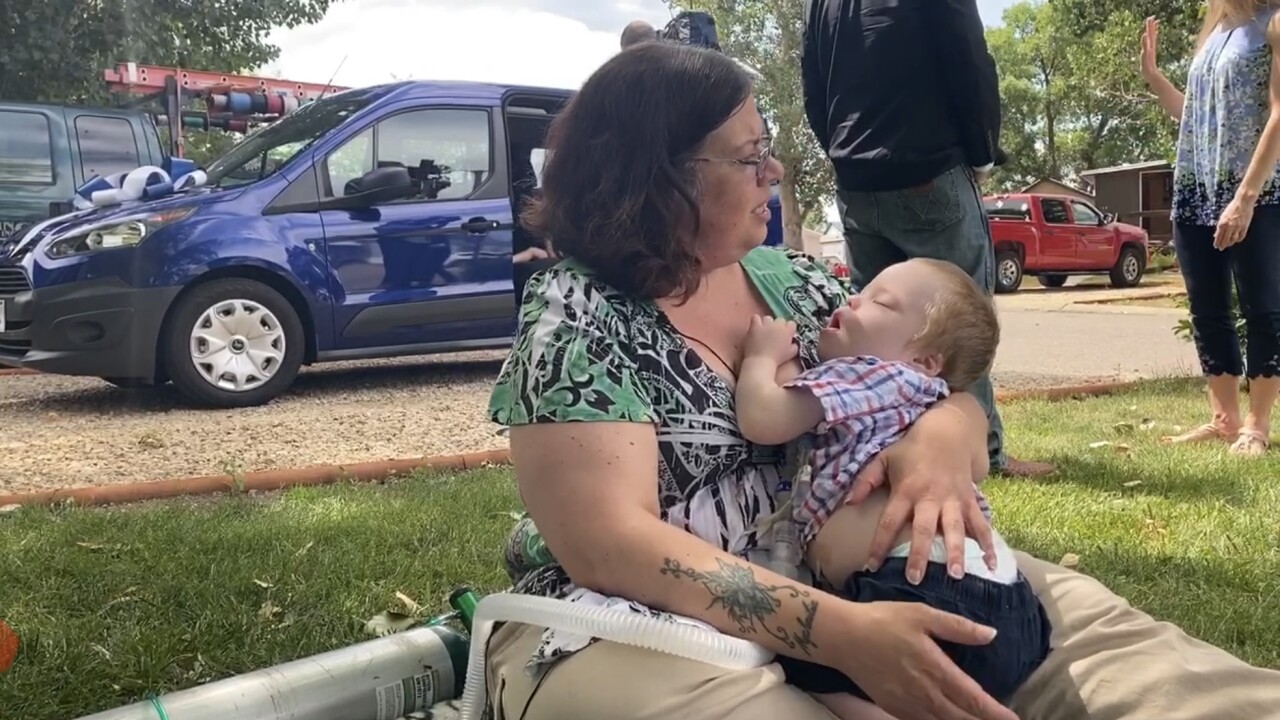 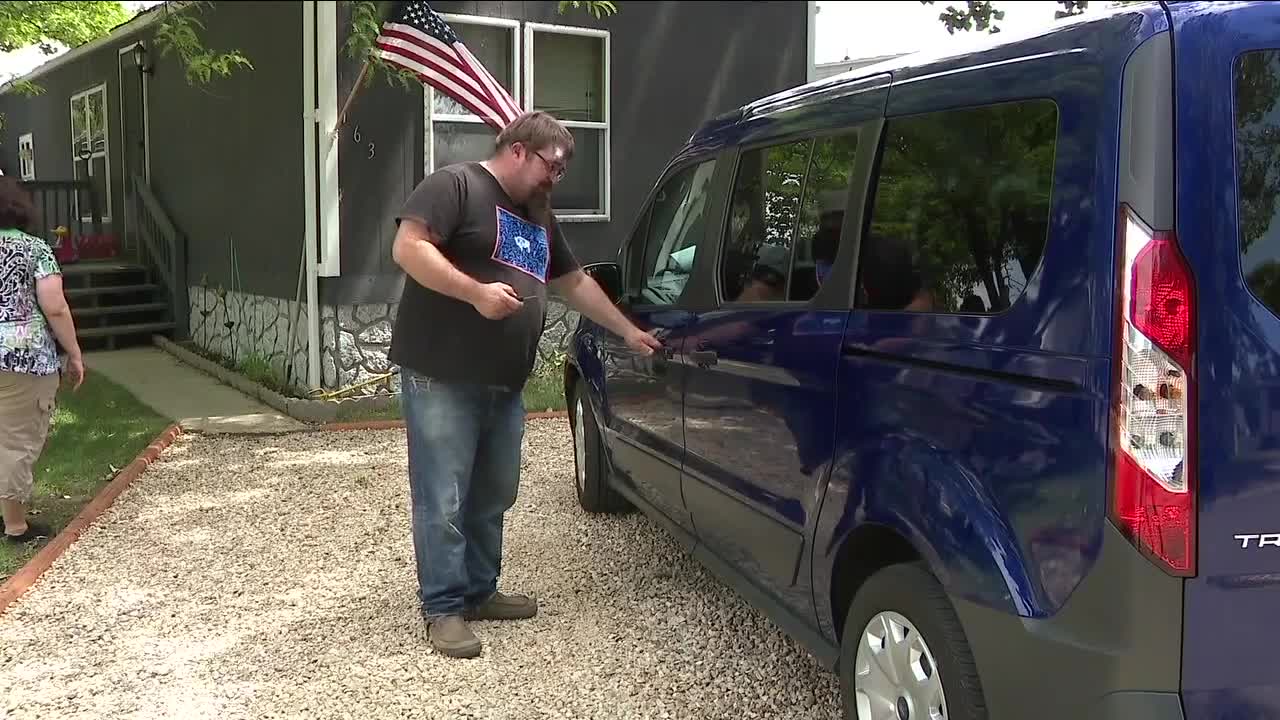 SHERIDAN, Wyo. -- It might have been hard to convince Ira and Yvonne Fischer on the day their family's van was stolen that everything happens for a reason.

"Your vehicle gets stolen like that and you feel lost, you feel alone," said Ira Fischer.

But it was precisely that event, in early July, that sparked a chain of reactions even they could not have imagined.

Ira, and his wife, Yvonne, drive from their home in Sheridan, Wyo., to Denver every other month to take their son Lane, who has Down syndrome, to Children's Hospital in Denver. The van had everything they needed to commute six hours south on I-25 while keeping their son safe.

"That was our ride. That was our everything down there in Denver," said Ira. "When I looked, broken glass, stuff like that, seeing, but it was just panic, that it was gone."

The family was stuck in Denver without a way back to Wyoming. Then, a friend suggested they contact Denver7 Gives.

The next day, the Fischer's story went viral. Shared with thousands on social media, Denver7 Gives was able to raise the money needed to get the family home — but it didn't stop there.

"It was just really overwhelmingly amazing of how many people came together or contacted us," said Yvonne Fischer.

But the family still needed a handicap van. Where there was a need, their neighbors pitched in.

A Sheridan company called Cowboy Skill Games purchased a new Ford Transit Connect in Indianapolis. Then, representatives from AutoFarm car dealership in Evanston, and Midway Auto and RV in Worland, Wyo., drove it all the way to the Fischer's front doorstep.

The giving didn't stop. Fremont Motors in Sheridan offered free repairs for the family's new van. And Denver7 viewers from across Colorado and Wyoming pitched in to pay for the titling and insurance. If that was not enough, the Fischer's rent was paid off for the rest of the year.

"The amount of people that truly do care is just incredible," said Yvonne. "We can't thank people enough."

There is a saying that Wyoming is just a small town with long roads. That town, for the Fischer family, stretches far beyond the borders of the Cowboy State.

"It's been like one of those surreal moments where something really bad happened, but there was ten times the amount of good people," said Yvonne.

Their car was stolen, and their hope lost, but it was the generosity of neighbors on those long roads that brought it all back.

"Now I don’t feel alone anymore," exclaimed Ira, with tear in his eyes. "Not just a speck in the world anymore."