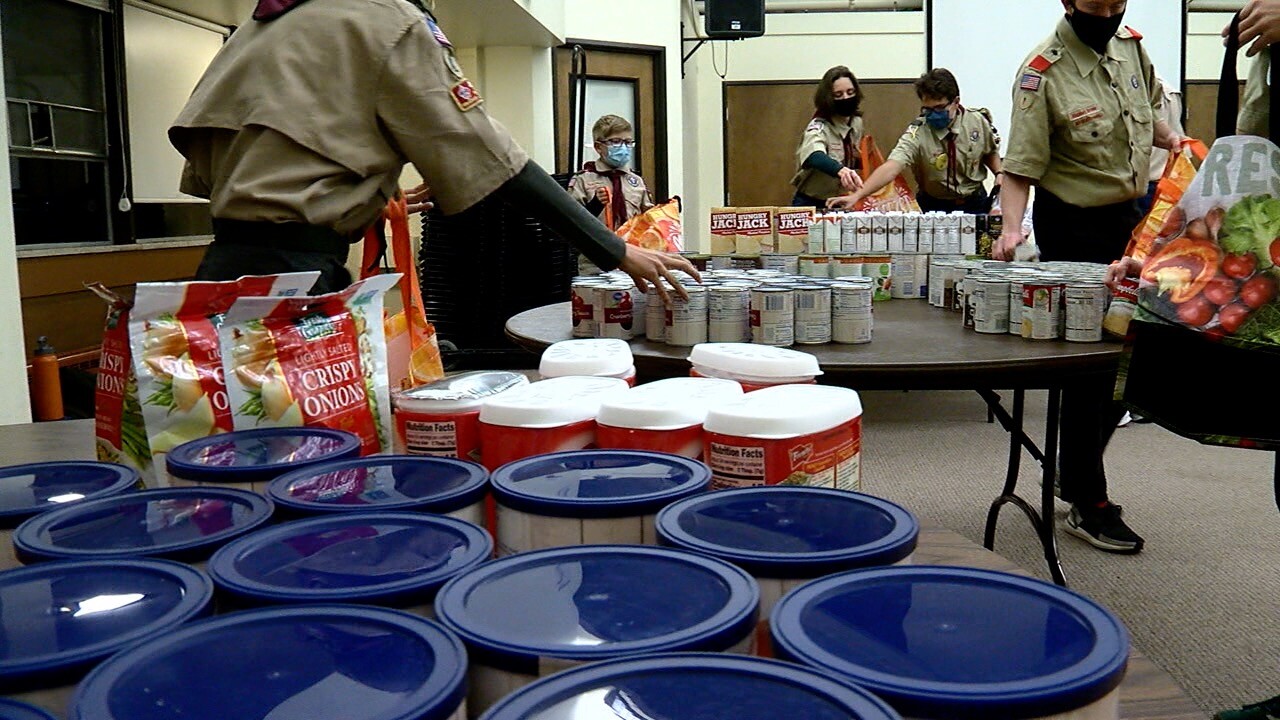 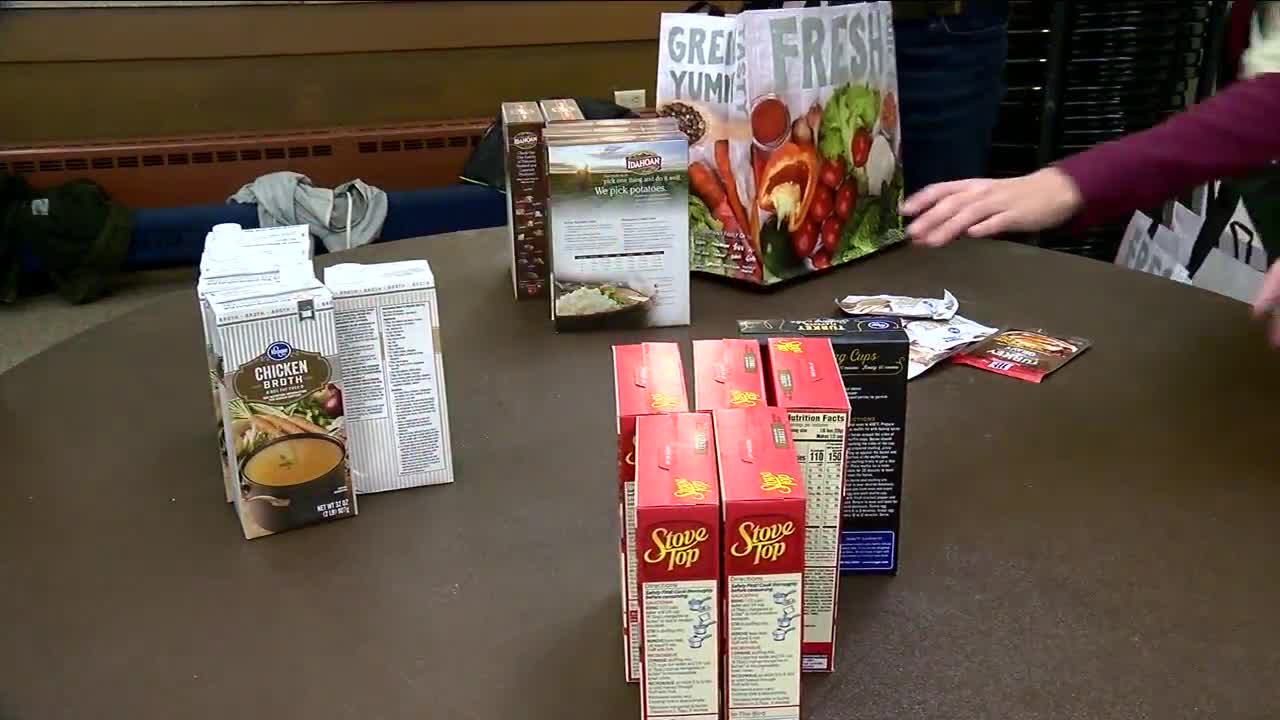 Editor's note: Denver7 features the stories of people who need help and now you can help them with a cash donation through Denver7 Gives. One hundred percent of contributions to the fund will be used to help people in our local community.

GOLDEN, Colo. — Denver7 viewers stepped up to help a Boy Scout troop after their trailer was stolen from a church parking lot. Ever since, the troop has been working on a plan to pay it forward.

During stay-at-home orders, someone stole a trailer from Boy Scout Troop 613. They used the trailer to haul camping supplies and they were devastated when it went missing. The trailer was recovered by police a few weeks later, but in order to get it back, the troop had to pay more than $300 in tow yard fees.

Denver7 Gives used donations from viewers to present the Boy Scouts with a check to cover the expense, but the troop had other plans for the money.

"We went and grocery shopped for these Thanksgiving meals," said Lincoln Hall, a member of Troop 613.

Troop 613 used the check from Denver7 Gives to assemble 40 Thanksgiving meal kits. They dropped the food off at the Christian Action Guild's food pantry where it will be distributed to local families later this month.

“I think that’s amazing, to see that there’s a need, they had a need for a trailer, but they saw a bigger need," said Kelly Ivan, Executive Director for the Christian Action Guild.

The scouts reached out to the food pantry and put together a shopping list based off items they needed for the holiday. They said it was important to use the money to pay it forward because so many people are in need and lost jobs as a result of the COVID-19 pandemic.

The Christian Action Guild serves the Golden area and Ivan said demand was up 30% in October alone.

"It feels really good to just help out, you know?" said Alexander Py, a member of Troop 613. "It puts a warm feeling in your heart for sure."