Denver woman has car stolen, returned, then vandalized all within a few of weeks 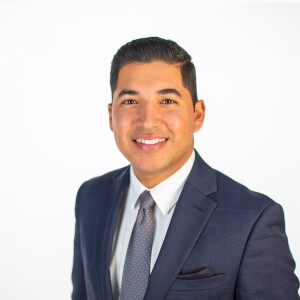 Cara Shirley's car was stolen from her Denver apartment and then recovered only for it to be broken into again. It's an issue seen across the city, with the Denver Police Department reporting at least 400 vehicles stolen this month so far.

DENVER — For the last year, Cara Shirley has called Broadstone on 9th home.

“I do really like living here. I've never really had any issues with anything until this last month,” Shirley said.

Last month, she fell victim to something many car owners in Denver have endured.

“On Dec. 27, my car was stolen," Shirley said. "About a month later, when I finally got it back, it was vandalized again."

Shirley had parked her car inside her apartment complex’s garage when it was stolen. She said she immediately reported it to management.

“They kind of just told me, 'This is Denver, this happens here,'" Shirley said. Obviously, I was a little frustrated."

She received a similar response from the Denver and Aurora police departments, which were the departments involved in her case.

“Aurora police told me that they don't usually investigate these matters because they're usually too hard to solve,” Shirley said.

After weeks of having her car in the shop to fix the door lock, handle and ignition, she also invested in other ways to keep her car safe.

“After the first one, I started putting a club on my steering wheel,” Shirley said.

Even with all of the effort, it didn't stop her car from being broken into again.

“I'd taken every single thing out of that car. There wasn't even a penny left inside of there. So, why they broke into it? I have no idea,” Shirley.

The Denver Police Department has recorded at least 400 car thefts so far in January.

In a statement, Broadstone on 9th says, in part:

“Car thefts in our complex also reflect the thefts in Denver as a whole with thieves targeting Kia and Hyundai specifically. This manufacturer does not install ignition immobilizer. We have had some cars stolen multiple times and given camera footage to the police.”

For Shirley, it’s a citywide issue, leaving her and others feeling helpless.

“It just doesn't make sense that a person that works hard and owns their car should have to live in so much fear all the time,” Shirley said.

Editor's note: Denver7 seeks out audience tips and feedback to help people in need, resolve problems and hold the powerful accountable. If you know of a community need our call center could address, or have a story idea for our investigative team to pursue, please email us at contact7@thedenverchannel.com or call (720) 462-7777. Find more Contact Denver7 stories here.