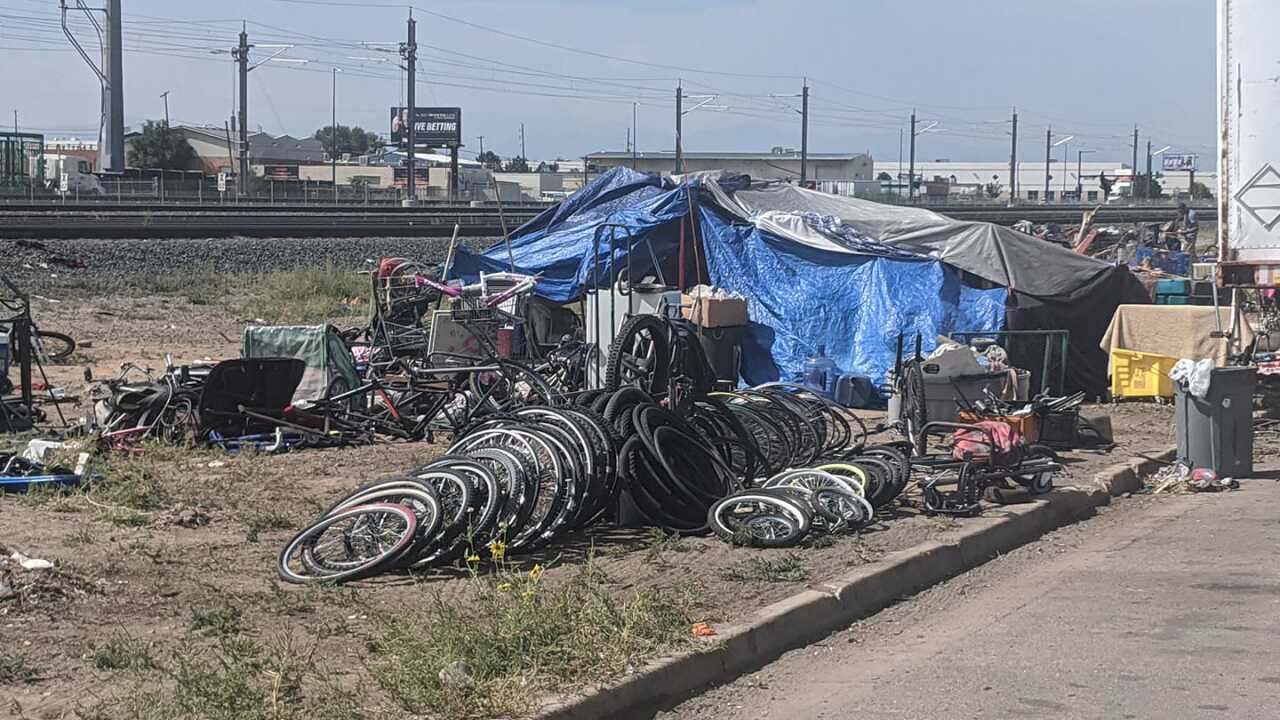 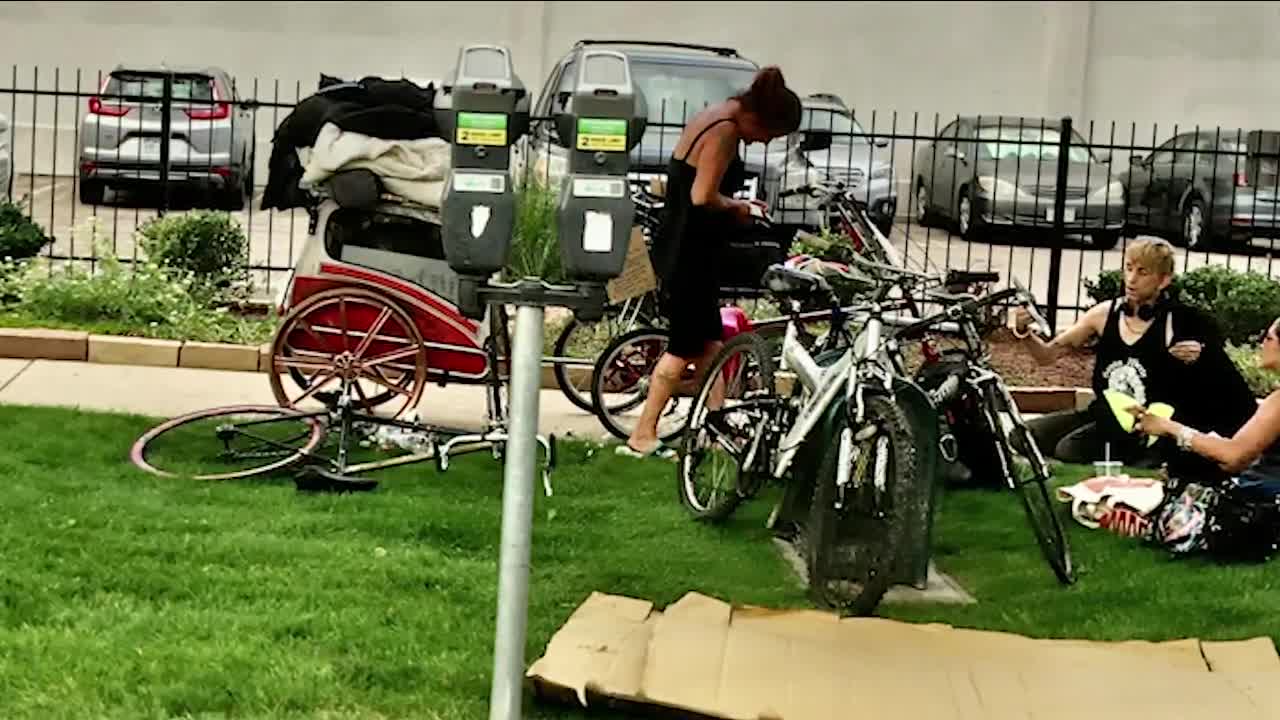 DENVER -- A homeless camp or a bicycle chop shop? In Denver, they can certainly at least appear to be one and the same. So many bikes have been stolen across the city, some people -- encouraged on social media -- are now going from camp to camp looking for their property.

"I would rather have my car stolen than this," said Carter Haun, pointing to his custom mountain bike. "It would be easier to get another car."

Less than three weeks after Haun moved into his downtown Denver apartment, his bicycle was stolen from his car, and he was determined to find it.

"I've been working on it (his bike) for a decade," he said. "I wasn't going to just give it up without a fight."

He started with a post on a Facebook group called "Denver Stolen Bikes," where more and more people are posting maps and photos of homeless encampments they call "chop shops."

"There's a whole group of people who just kind of go around and look for bikes to help find them," said Haun, who said someone spotted his bike after he started searching every camp listed on the map.

After days of looking, he finally saw a man pushing his bike near the camp at 13th Avenue and Logan Street.

Contact Denver7 learned his story is not unique. Leah Bilquist posted photos after she found her bike at the camp near Morey Middle School.

"I think attention needs to be drawn to the homeless situation and how awful it is becoming to live in Downtown Denver," she said.

Other cyclists post videos of thieves in the act, hoping someone will recognize the person cutting their bike locks.

Denver7 went to see first hand the piles of parts and high-end rides in camps all over the city.

Denver Police say it is a complicated situation.

"When our officers have gone into these camps, they see bikes. They see bike parts, but it's really hard to determine did these come from a stolen bike or not," said Jay Casilas, who said many people don't have their bike's serial numbers or photos.

Advocates for people experiencing homelessness say the community is being unfairly blamed. The camp bikes and parts may not be stolen. People in the camps my not have stolen them.

"It's possible their bikes got stolen and abandoned at the camps," said Benjamin Dunning, an organizer with Denver Homeless Outloud. "I think it's a good idea for people to lock up their bikes securely."

Bicycle Colorado's Jack Todd agrees that strong locks and serial numbers are important, but so is support from the City of Denver. New bike corrals, he said, are a step in the right direction.

"We are always asking the city to do more, but they have taken great steps in the last year to improve bike parking," said Todd.

Meanwhile, Haun said he had to pay $160 to get his bike back from the man pushing it.

"I wish there was some way I didn't have to pay to get my own bike back," he said. "People said I shouldn't have done that, but I wanted to keep things calm."

While DPD said they don't recommend searching homeless camps because of safety concerns, a growing numbers of bike owners posting on social media say it's the only way to get property back.

"Don't give up. Go look for it," said Haun. "I know they're not all criminals. Some of them are nice, but it just sucks when people steal things from you."