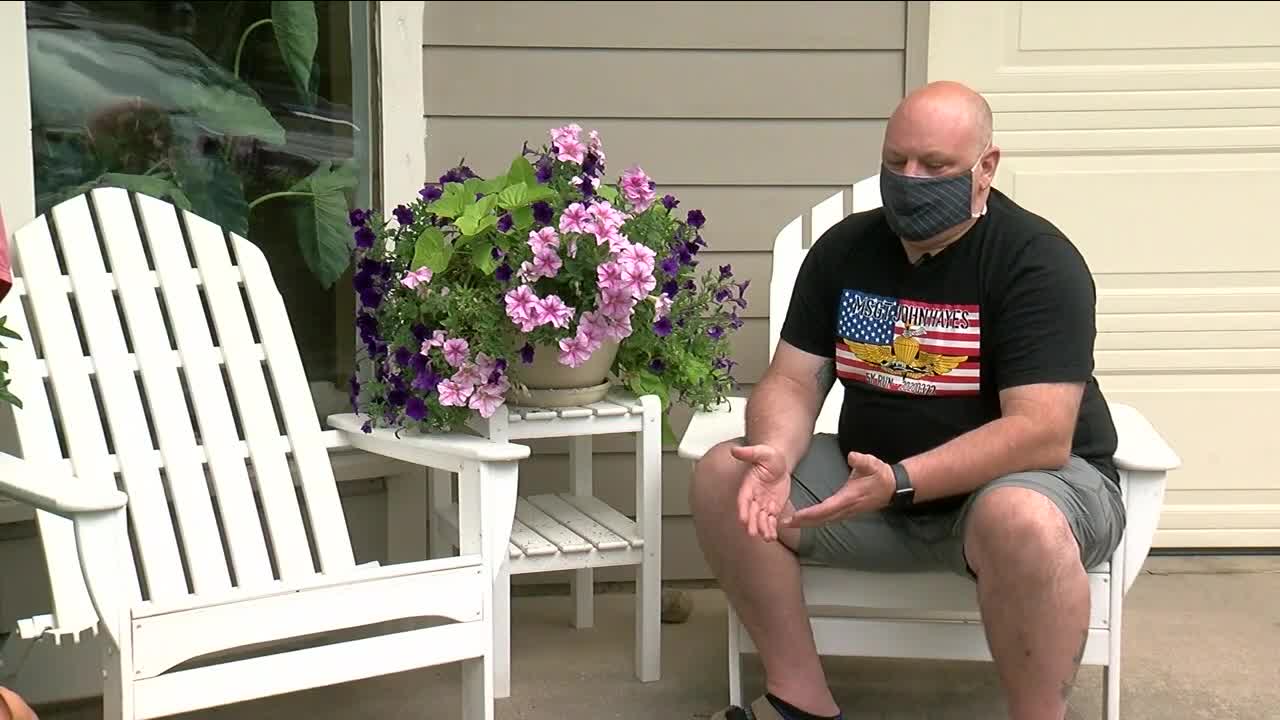 GOLDEN, Colo. -- Seven surgeries later, Eric Schmucker, has received his fair share of medical bills, but he says the only bill he's having trouble with is for an imaging center where he had an MRI.

Schmucker went to the emergency room back in January when he started having trouble with his right foot. Doctors soon discovered he had flesh eating bacteria. He spent more than a week in the hospital and had multiple procedures, but as he recovered he struggled to understand one of his medical bills.

A bill from Colorado Imaging Associates was sent to Schmucker in February showing he owed $413.80, then he continued to get additional bills showing different amounts owed.

"We continued to get bills for different amounts like every couple of weeks and so it was very confusing," said Schmucker.

That's when Schmucker called Colorado Imaging Associates in an attempt to find out what he was supposed to pay. He said the business referred him to a billing company in Pennsylvania.

"We called on that one, spoke to a gentleman and at the time asked him is this what we owe, is this the final so we paid that only to receive a bill a week later for another amount," said Schmucker.

He said the employee told him to pay the bill for $66.67, so he submitted his payment and thought that was the end of this ordeal; that is, until received a notice from a collections agency.

"So we got a letter saying we had been sent to collections for $105 and like six cents, the problem was we never received a bill from Colorado Imaging for that amount," said Schmucker.

The Colorado Consumer Health Initiative is now looking into the matter and working to assist Schmucker. The nonprofit helps consumers with medical billing questions and concerns.

"I think it’s really hard once somebody is sent to collections, even if it is wrongfully done, to unravel that and it really takes the provider or the billing company essentially advocating for that individual and admitting their error," said Adam Fox, Director of Strategic Engagement for the Colorado Consumer Health Initiative.

Fox said billing practices like this can harm consumers and even hurt their credit score.

"I think that is really frightening if a company can’t tell you what you owe after multiple times of sending you bills, that’s a real problem," said Fox.

He recommends checking to see what your insurance company is being billed and make sure that number aligns with any bills you receive. Fox also added that companies are supposed to provide adequate notice before sending someone to collections and he doesn't believe that happened in Schmucker's case.

Denver7 reached out to Colorado Imaging Associates and talked with the CEO, Jim Huber, on the phone. Huber said, "I'm not going to comment about patient billings."