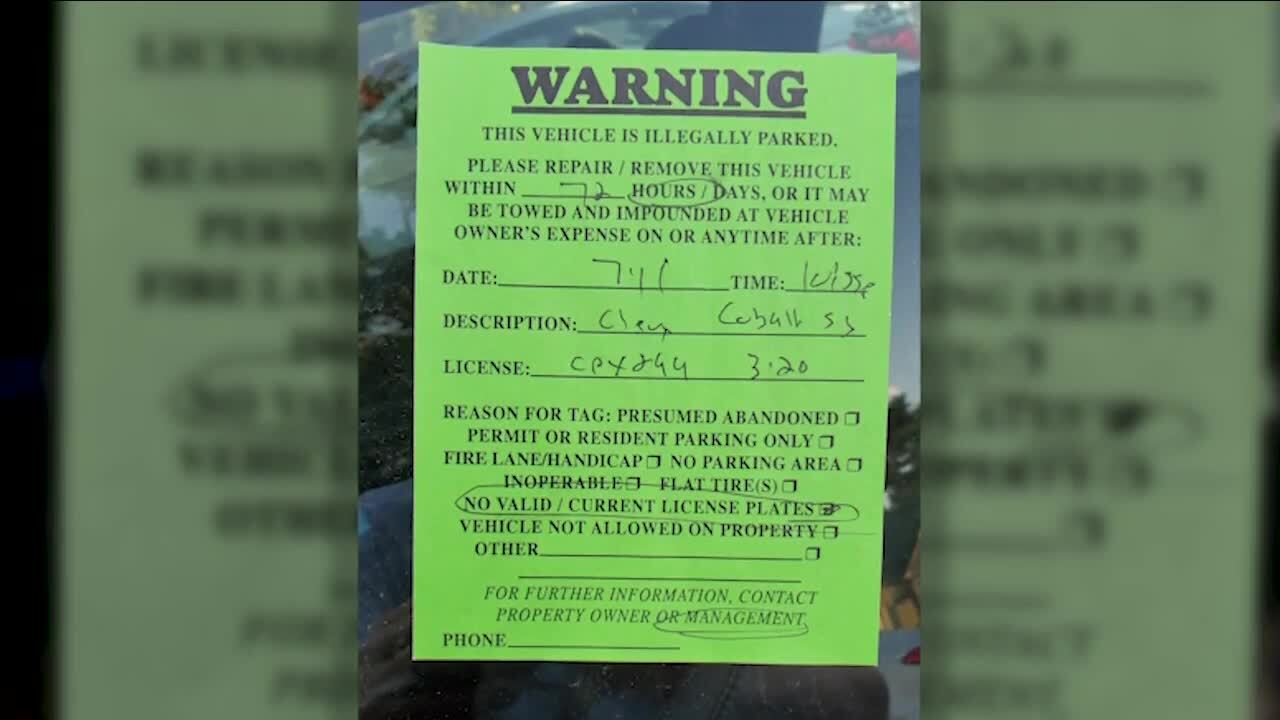 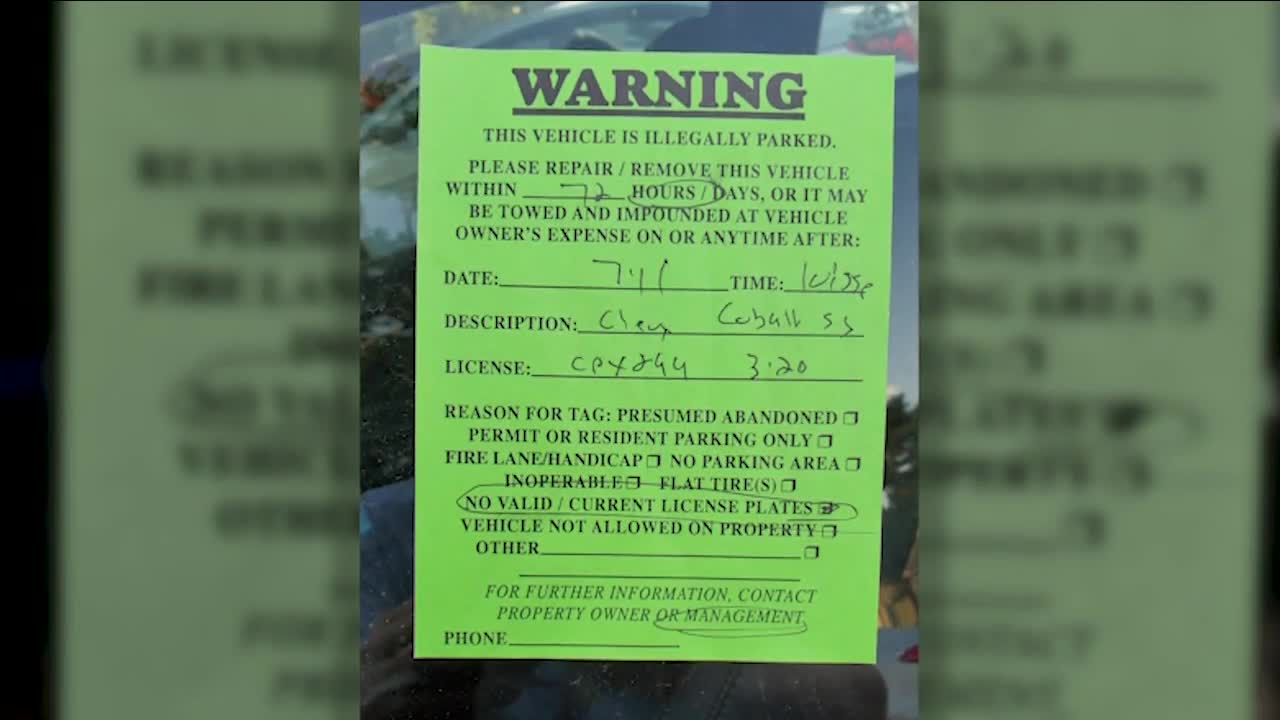 "They claimed the rocking chairs on my porch were 'clearly indoor style' and told me to remove them immediately," he remembers. "I sent them the link to the Home Depot that showed they were outdoor patio rocking chairs, and I haven't heard anything else about it."

But what happened last week, he said, was "below the belt."

"I saw the tow company slapping notices on my neighbor's cars," said Meaux. "It basically said their plates were expired, and they had 72 hours to either remove the vehicle from the property or have their plates fixed or their cars would be towed."

The problem is that many Arapahoe County DMV offices had been closed because of the pandemic or were only taking appointments.

"It was rather surprising to me, with the management company knowing that people can't renew their plates, that they would still take the extraordinarily underhanded step of putting violation notices on people's cars," he said.

Windsong residents reached out to Contact Denver7, saying this is just the latest issue from a rogue HOA.

"They're taking advantage of the COVID situation," said Melissa Steiner, who has lived at the complex for almost 25 years. "They haven't had a public meeting since January. They chose not to do virtual meetings."

Steiner and Syril Veinhorn are upset about the towing threat, but also about a major landscaping project they said was approved with little notice to residents.

"I had a beautiful lawn. They ripped out the grass on May 4th," said Veinhorn. "It's all rocks, so it's totally unusable. Not only that, it heats up your house."

"We immediately corresponded with them saying, 'no, take these off your list. You cannot tow any of them.' So no cars were towed, to my knowledge," said Vickrey, who said board members "underestimated" the response to the xeriscaping project. "Communication is always difficult. You have 398 units at Windsong. Could we do a better job of communicating, the board, management? Always."

Windsong residents are starting a petition for a special HOA meeting to address many issues, hoping no more pandemic surprises are on the way.

"They simply don't tell us anything," said Meaux. "They're awfully interested in anything that gets them fines or money coming in, but not terribly interested in informing the community of anything else."