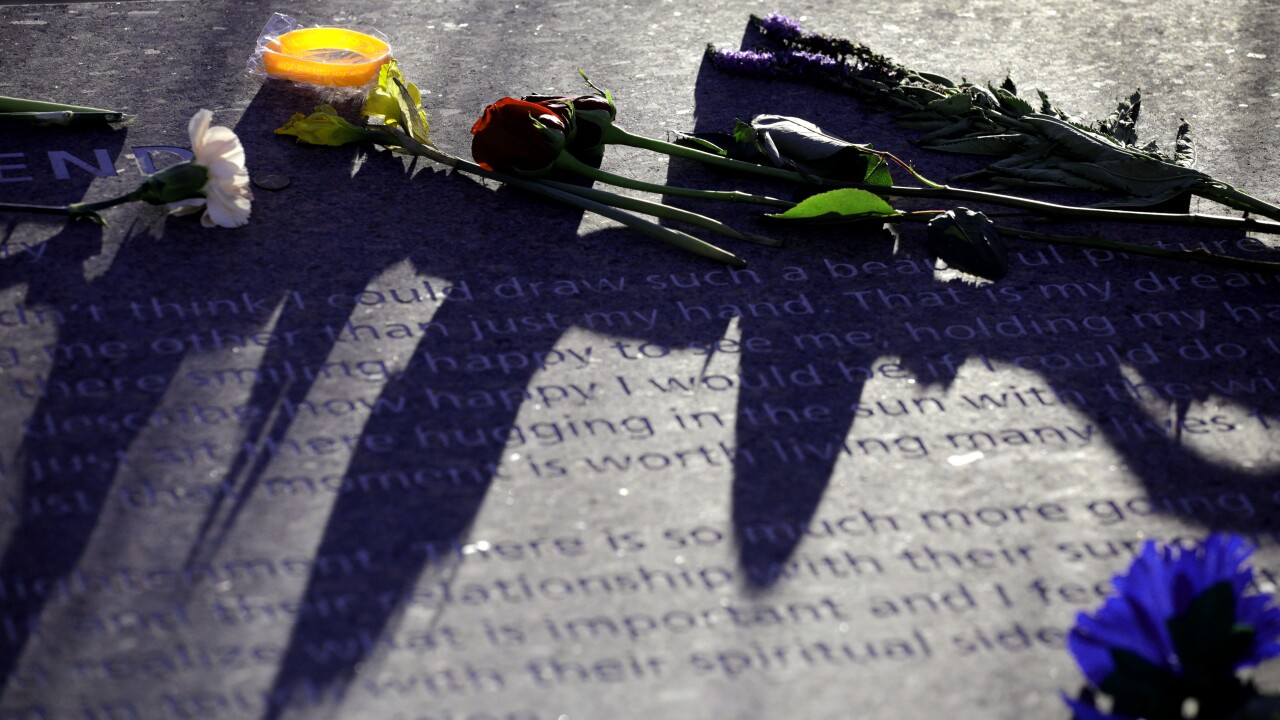 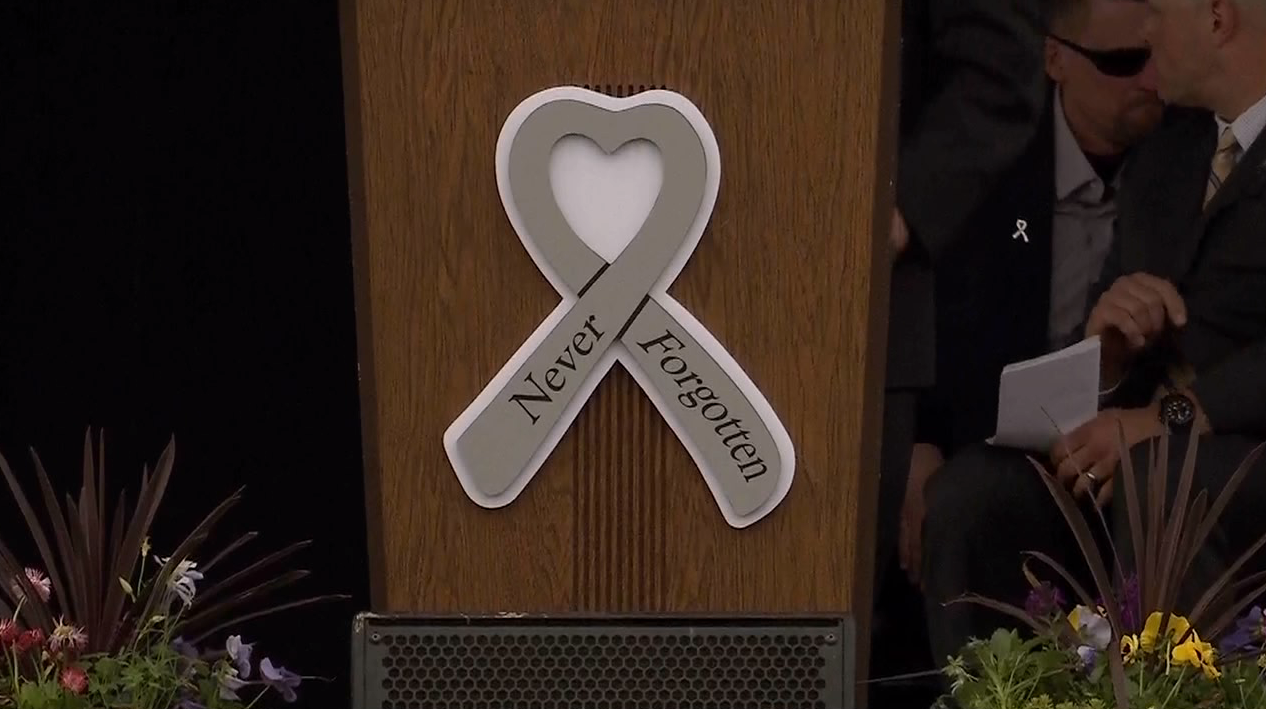 LITTLETON, Colo. (AP) — Community members in suburban Denver marked the 20th anniversary of the Columbine High School shooting Saturday with a remembrance ceremony that celebrated the school's survival and by volunteering at shelters, doing neighborhood cleanup projects and laying flowers and cards at a memorial to the 13 people killed.

"We're changed," Dawn Anna, whose daughter Lauren Townsend was among the students killed in the school's library, said before a crowd of more than 2,000 gathered in a park near the high school. "We're weaker in some places, but hopefully we're stronger in most of them. Our hearts have giant holes in them. But our hearts are bigger than they were 20 years ago."

The events ended a three-day slate of somber gatherings honoring the victims and lending support to their families, survivors of the April 20, 1999, attack and the school's students and staff. The decades since have brought similar violence at schools in America, and some survivors and victims' families have found themselves acting as a support system for those affected by other tragedies.

Speakers on Saturday portrayed healing and recovery as the result of daily work — not a destination to be arrived at in a set amount of days, weeks or years.

Forgiveness, though, is achievable, said Patrick Ireland, a student who became known as "the boy in the window" when cameras captured him dangling from a second-story window before falling during the 1999 school shooting. He re-learned to walk and talk with months of physical and cognitive therapy.

"Our innocence was stolen," Ireland said. "How can that ever be repaid? But forgiveness is a process. It takes time. It takes practice, repetition, translating that rhythm into moving."

The afternoon ceremony at times had the feel of a reunion. Former students introduced classmates to their husbands or wives and the crowd jumped to their feet when a retired teacher led a call-and-response cheer of the school's mantra.

"We are" Ivory Moore yelled, his voice straining.

"Columbine!" the crowd replied, some pumping their fists in the air.

There were tears too, particularly as photos of the victims at various ages flashed across a projector screen during a video that featured current Columbine students pledging to honor them with community service each year on April 20.

At the ceremony's end, Frank DeAngelis, the school's principal at the time of the shooting, read the 13 names aloud in a wavering voice. A bell rang 13 times, and white doves soared into the cloudy sky for each individual.

Starting in the morning, a steady stream of visitors stopped at a memorial that sits on a hill overlooking the school. The site includes an oval outer wall of stone with plaques featuring quotes from officials and Columbine students and teachers, and an inner ring with plaques for each person killed.

People walked silently through, occasionally stopping to hug a friend or wipe away tears.

Sharon and David Hampton brought white roses to place at the memorial, which opened to the public in 2007. They have lived in the area for more than 30 years and watched three sons graduate from Columbine.

None were enrolled at the time of the massacre. Sharon Hampton was a preschool teacher at a nearby elementary school. On Saturday, she wore a black T-shirt reading "Be kind," a message she wants people to remember on the Columbine anniversary.

"Take time," she said, as tears came to her eyes. "We all face challenges. Try to understand. We can lean into that each day and help one another."

Other visitors left cards, bouquets and seed packets for columbines, the Colorado state flower, around the memorial plaques. Sheriff's deputies patrolled the area on foot and by bike on a warm day as Little League games went on at nearby fields.

Also Saturday, Columbine students, staff and others took part in community service projects, including cleaning up neighborhoods, volunteering at homeless shelters and doing spring cleaning at the homes of senior citizens.

The days surrounding the anniversary remain emotionally fraught for survivors of the attack, including hundreds who escaped the building without physical wounds. Some describe their response to the month as an "April fog," dominated by their memories of the sunny Tuesday two decades ago that shocked the world.

This week brought a new burden as federal authorities led a manhunt for a Florida teen "infatuated" with the shooting.

On Tuesday, authorities published her name and photo after learning she was obsessed with Columbine and had traveled to Colorado and bought a gun. They said she had not made specific threats, but dozens of schools, including Columbine, locked their doors.

More than 400,000 kids stayed home Wednesday when schools shut down across the metro area. The 18-year-old was found dead of an apparent suicide that morning in the foothills west of Denver, about 40 miles (64 kilometers) from Columbine.

Long-planned events marking the anniversary continued as scheduled, beginning with a Thursday evening church service and a community vigil Friday night at the memorial. Security remained heightened at Denver-area schools through the week.