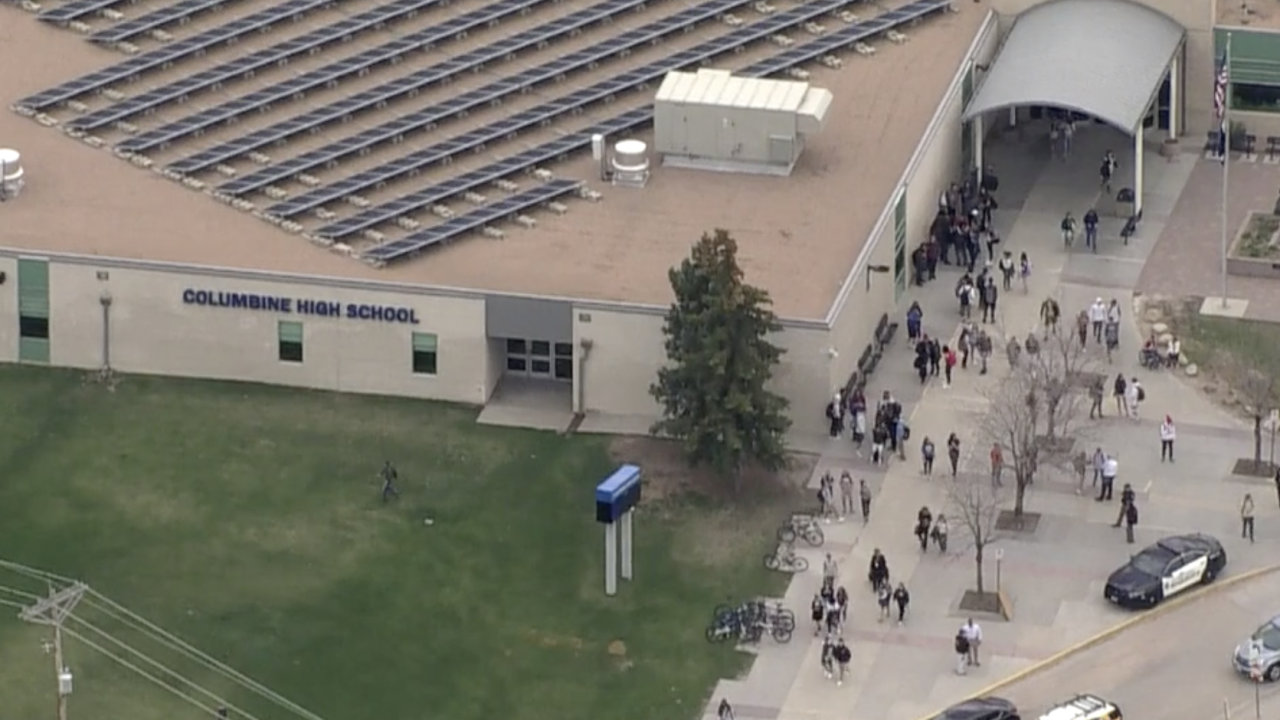 Copyright 2019 Scripps Media, Inc. All rights reserved. This material may not be published, broadcast, rewritten, or redistributed.
AirTracker7
After an 18-year-old woman whom authorities say is “infatuated” with the 1999 Columbine High School shooting made “credible” threats to Denver-area schools, confusion arose on social media over the terms “lockout” versus “lockdown.” 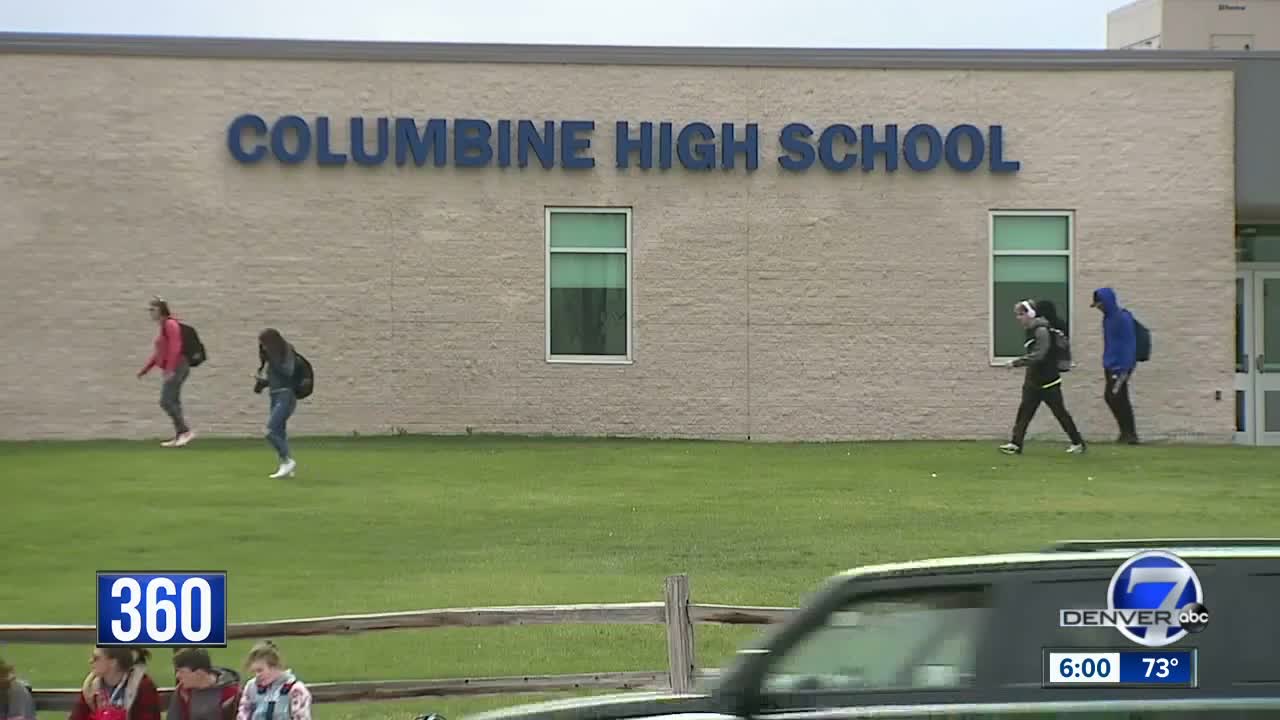 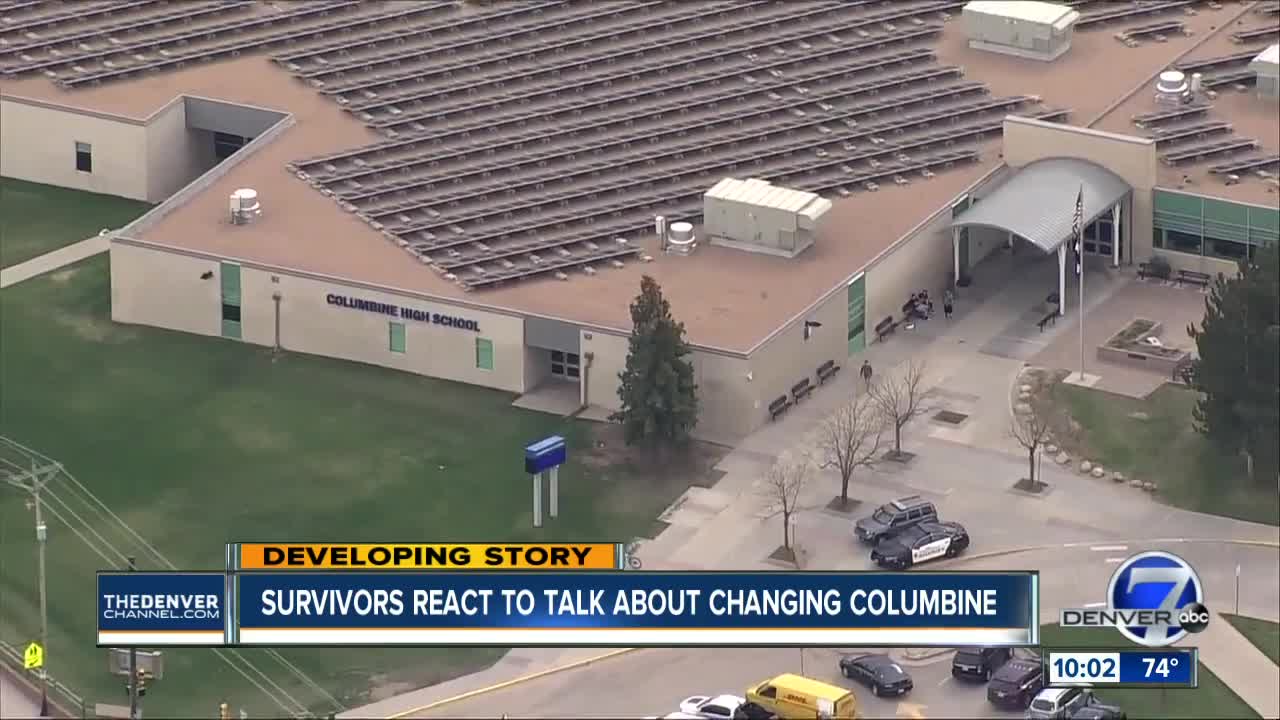 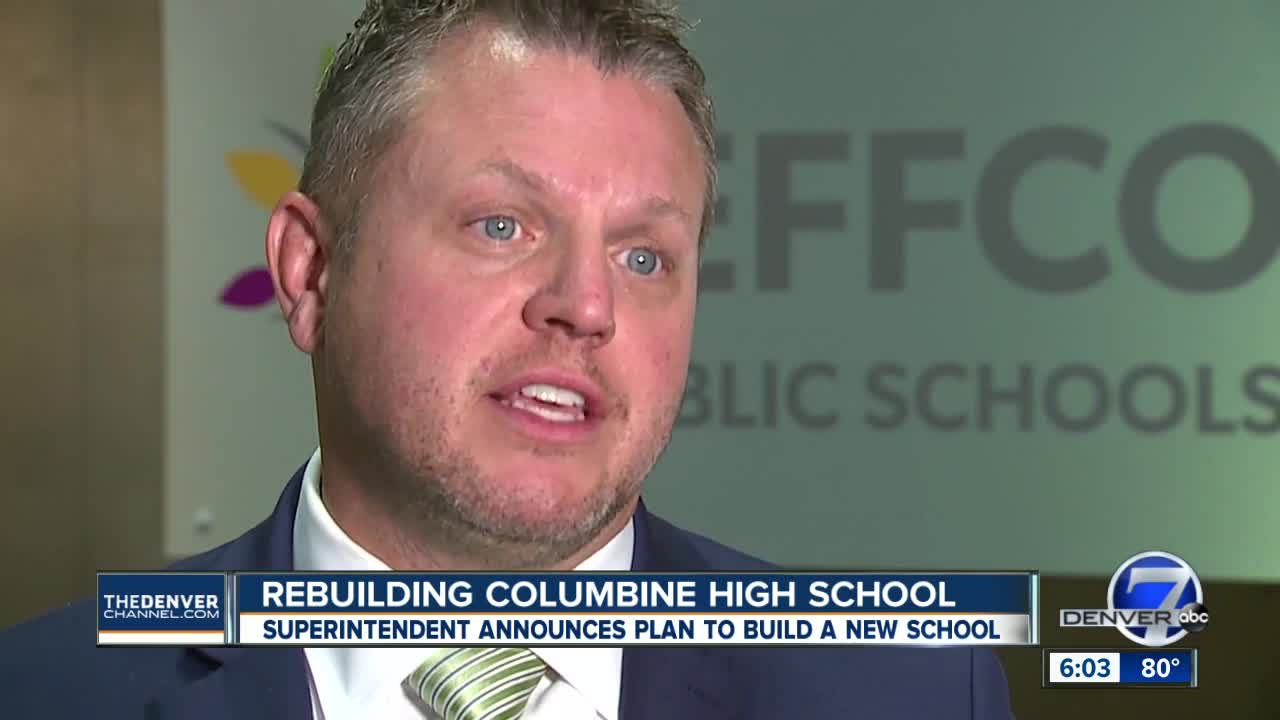 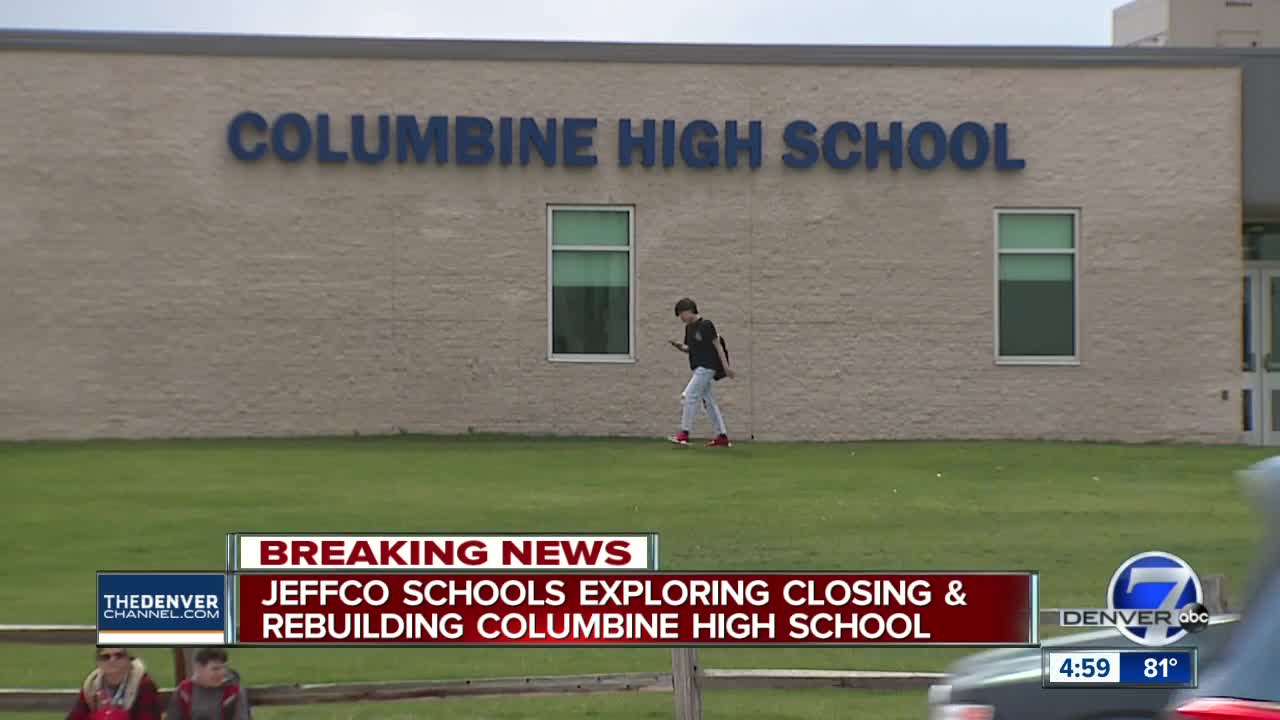 JEFFERSON COUNTY, Colo. – Jeffco Public Schools officials are exploring the possibility of asking voters for funds to build a new Columbine High School and tearing down the current building, where 13 people were killed in a mass shooting 20 years ago, according to a letter Thursday by superintendent Jason Glass.

Glass – who detailed the possible plan in an open letter to the Jeffco Public Schools community, titled "A New Columbine?" – told Denver7 that the school is "constantly under pressure" from people stopping by the campus, either out of innocent fascination or attempts to enter the building illegally.

"We have hundreds of people who try to enter the building or walk onto the grounds or slow-roll by it," Glass said. "We even have tour buses of people that stop outside Columbine High School. It's just a constant threat to the kids that are there."

The plan would call for an additional $60-70 million to build the new school. A renovation of the current school was approved by voters last year, providing $15 million.

Glass wrote that school officials are in the "very preliminary" stages of exploring the idea of a new building, and he asked for community feedback in a survey here.

Glass said the school "continues to serve as a source of inspiration for potential school shooters, and its lasting impact only seems to be growing."

He cited an uptick over the last year in the number of people trying to enter the school illegally and the recent incident involving Sol Pais.

Pais, a Florida teenager who authorities said was "infatuated" with the Columbine shooting, traveled to Colorado in April and made threats toward area schools, before she was found dead from a self-inflicted gunshot wound at the base of Mount Evans.

MORE | Who was Sol Pais? What we know about woman found dead after alleged threats to area schools

The Pais incident was what sparked Jeffco school officials to start discussing the possibility of a new Columbine building.

"Columbine High School has a gravitational-pull for these sorts of individuals," Glass wrote in his letter. "Annually, local law enforcement and Jeffco's Department of School Safety make contacts with hundreds of individuals seeking to enter the school and reconnect with the 1999 murders."

Glass told Denver 7 that the issue "is not subsiding. It's increasing."

He listed several "conceptual ideas" for a new school: The new building would keep the same name, and the school's mascot and colors would also stay the same. The building would be west of the current school, and officials would consider preserving the Hope Library.

Glass said the impact for the additional funds needed to build the school would be about $1-2 per month for a $500,000 home in Jefferson County.

Frank DeAngelis, the principal at Columbine when the shooting happened, told Denver7's Anne Trujillo Thursday that he supports the idea of moving forward with a new campus.

"I know when I was principal, the number of people that would come to the school, the tour buses that would come to the school to look at Columbine... unfortunately there are people who want to see where the killers did what they did, and I think that whole thing is the reason we’re looking at this now," he said. "If it gets to the point that there is a possibility this is going to go to the voters, then I know one of things is... I will meet with the families and get input on what they would like to see."

Shooting survivor Sarah Bray said she has mixed emotions about a new building.

"On one hand, the school is old and a new building would be great," Bray told Denver7 in a text message. "Also, I know security is difficult for the school especially around the anniversary. It sounds like their proposal may alleviate this. On the other hand, the building is a symbol of renewal and hope for alums. [The shooters] wanted it to fall yet it still stands. We won. I don't know how I feel."

Crystal Woodman Miller, who was in the library during the shooting, spoke with Denver7 Thursday evening. She said she sees both sides of the argument.

"The name Columbine, the school Columbine, represents hope to people all over the world, especially to those who have gone through a shooting for themselves," she said. "It’s those of us who were there 20 years ago who carry a message of hope into this world."

In that sense, Miller said it would be hard to say good-bye to a place that is significant to the community as a whole.

"My senior year after the shootings, it was the worst and the best year — part of it was being able to go back in the building, reclaim that building as a community together and say, 'they’re not going to take that from us — those shooters will not take that from us.' It was a moment of victory for us," she said.

Ultimately, Miller said she doesn't believe tearing down the building means the shooters get a victor because the people — no the building — hold the story of hope.

Coni Sanders, the daughter of Dave Sanders, who died securing as much of the school as he could during the onslaught, told Denver7 she was upset about learning of the proposal from news reports.

"Over the years most have been sensitive to informing us. I think its a bit upsetting to not contact any of us, although it seems that we are all a bit torn about it," she said.

Devon Adams, another Columbine survivor, said Glass' letter was "an interesting idea, but I'd rather see those funds used to help catch up on the over $1 billion in deferred maintenance on Jeffco schools or to provide better resources, such a social workers and better staff training, to help students with trauma, mental health, and just everyday struggles.”

Glass told Denver7 that he understands the desire to keep the current school standing.

Columbine spent more than $1.2 million on renovations after the shooting, including building the memorial Hope Library and demolishing the old one.

In the Aurora movie theater shooting in 2012, Cinemark renovated the Century 16 theater and renamed it Century Aurora.

Sandy Hook Elementary School in Connecticut was demolished 10 months after a gunman killed 26 people, including 20 children, in 2012. 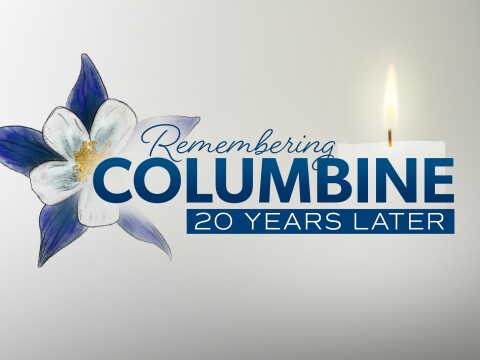