Columbine survivor reclaims her life and finds strength in her family Kacey Ruegsegger Johnson with her family. 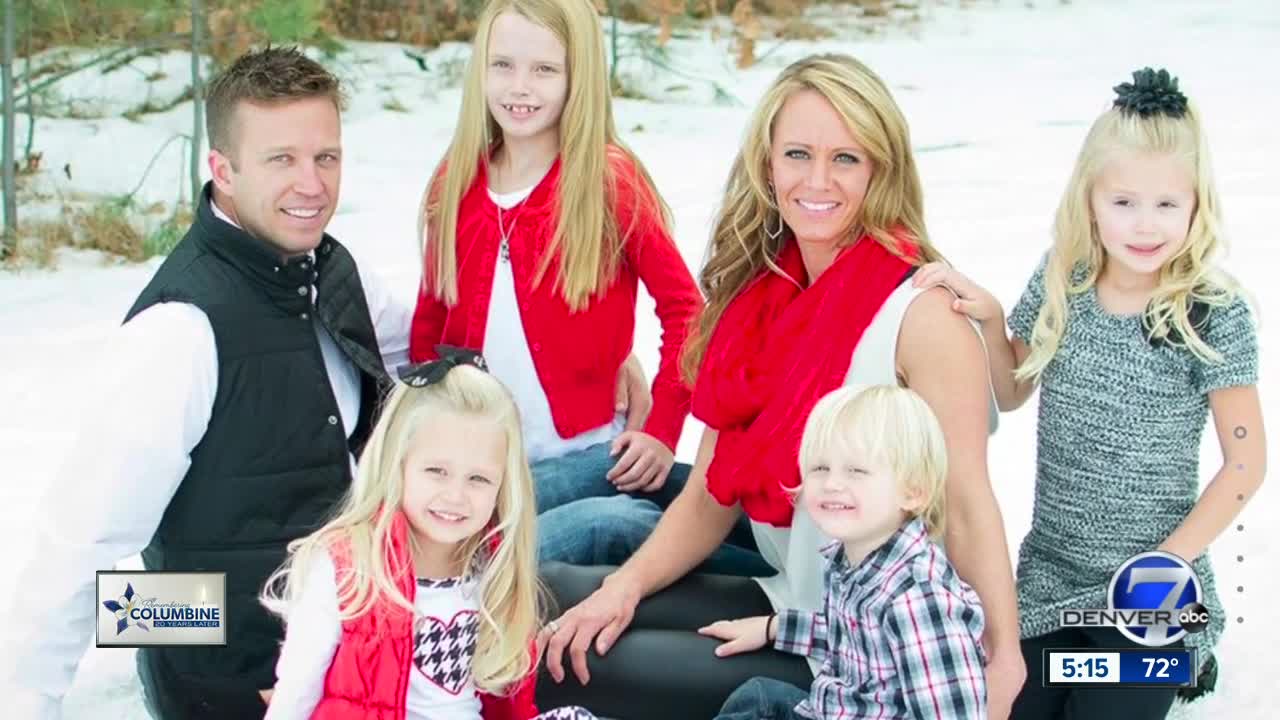 LITTLETON, Colo. – Dropping off her kids at school is no longer the hardest part of Kacey Ruegsegger Johnson’s day.

The mother of four has had to work through how to heal, what to tell her kids, and how much to say about the events from 20 years ago. Over the years, Johnson has brought her children to the Columbine Memorial. The older one, now 11 years old, knows what happened that day.

“She went through every plaque and read every word and just… soaked it in,” Ruegsegger Johnson told Denver7.

The youngest one sees the scars left behind from that fateful day, scars Ruegsegger Johnson calls her tattoos of survival.

“I’m not ashamed of them, but my littlest will ask when they are going away,” she explained.

In 1999, Ruegsegger Johnson was reading a magazine in the school library when a teacher entered, shouting that someone had a gun. The junior crouched under a computer desk, pulling a chair in front of her body. She felt well-hidden, but the shooters' taunting voices and the sound of gunshots grew louder and got closer. Then one of the gunmen leaned down and fired a shotgun at her.

The blast shredded her right shoulder. She tried not to move or cry out, praying the shooter would believe she was dead and walk away. When the pair left the library, other students helped her flee.

Her story is now being told in a newly released book that coincides with the 20th anniversary of the Columbine shooting. She says it took her nearly that long to come to terms with what happened to her that day and to finally be able to reclaim her life.

“Their goal was to haunt my life forever, and I was for so many years giving them that power over the mind and my heart… so when I chose that I wanted the power back, I realized that they never wanted me to have these kids, they didn’t want me to have this beautiful life that I’m so privileged and blessed to get to live,” Ruegsegger Johnson said.

In her spare time, she shares those blessings, speaking about the value of tissue donation – that’s what helped her save her shoulder. And even though she has limited mobility and strength, Ruegsegger Johnson now finds her strength in her family.

“You know, I do live in pain a lot and I have faced a lot of surgeries, but to have two arms to wrap around my kids and to live life with is such a gift.”