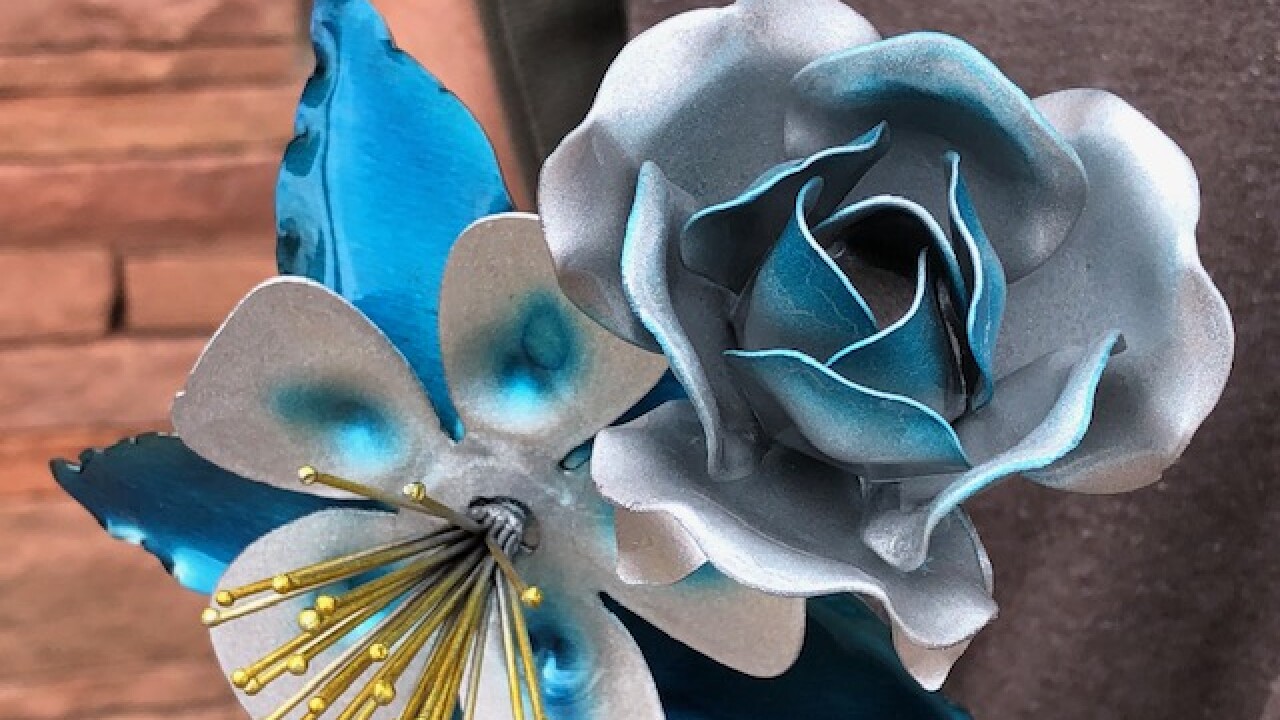 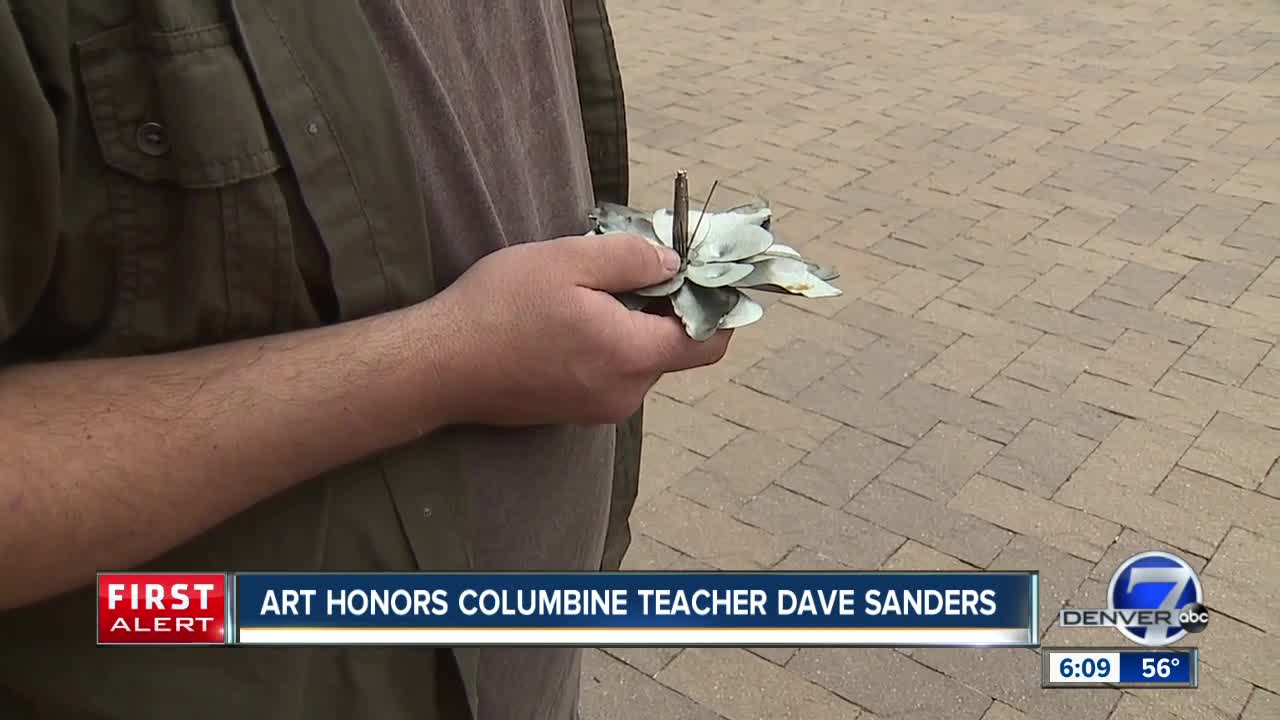 JEFFERSON COUNTY, Colo. -- A graduate of Columbine High School is using his art skills to honor Dave Sanders, the teacher who died while saving the lives of many students on April 20, 1999.

Jared Gates is fashioning roses and columbines out of sheet metal and is donating some of the proceeds to a fund to pay for new signs proclaiming a stretch of C-470 as the “Dave Sanders Memorial Highway.”

State lawmakers unanimously approved the resolution last month, with the stipulation that signs be paid for with private donations.

When Gates noticed that donations were lagging, he decided to create some special flowers to help jump start the campaign.

“(Dave Sanders) certainly deserves that honor,” Gates said, “He gave his life for my classmates.”

The artist said he learned his skills in Patty Nielsen's class.

"She was my teacher," he said. "I learned how to forge and shape sheet metal in that class."

Gates told Denver7 that he starts out with a flat piece of metal which he cuts, sands and polishes, then bends into shape with a bunch of different tools.

He said the columbine is an incredibly special flower.

Not only is it Colorado’s flower, it is also the symbol of Columbine High School.

Gates said he decided to get involved in the highway renaming fund drive after seeing a comment from one of Sander’s daughters.

“She said that renaming the highway would be like the highway giving the Columbine community a big hug,” he said. “That touched me quite a bit.”

Memorial signs will be placed along the highway between Bowles Avenue and South Platte Canyon Road.

Gates said once the fund’s goals are met, he will donate proceeds from his flowers to the Columbine memorial itself.

“I don't think a lot of people realize there's a lot of upkeep that goes into this Memorial,” he said, “to keep it from falling apart, keep it clean, make repairs and snow removal.”

“That somebody who has a talent wanted to sit down and say, ‘I want to do something for him,’ 20 years after he died, just goes to show how important he was to everyone.”

Gates told Denver7 that he learned from Columbine that every moment in life is special and should be treasured.

Gate’s creations can be found on his website, wildsteelrose.com.