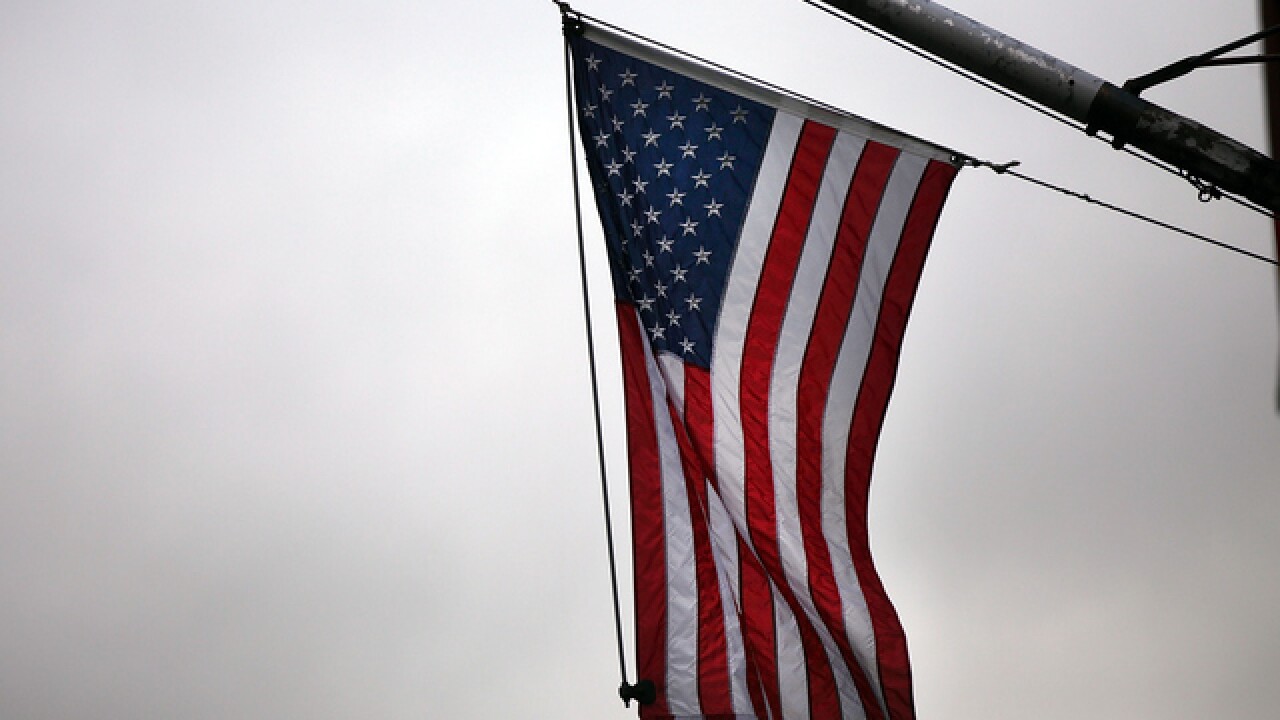 Spencer Platt
<p>NEW YORK, NY - SEPTEMBER 11: A flag flies half-staff at Engine Company 205 / Ladder Company 118 in Brooklyn Heights who lost eight men, including six who died together in their firetruck under the rubble in the 9/11 attacks, on September 11, 2015 in New York City. Throughout the nation people are holding somber gatherings and memorial events to reflect on the 14-year anniversary of September 11, 2001 that resulted in the loss of nearly 3,000 people. (Photo by Spencer Platt/Getty Images)</p>

COLORADO SPRINGS, Colo. - The remains of a World War II Navy ensign will finally be laid to rest next to his parents in Colorado Springs.

Pearl Harbor hero and Medal of Honor recipient John Charles England was officially classified as among the unknown who died aboard the USS Oklahoma on Dec. 7, 1941. England's remains were positively identified earlier this year after nearly 70 years in an unmarked mass grave in Hawaii.

England will be buried with full military honors on Saturday at 10 a.m. in Colorado Springs, in a plot beside his parents, at 1005 S. Hancock Ave.

Governor John Hickenlooper ordered flags be lowered to half-staff statewide on all public buildings on Saturday in honor of England.