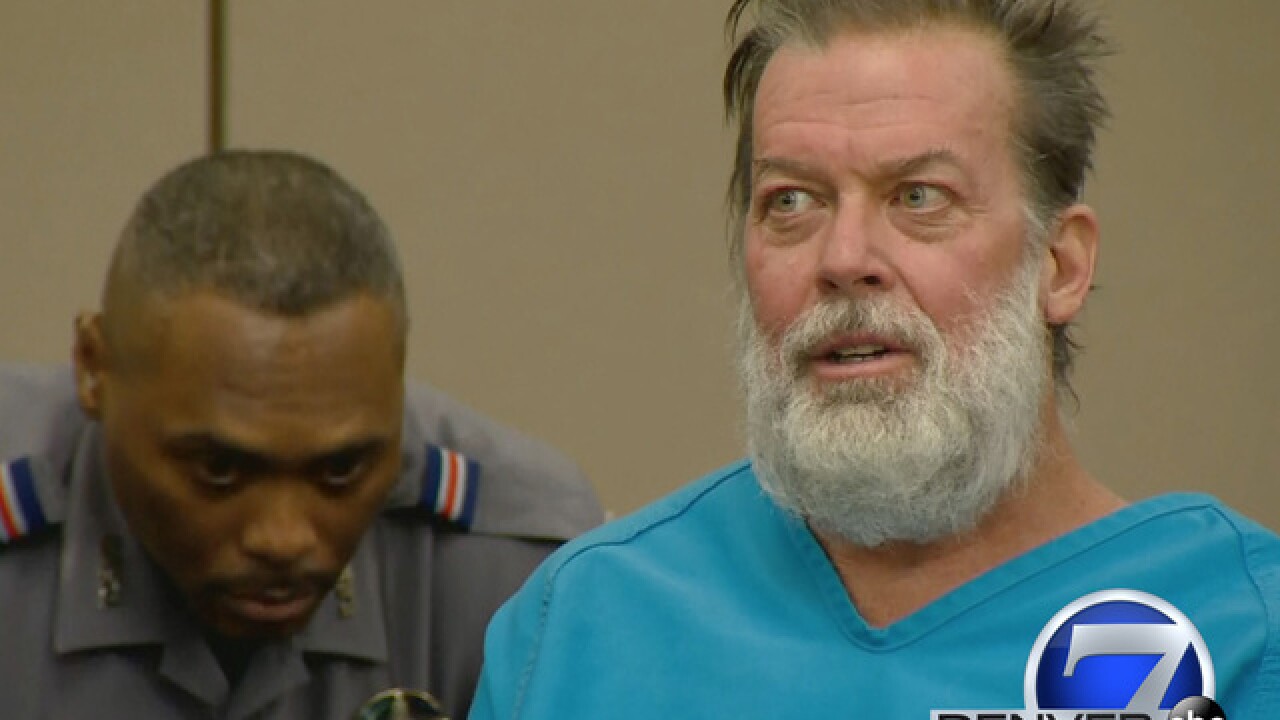 COLORADO SPRINGS, Colo. -- The man who acknowledges killing three people at a Colorado Planned Parenthood clinic was back in court on Tuesday and once again had several outbursts interrupting the proceeding.

"They put me in a nut house," suspected gunman Robert Dear said during the proceedings.

Martinez is likely Judge Gilbert Martinez who has been overseeing Dear's hearing.

Martinez deemed Dear incompetent to stand trail in May. Since then, Dear has been undergoing treatment at the state mental hospital.

A hearing has been scheduled for November to review Dear's competency again.

Dear has also said he was guilty and called himself a "warrior for the babies."

He is charged with 179 counts, including murder and attempted murder, stemming from the Nov. 27, 2015 shooting at the Colorado Springs clinic that also left nine injured.

He was deemed incompetent after two psychologists testified he has a delusion disorder and concluded his mental illness is impacting his ability to stand trial.

Dear told investigators he attacked the clinic because of his anti-abortion stance.