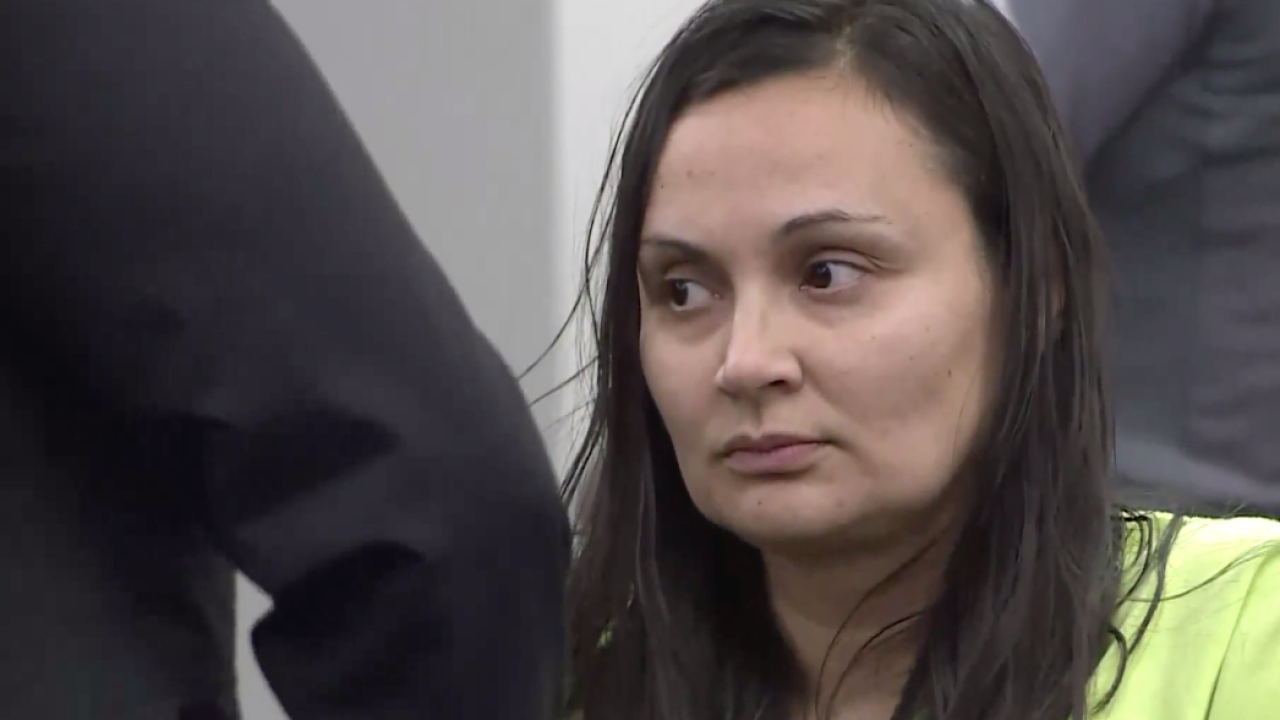 Stauch was charged with solicitation to commit escape. She already faced a murder charge and eight counts of crime of violence in her stepson's killing earlier this year.

The other inmate told investigators that Stauch in early May was planning to break out of her cell window with a broom handle and that she had measured herself to make sure she would fit, a probable cause affidavit said.

The inmate said Stauch tried to enlist her help and wrote her letters about the plan. The inmate reported Stauch's letters and alleged plan to deputies with the El Paso County Sheriff's Office, the affidavit said.

The inmate said she did not plan to help Stauch.

In one of the letters, Stauch allegedly wrote she was "dead serious" about the plan and that if "something comes up on the news like she is no longer in jail or is missing to not be afraid," according to the affidavit.

Stauch is set to appear in court for a status conference Friday.

She was arrested in Gannon's death on March 2. Sixteen days later, on March 18, a road construction worker found the boy's body just off Highway 90 in Pace, Fla. Letecia Stauch also faces charges of child abuse resulting in death and tampering with a deceased human body.

The affidavit in the case was written Feb. 28 and did not include information about how Gannon's body ended up in Florida.

Letecia Stauch reported her stepson missing from their Colorado Springs home on Jan. 27. She told police that Gannon Stauch left on foot to play at a friend's house and never returned.

According to the El Paso Sheriff's Office, she made the report around 7 p.m. that day.

She later cleaned the scene in Gannon's bedroom and then, on the following evening, Jan. 28, drove Gannon's remains and dumped them in an area off Highway 105 and South Perry Park Road in southern Douglas County, according to the affidavit. Investigators said the Metro Crime Laboratory later determined that blood discovered in Gannon's bedroom and in the Stauchs' garage matched blood on a piece of particleboard found near Highway 105 and South Perry Park Road.

Before Gannon's remains were dumped, the affidavit said, Letecia Stauch on the morning of Jan. 28 went to pick up Gannon's father, Albert Stauch, at the Colorado Springs airport. Albert Stauch had been on a work trip with the National Guard for the previous three days.

When he arrived back in Colorado Springs, Letecia Stauch picked him up in a Kia Rio that she had rented that morning, the affidavit said. She told her husband that she rented the vehicle because she was concerned about putting mileage on her leased vehicle, the Volkswagen Tiguan, but investigators called the timing of the rental "suspicious," according to the affidavit.

Investigators later discovered that Letecia Stauch's Tiguan was left in short-term parking at the airport while she was driving the rental vehicle. On the night of Jan. 28, data from the Tiguan showed it leaving the Colorado Springs Airport, about 7 p.m., and then later showed it was in the area of Highway 105 and South Perry Park Road in Douglas County, where authorities alleged that Gannon's body was dumped.