Letecia Stauch, held in Kansas jail, expected to arrive to Colorado on Thursday 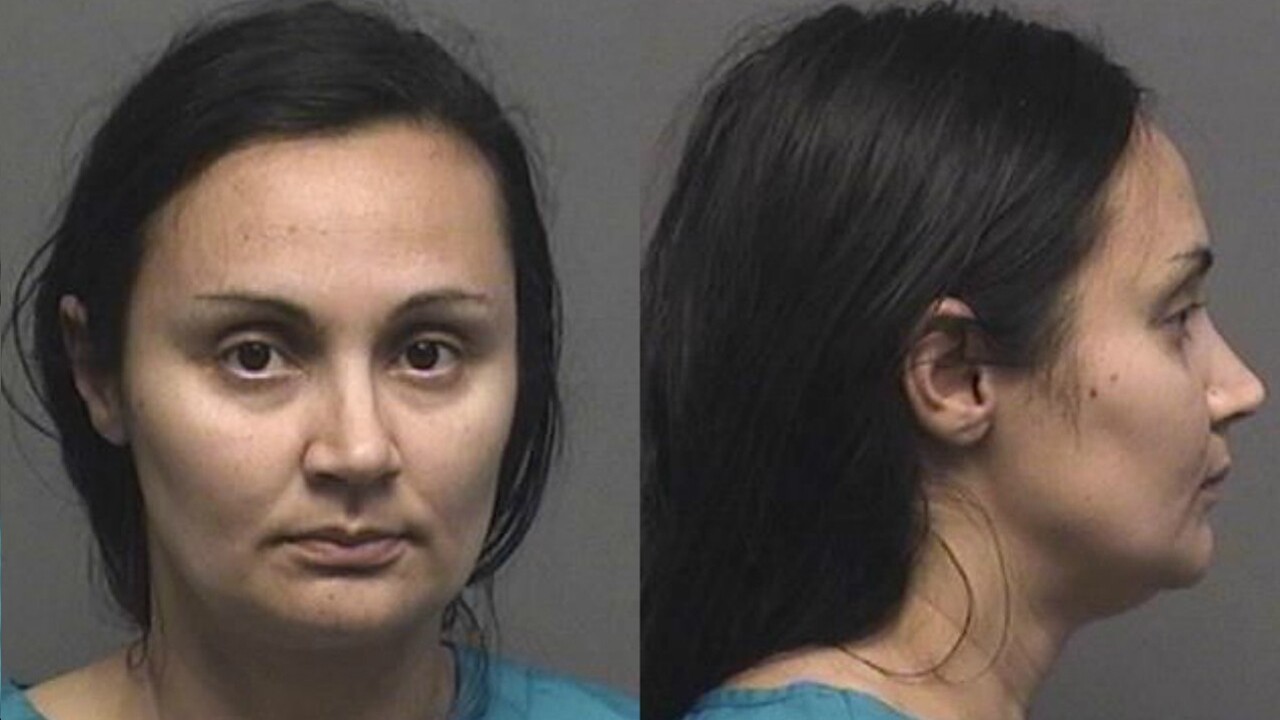 SALINE COUNTY, Kan. — The stepmother of Gannon Stauch, who agreed to be extradited back to Colorado on several charges, including first-degree murder in connection with the death of 11-year-old Gannon, was listed as an inmate at a central Kansas jail Wednesday and is expected to arrive to Colorado Thursday.

Jail records show Letecia Stauch was listed as an inmate in Saline County, Kan. as of 3:15 p.m. Wednesday. Her reason for incarceration listed her as being "In Transit/Courtesy Hold."

Stauch appeared via video conference Tuesday with a judge in Horry County, S.C. She's seen alone in the video with her hands and feet shackled.

Stauch had a choice to waive extradition or fight extradition from Horry County, where she was being held following her arrest Monday by El Paso County Sheriff's deputies who traveled out of state to make the arrest.

Supporters of Gannon decorated the entrance to the El Paso County Justice Center with blue ribbons and pictures so that Letecia can see them when she arrives.

At a press conference held Monday afternoon, a spokesperson for the El Paso County Sheriff's Office said, "We will not stop and this investigation has only begun."

Gannon Stauch has not been seen since Jan. 27 when his stepmother says he left to go visit a friend, according to prior information from the sheriff's office.

The arrest of Gannon's stepmother was a result of thousands of hours spent in the investigation and searching for Gannon, who investigators said they do not believe is alive. The sheriff's office said they have not found Gannon and will continue investigation efforts.

An agent with the Federal Bureau of Investigation office in Denver said the case will be worked on aggressively and worked through the end. The FBI will continue to work with local agencies to "see this through to the end." The agent said at Monday's press conference that Gannon's disappearance indicates "foul play."

According to Colorado law, "a person commits tampering with a deceased human body if, believing that an official proceeding is pending, in progress, or about to be instituted and acting without legal right or authority, the person willfully destroys, mutilates, conceals, removes,or alters a human body,part of a human body,or human remains with intent to impair its or their appearance or availability in the official proceedings."

The lead prosecutor going forward in this case said tips are encouraged to help bring Gannon home and to help with build the case against Letecia Stauch.

Tuesday, a day after Letecia Stauch was arrested, friends, family, and the community again gathered to honor the life of 11-year-old Gannon.

More prominent signage was erected at the memorial already in place in the Lorson Ranch neighborhood where Gannon lived. Friends and neighbors installed the words "Pray for Gannon" at the corner of Marksheffel and Fontaine. Tributes of blue, flowers, and pinwheels began stacking up shortly after Gannon's disappearance in late January.

Neighbors in the Lorson Ranch neighborhood said this whole situation has become personal for them.

The newly installed letters are weather proof and will be illuminated.

Gannon's mother, Landen Hiott, told those at the press conference that Gannon is not gone and that he is with us. She said she is "astounded" by the amount of support and love from the community.

Jacqueline Kirby, with the sheriff's office, read a statement by Gannon's father, Al Stauch, at the press conference. His letter stated the day Gannon was born, his heart stopped. And his heart stopped again on March 2 when he learned of the news.

A petition has been launched to create a new law requiring missing children be immediately listed as missing and endangered, even if a caregiver indicates a runaway situation. The Gannon's Law Petition on Change.org calls for a nationwide change to law enforcement procedure. Gannon, 11, was first reported missing on Jan. 27 as a runaway.

Those behind the petition say the delay in listing Gannon as missing and endangered cost valuable time in gathering and following up on leads in his case.

The petition says in Colorado, and in most other states, it's not safe to leave an 11-year-old alone and unsupervised for more than three hours.

The petitioners say they applaud the work law enforcement has done to bring Gannon home, but they believe the first few hours were crucial in finding evidence to bring him home.

The petition aims to change law enforcement procedure so that in the future a child Gannon's age should automatically be listed as missing and endangered after no more than three hours missing without contact.

News 5 Investigates asked the organizer of the petition about the potential strain this would put on law enforcement, if something like this proposal was passed. "If it does, then that's okay. This law is about bringing children home safely, so if that means that there's a little bit more pressure on law enforcement, then so be it," said Taran Witt, who started the petition.

To learn more about CBI's alerts, visit this link.