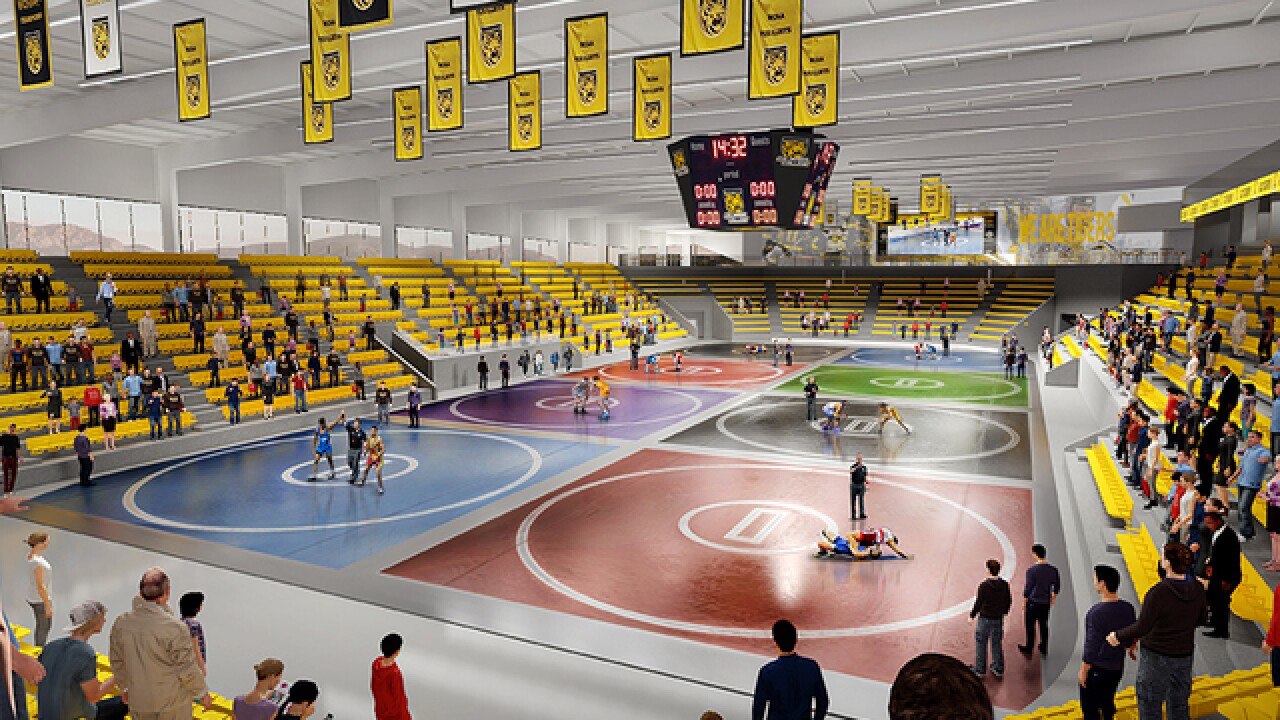 Copyright 2018 Scripps Media, Inc. All rights reserved. This material may not be published, broadcast, rewritten, or redistributed.
<p>Renderings of the Colorado Sports and Event Center provided by Weidner Apartment Homes. </p> 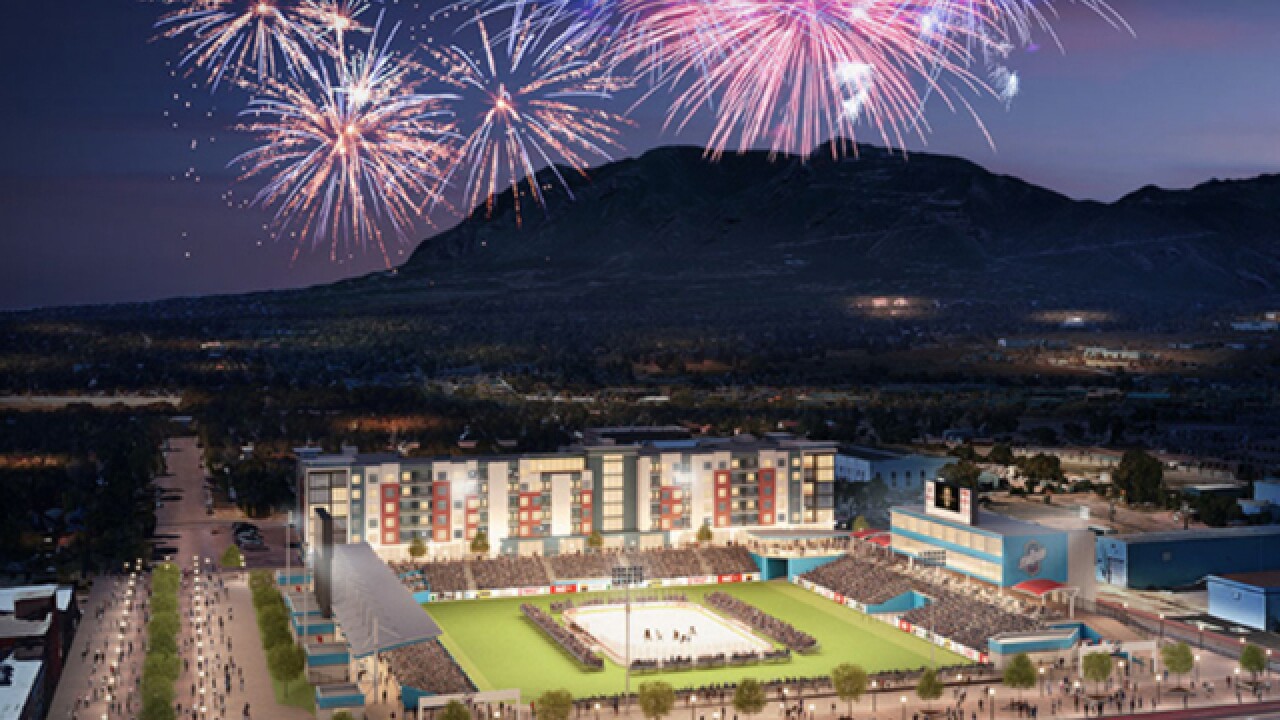 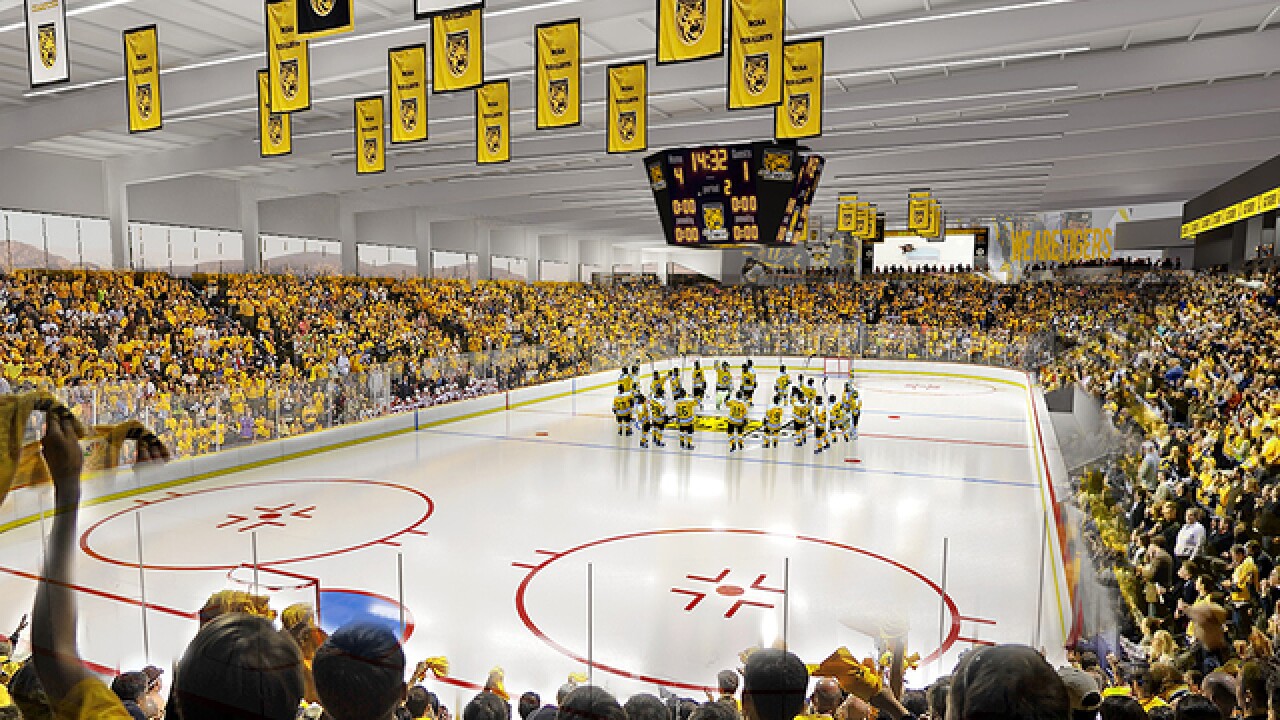 COLORADO SPRINGS, Colo. – The City of Colorado Springs on Wednesday announced it was moving forward with plans to build a new sports and events center that hopes to generate $1 million in revenue each year and create hundreds of new jobs.

The Colorado Sports and Events Center, which is comprised of two separate facilities, is the fourth project of the city’s City for Champions initiative.

The winners of this whole thing? Colorado Springs citizens, who didn't have to spend any of their own money for the project, as funding came from private, financial contributions from the Colorado College, the Colorado Springs Switchbacks and Weidner Apartment Homes, the company in charge of development.

Wow. Cool! But where will the stadium be?

The proposed downtown stadium will be located at the CityGate property bordered by Cimarron to the North, Moreno to the South, Sierra Madre to the West and Sahwatch to the east, according to city officials.

In all, the stadium will have 10,000 seats for sporting events and will have a capacity of 20,000 people for concert events.

The stadium will be constructed together with a mixed-use residential and commercial development in partnership with Weidner Apartment Homes, who will receive naming rights to the stadium, officials said. The combined project is estimated at $60 million.

The Colorado Springs Switchbacks FC, a United Soccer League franchise, will be the primary tenant of the stadium, and Ragain Sports, a separate business, will operate and program the facility with additional events.

Alright. What about the indoor events center?

The indoor events center, which will be named the Edward J. Robson Arena, will feature 3,000 permanent seats and will have capabilities to host ice-based and other sports, as well as entertainment events.

The arena will be built on the block bordered by Nevada Ave., Cache La Poudre, Tejon and Dale Streets, allowing the Colorado College hockey team to play games on campus for the first time since the program started in 1938, officials said in a statement.

The planned arena, which will have less than half the seats of the Broadmoor World Arena, is comparable in size to the arenas of colleges and universities that have similar numbers of students and Division I hockey programs, city officials said in a press release.