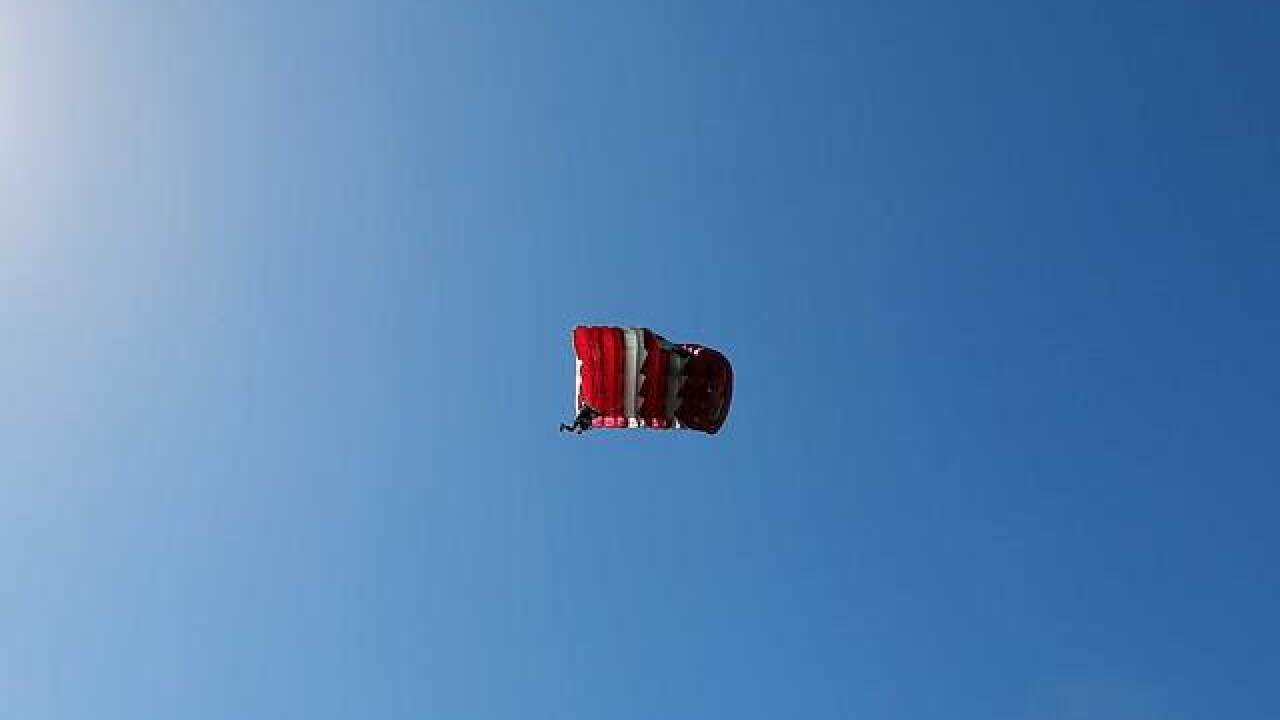 COLORADO SPRINGS, Colo. -- Authorities say a skydiving plane caught fire and the 13 passengers aboard parachuted to safety as it made an emergency landing at a small Colorado airport.

The El Paso County Sheriff's Office says the plane had just taken off from Colorado Springs East Airport when its engine caught fire Sunday afternoon. Officials believe it may have started when a bird got into the engine.

The skydivers, who were using Out of the Blue Skydiving and had been trained, jumped from the plane and were picked up by company workers. No injuries were reported.

Passenger Trent Reese told KRDO-TV that they heard a pop and a few seconds later, the pilot said, "Everybody out."

The pilot landed safely back at the airport.

Officials believe a bird may have gotten into the engine, causing the fire.