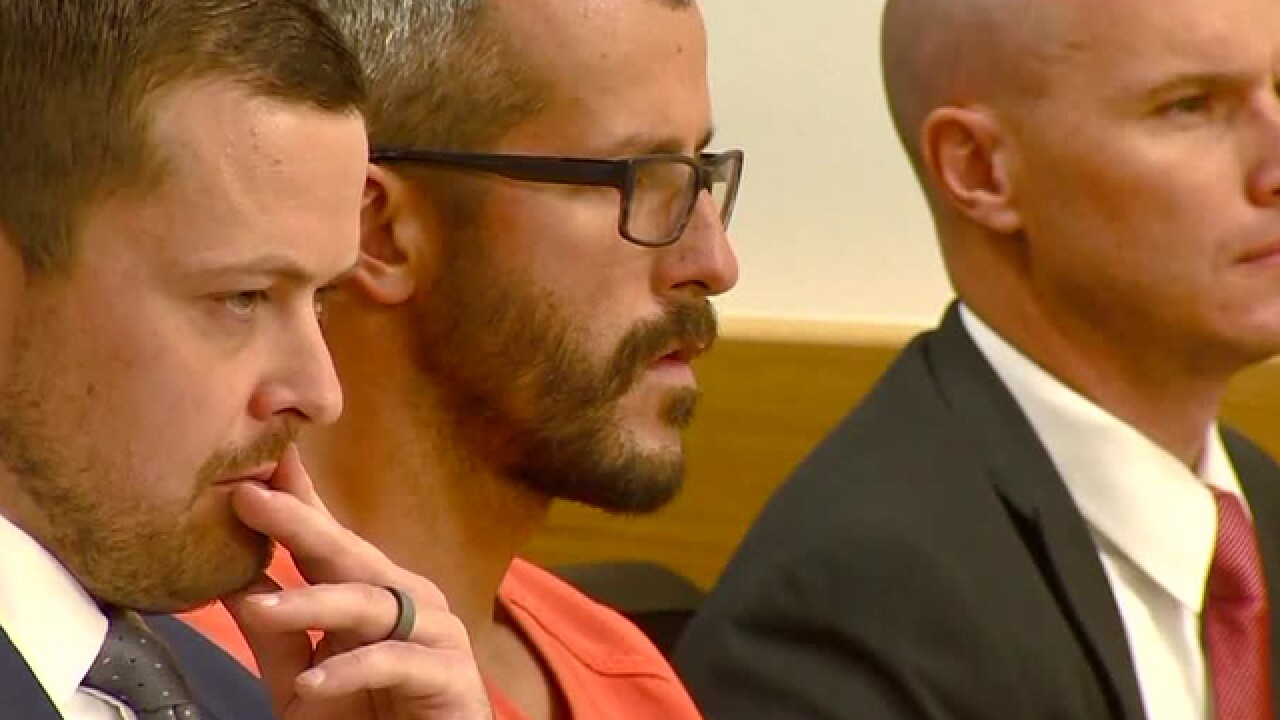 GREELEY, Colo. – Chris Watts is set to be sentenced Monday morning for the murders of his pregnant wife, Shanann, and their two young daughters after he pleaded guilty earlier this month to the killings.

Watch live in the player embedded below or by clicking here.

Watts, 33, is expected to receive life in prison without the possibility of parole after the possibility he might receive the death penalty went away due to his plea deal.

The sentencing hearing is scheduled to begin at 10 a.m. Monday. Denver7 will stream the full hearing live on TheDenverChannel.com, on Facebook, Twitter and on TV streaming devices.

READ: Everything we know so far about the Chris Watts case

19th Judicial District Attorney Michael Rourke could also speak following the hearing and it’s possible that the autopsy reports for Shanann, Bella and Celeste could be released in the hours or days that follow.

On Thursday, a judge granted Watts’ parents or a designee the right to speak at the hearing. Chris Watts' father is expected to be in court for sentencing Monday.

Shanann’s parents could also deliver victim impact statements in which they could ask the judge for a more-lenient or stronger sentence for Watts.

That ruling, paired with The Denver Post’s interview of the woman with whom Watts was having an affair prior to the killings and an exclusive Denver7 interview with Watts’ parents, have made for high drama ahead of Monday’s hearing.

In exchange for the guilty plea, the death penalty was taken off the table. Rourke said earlier this month the deal was made with the agreement of Shanann’s family.

“He deserves a life sentence for each and every act on top of each other,” Rourke said after the plea hearing. “It was important that each of those beautiful human beings was respected in that sentence.”

Police arrested Watts late on the night of Aug. 15 in the alleged killings of Shanann, Celeste and Bella. After Watts initially denied that he killed them in an interview with Denver7, police documents said that he admitted to doing so.

Prosecutors said they believed Watts killed the three inside the family’s home in Frederick. The affidavit released in August confirmed details Denver7 had previously reported, citing high-ranking sources, that Shanann’s body was buried in a shallow grave at the site and that the bodies of Celeste and Bella were put inside of oil and gas tanks at an Anadarko site in Weld County, where Watts worked before he was fired following his arrest.

According to an arrest affidavit, Chris was having an affair. He also claimed that he was trying to separate from Shanann the morning of the alleged murders and that she tried to strangle their daughters when he told her of his intentions.

The woman whom he was having an affair with spoke to The Denver Post on Thursday.

When Watts initially spoke with Denver7 a day after the rest of his family was reported missing, he said that he and Shanann had “an emotional conversation” before he last saw her and pleaded for her and her daughters to come home.

But the affidavit for his arrest says that Watts claimed in conversations with officers that after he told Shanann he wanted to separate, he saw Shanann strangling their daughters on a baby monitor and retaliated, killing her. But Rourke said after the plea deal was official that Watts had lied and actually killed all three of them—something he and his family still deny.

Watts' parents had said they didn’t want their son to take the plea deal and have claimed he was possibly coerced.

Denver7 will have coverage of the Watts sentencing hearing throughout the day Monday starting at 4:30 a.m.