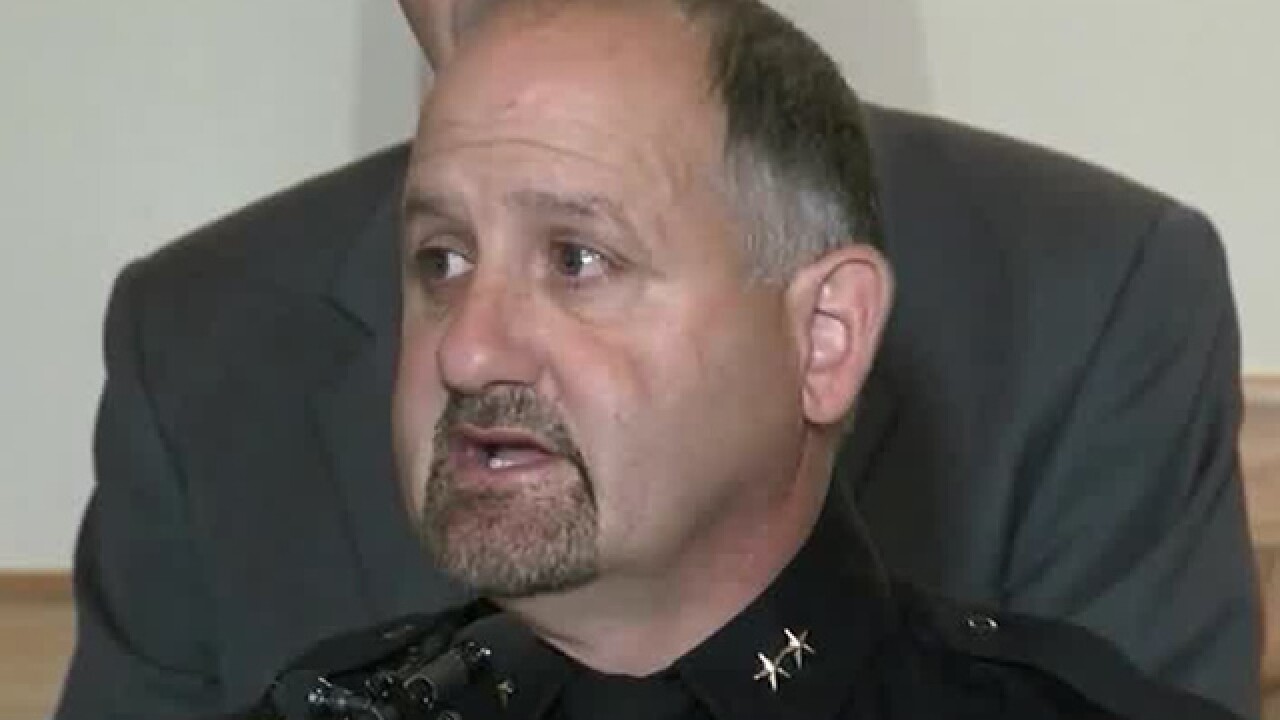 FREDERICK, Colo. -- As the Town of Frederick continues to come to terms with the deaths of Shanann Watts, who was 15 weeks pregnant at the time of her murder, and those of her two little girls — 4-year-old Bella and 3-year-old Celeste — the Frederick Police Chief said he is thankful for the "overwhelming support we have received from this community," in a letter released to the public Wednesday afternoon.

In the letter, Frederick Police Chief Todd D. Norris talked about the "emotional rollercoaster" endured not only by the community but also by the men and woman of the Frederick Police Department; the professionalism from the many different agencies involved in the investigation; and about how proud he is of "the way all agencies have come together and continued to work as one to achieve justice."

Norris also talked about ways in which the community can help the police department and the town as a whole during the coming months. You can read the whole letter in full below:

The Town of Frederick Community:

Over the past few days, the men and women of the Frederick Police Department, as well as the entire community of Frederick, have endured an emotional rollercoaster as you may expect with such a tragedy hitting our community. I can assure you the level of professionalism I have seen over the past days has been nothing but excellent. During challenging situations like these, the true character of an individual rises to meet that challenge. Your officers along with personnel from the Federal Bureau of Investigation, Colorado Bureau of Investigation, District Attorney’s office, State Patrol, Firestone Police Department, Dacono Police Department, Longmont Police Department and the Weld County Sheriff s Office have done just that. I’m proud of the way all the agencies came together and continued to work as one to achieve justice. I’ve been working for the Town for the past 26 years, and the overwhelming support we have received from this community is unprecedented. As your Chief, I’m honored to be involved in a community such as ours. I’ve been engulfed with calls and emails of support with citizens asking what they can do for their police department. First and foremost, I want to say thank you for all your caring words of support. I feel your police department is only the reflection of you, the great citizens we have in our community. Your continued support definitely makes coming to work a better place.

So here’s what you can do: continue to send us words of encouragement — the officers appreciate it more than you know. Get involved with your community, whether that’s through our programs like Neighborhood Watch or Dog Walker Watch, or something else that fits your interests and skills. I ask you to continue to build a community that we can all be proud of and feel safe to live in. We’re built on what matters in Frederick, and these are the things that matter to us.

Thank you again for all of your support and keep Shanann, Bella, and Celeste in your thoughts, hearts, and prayers.

Chris Watts, who has been formally charged in the deaths of his wife and their two daughters, will spend at least the next three months in jail while he awaits his next court appearance on Nov. 19.

MORE: Here's everything we know so far about the Chris Watts murder case

Shanann’s brother, Frankie Rzucek, pointed out a fundraiser on Facebook created to help find the missing family that have now been turned into efforts to raise money for funeral expenses. Click here for more information about fundraisers and how to support the family.

Two women who knew Shanann have also started a bracelet fundraiser to help the family pay for funeral services, travel and other needs while they grieve. You can learn about the Watts Angel Memorial Bracelets here.