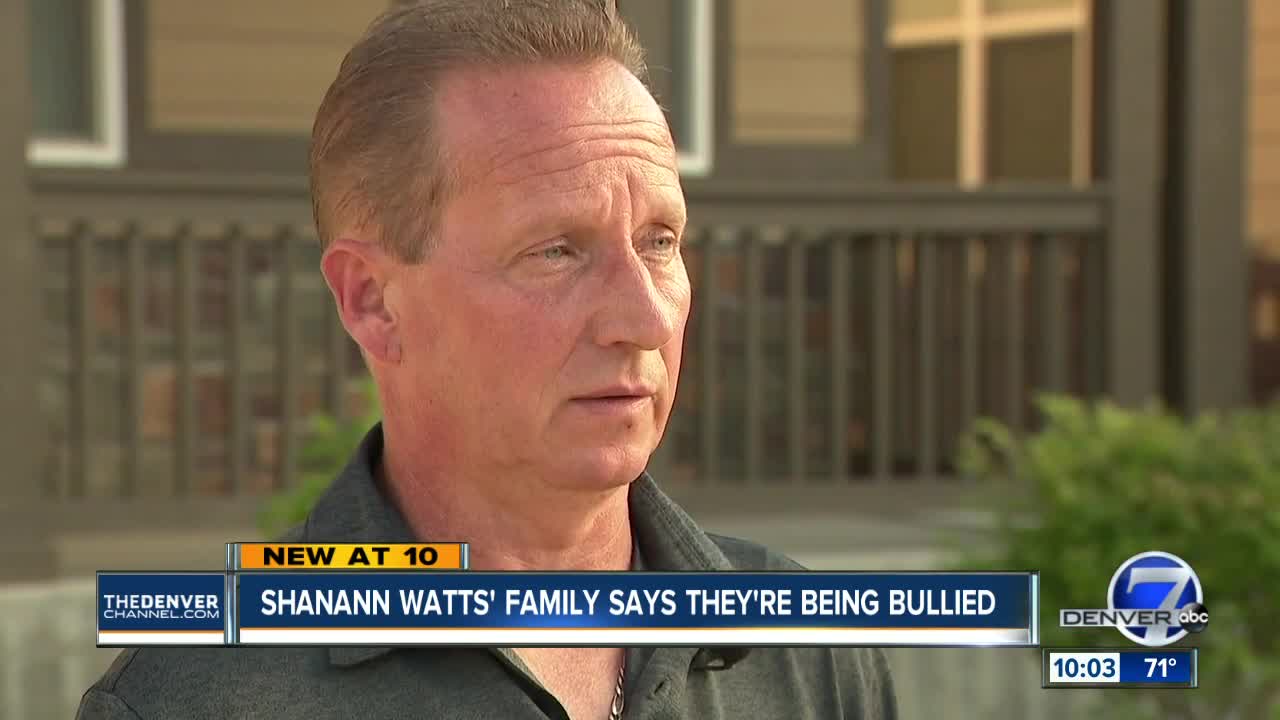 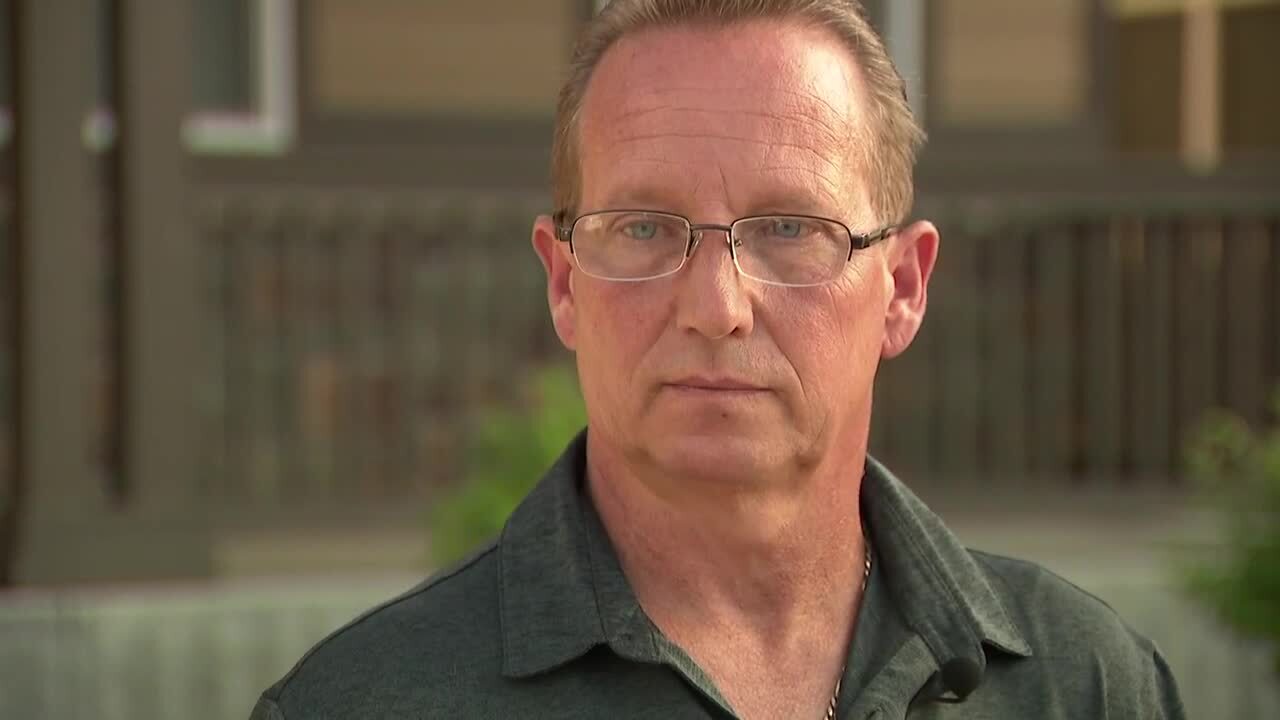 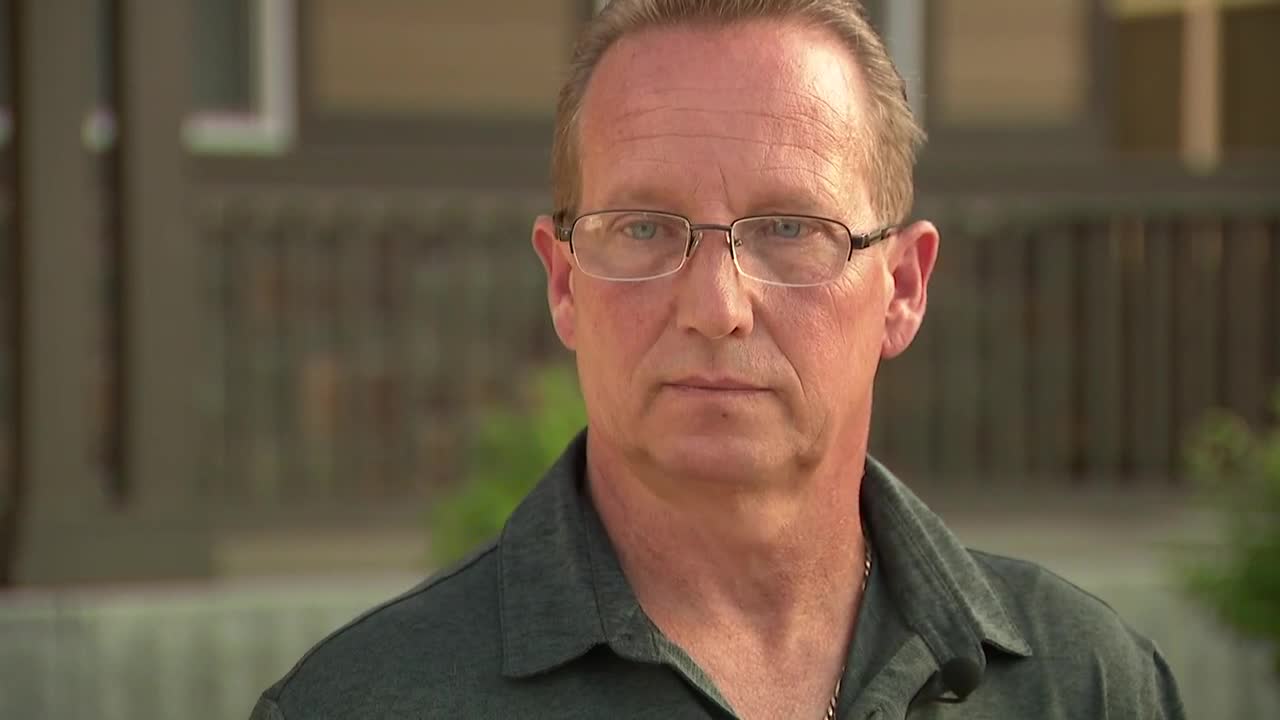 FREDERICK, Colo. – The father of Shanann Watts traveled to Colorado from North Carolina to ask for only one thing: “Just stop. Please, just stop.”

Frank Rzucek’s plea was directed to those hiding behind the anonymity of a Facebook page, a Twitter handle or a YouTube account, whom Rzucek said have been spreading false rumors and lies against their family ever since the case garnered international attention 11 months ago.

“I don’t want to go into the specifics, but I will say that our family, including Shanann and her children – and our grandchildren – have been ridiculed, demeaned, slandered, (and) mocked in the most vicious ways you can imagine,” he said as he read a prepared statement outside the former home of Chris and Shanann Watts. “This is so wrong. It is cruel. It is heartless.”

Rzucek added the family has also been subjected to false accusations and a “constant stream of ugly, evil insults and attacks,” which he said have, at times, turned into death threats against his family.

“Every time we turn around, there is someone trying to capitalize on our tragedy by spreading false rumors and outright lies about Shanann and our grandchildren,” Rzucek said, adding the barrage of online harassment has prevented the family from grieving their loss nearly a year after 34-year-old Shanann Watts was murdered along with her two daughters and her unborn child.

Rzucek not only pleaded for those hiding behind social media accounts to stop the continuous harassment, but also called on Congress to pass laws that would protect “victims of unspeakable crimes from this kind of abuse.”

During the news conference, Rzucek also said the family has tried to reach out to social media sites like Facebook, Twitter and YouTube to stop the harassment, but the response has been anything but positive, which is why he again called on those in charge to “take some responsibility for your platforms and stop this despicable conduct.”

Lastly, he addressed those who feel compelled to comment or discuss the case.

“Please stick to the truth. It is painful enough for us just dealing with the reality,” Rzucek said. “Reading the insane conspiracy theories, ugly false rumors and lies only make it more painful.”

“She would have defended herself and now I’m here defending her,” Rzucek said. “It doesn’t need to be like this, I shouldn’t have to be out here doing this. … Making money off of my daughter’s death is ridiculous.”

Chris Watts was sentenced last year to three consecutive terms of life in prison without the possibility of parole for the death of Shannan, Bella and Celeste, as well as two more concurrent life sentences for first-degree murder by a person in a position of trust for both Bella and Celeste, and three 12-year sentences for separate accounts of tampering with a deceased human body.