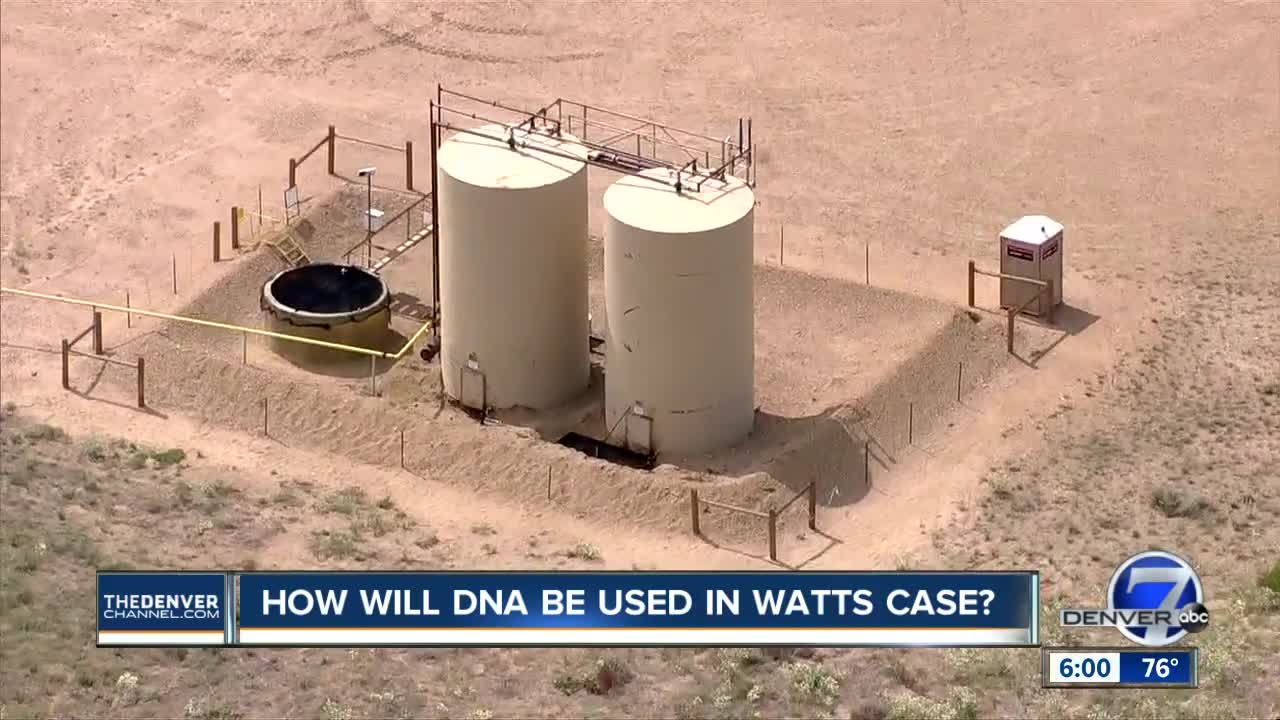 The public defenders who are representing the Frederick man accused of murdering his family continue to fight the prosecution tooth and nail.

WELD COUNTY, Colo. -- The public defenders who are representing the Frederick man accused of murdering his family continue to fight the prosecution tooth and nail.

The judge ruled again on Friday to deny Christopher Watts' request to have law enforcement investigate leaks to the media.

Watts also argued he doesn't believe the prosecution has established enough probable cause to justify collecting his footprints or DNA sample from a cheek swab.

Phillip Danielson is one the leading DNA experts in the state. He said both sides are being very thorough because this is a potential death penalty case.

"I think what the defense is doing here is simply dotting their 'I's' and crossing their 'T's' and saying, 'before you can get a sample, you have to demonstrate that you actually have something to compare it to,'" he said.

Danielson is a professor at the University of Denver. He runs his own DNA laboratory and has testified in dozens of criminal cases.

"DNA testing and other physical evidence is certainly a very, very important part of any criminal proceeding, but equally important is the process."

He said even though the bodies of Celeste and Bella were found submerged in oil tanks, investigators may still be able to detect trace DNA.

"The DNA methods that we have are able to detect the tiniest trace quantities," said Danielson. "Because strangulation involves force that can increase the amount of skin cells."

If Watts' children were strangled, as the defense has suggested in previous motions, Danielson said there is likely still DNA around the neck, but interpreting that data could be tricky.

"Person of interest are all people who co-habituated and therefore would be sharing their DNA with each other and that is going to make this a challenging case," he said.

The judge has not yet ruled on the prosecution's demands for DNA or the defense motion to deny the request.

Here's everything we know about the Chris Watts case