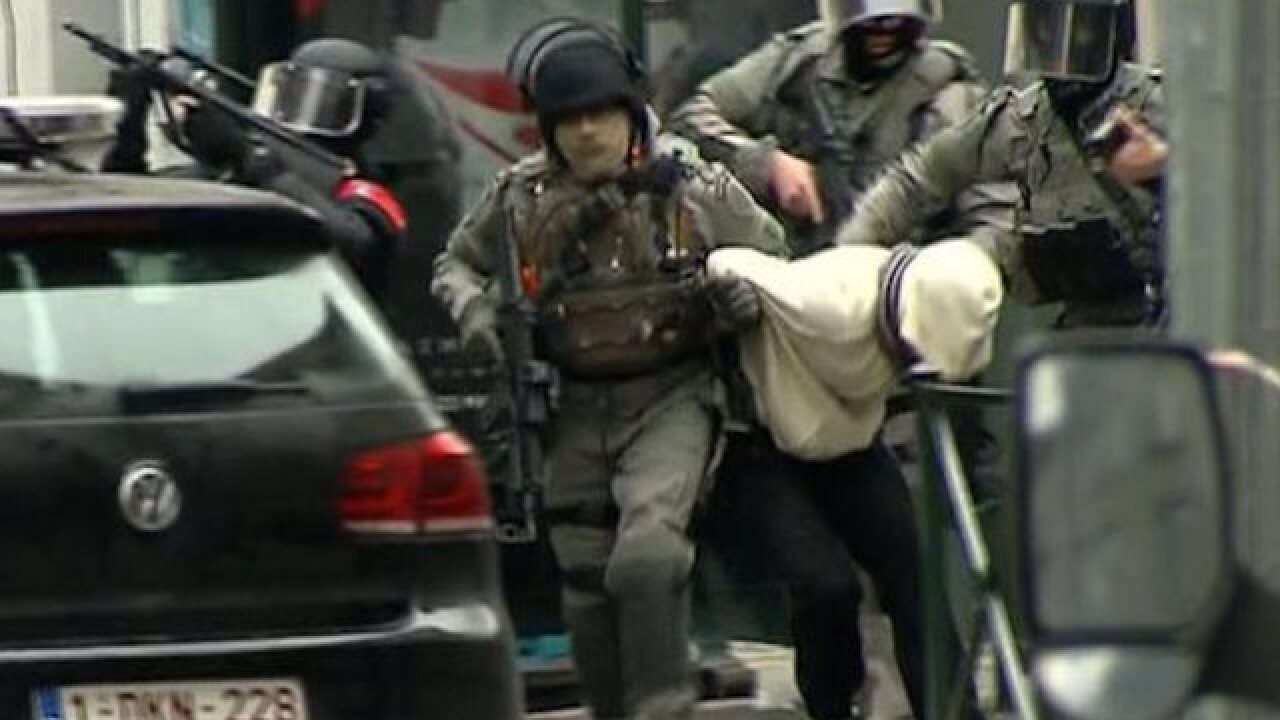 VTM via AP
Uncredited
<p>In this framegrab taken from VTM, armed police officers escort Salah Abdeslam to a police vehicle during a raid in the Molenbeek neighborhood of Brussels, Belgium, Friday March 18, 2016. The identity of Salah Abdeslam is confirmed Saturday March 19, 2016, by French police and deputy mayor of Molenbeek, Ahmed El Khannouss quoting official Belgium police sources. After an intense four-month manhunt across Europe and beyond, police on Friday captured Salah Abdeslam, the top suspect in last year's deadly Paris attacks, in the same Brussels neighborhood where he grew up. (VTM via AP) </p>

BRUSSELS (AP) — Belgian prosecutors are appealing to the public for information about a man who allegedly traveled to Hungary last year with the top suspect in the Paris attacks.

The federal prosecutor's office said in a statement Monday that they are seeking details about 24-year-old Najim Laachraoui, who is said to have traveled to Syria in February 2013.

It said Laachraoui was checked by guards at the Austria-Hungary border while driving in a Mercedes with attacks suspect Salah Abdeslam, who was captured in Brussels on Friday, and one other person.

Laachraoui is said to have rented a house under the name of Soufiane Kayal in the Belgian town of Auvelais which was allegedly used as a safe house. Prosecutors said traces of his DNA were found there.