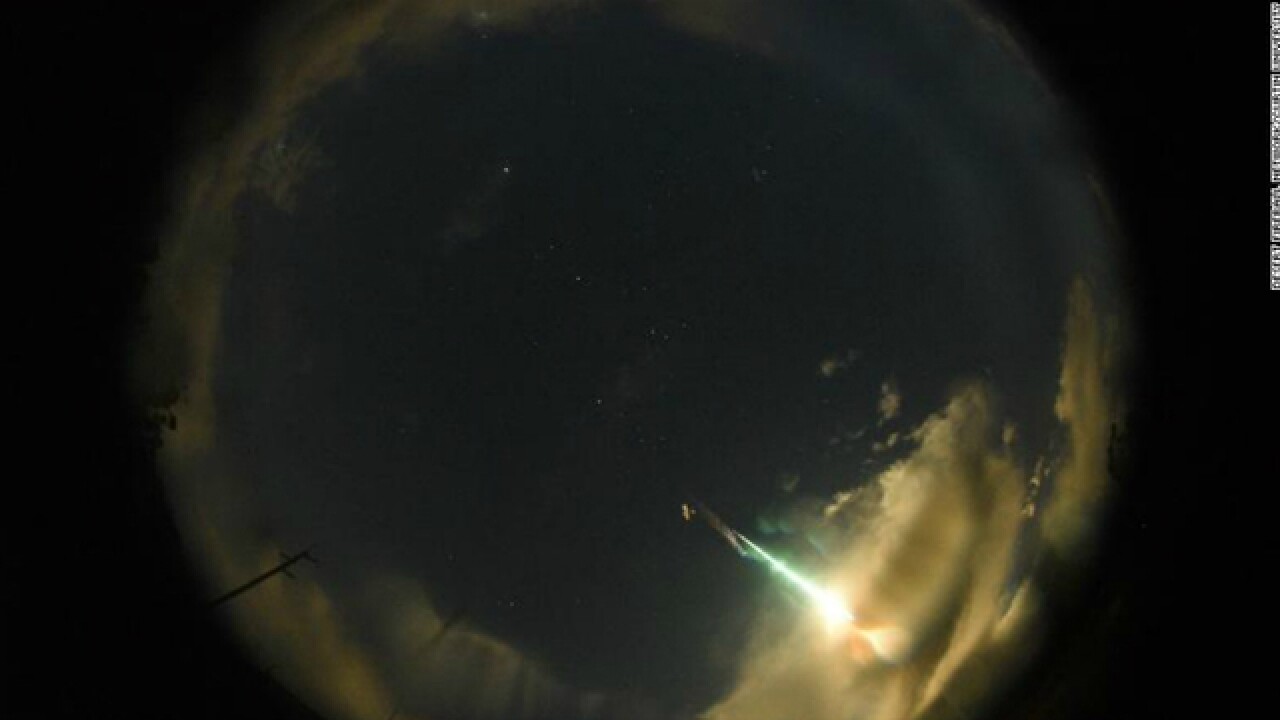 Australian scientists are searching for the remnants of a meteor which burned spectacularly across the sky in Perth Tuesday night.

The unusual phenomenon was caught on camera by multiple spectators, and described as a "fireball" on social media.

Curtin University professor Phil Bland told CNN it was "almost certainly" a chunk of asteroid coming through the atmosphere, an event which he said occurs only a couple of times a year.

Bland is the founder of the Desert Fireball Network, a group of scientists working to track the path of meteors and asteroids across the night sky, with a goal to building a "geological map of the solar system."

He called for anyone who finds an unusual lump of rock to give him a call, saying he'd be "chuffed" to find it.

"It will look strange, it will have a black crust on it and it'll be kind of slightly rounded in a way that most terrestrial rocks aren't. It will look distinct, it'll look odd, also they're usually a little bit heavier than average rocks," he said.

Bland said while asteroids came through the atmosphere a few times a year it was rare for it to occur in heavily populated areas such as Perth.

"There are probably 50,000 or 60,000 meteorites in existence in the world's museum collections, they are incredibly valuable materials, from a scientific perspective," he said.

One witness told the Australian Broadcasting Commission (ABC) they had heard a "boom" before seeing the light in the sky.

"We just thought it was lightning to start with, but the boom that came after it was definitely not thunder," s he told ABC Radio Perth. "It shook the whole house, the windows, the dog went psycho."

In 2015, stunned commuters in Bangkok watched as a fireball streaked across the sky in the middle of the day, while social media erupted in excitement when a similar burst of light flew across Texas one year earlier.

Scientists said both fireballs were likely to be asteroids, or parts of them, burning up in the Earth's atmosphere.

Bland said his network has 50 cameras across Australia set up to catch falling meteors on film.

"There's so many things we don't know about how the solar system formed, where organic material and water comes from ... Every single (asteroid) we find we get more critical information," he said.