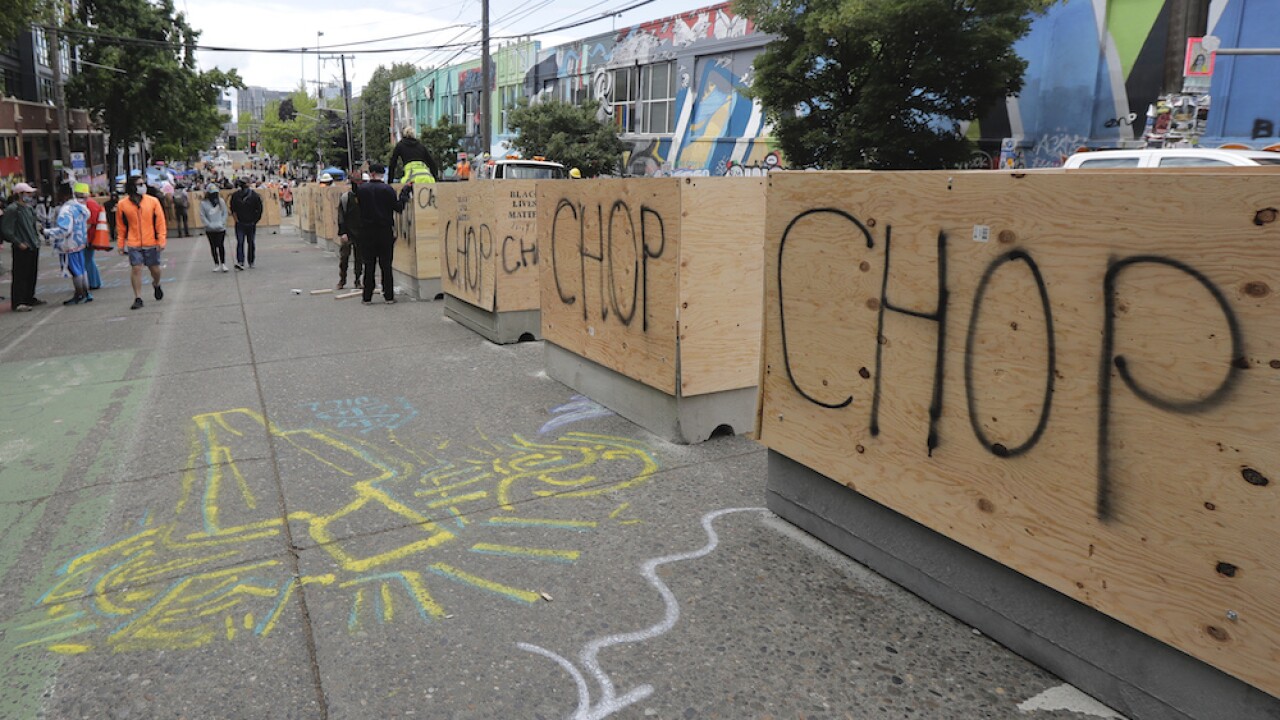 Copyright 2020 The Associated Press. All rights reserved.
Ted S. Warren/AP
New cement and wood barricades bear the name CHOP, Tuesday, June 16, 2020, inside what has been named the Capitol Hill Occupied Protest zone in Seattle. The city put the barriers in place Tuesday in hopes of defining an area where emergency, delivery, and other vehicles can travel through the area while still preserving space for protesters, who have been there since police pulled back from near the department's East Precinct after recent clashes with people protesting the death of George Floyd. (AP Photo/Ted S. Warren)

SEATTLE — Police say one person has been wounded in the second shooting in Seattle's protest zone in less than 48 hours.

The shooting happened late Sunday night in the area near Seattle's downtown known as CHOP, for “Capitol Hill Occupied Protest.”

Police tweeted that one person was at a hospital with a gunshot wound. A hospital spokesperson says that the person was in serious condition.

A pre-dawn shooting Saturday had left a 19-year-old man dead and another person critically injured. No arrests in that shooting had been made as of Sunday.

Protesters have occupied an area in Seattle's Capitol Hill neighborhood for two weeks. Demonstrators moved in when police removed blockades surrounding a police precinct in the area, and eventually abandoned the building when protesters blocked officers from entering.