Trump threatens those defacing statues, monuments with 10 years in prison 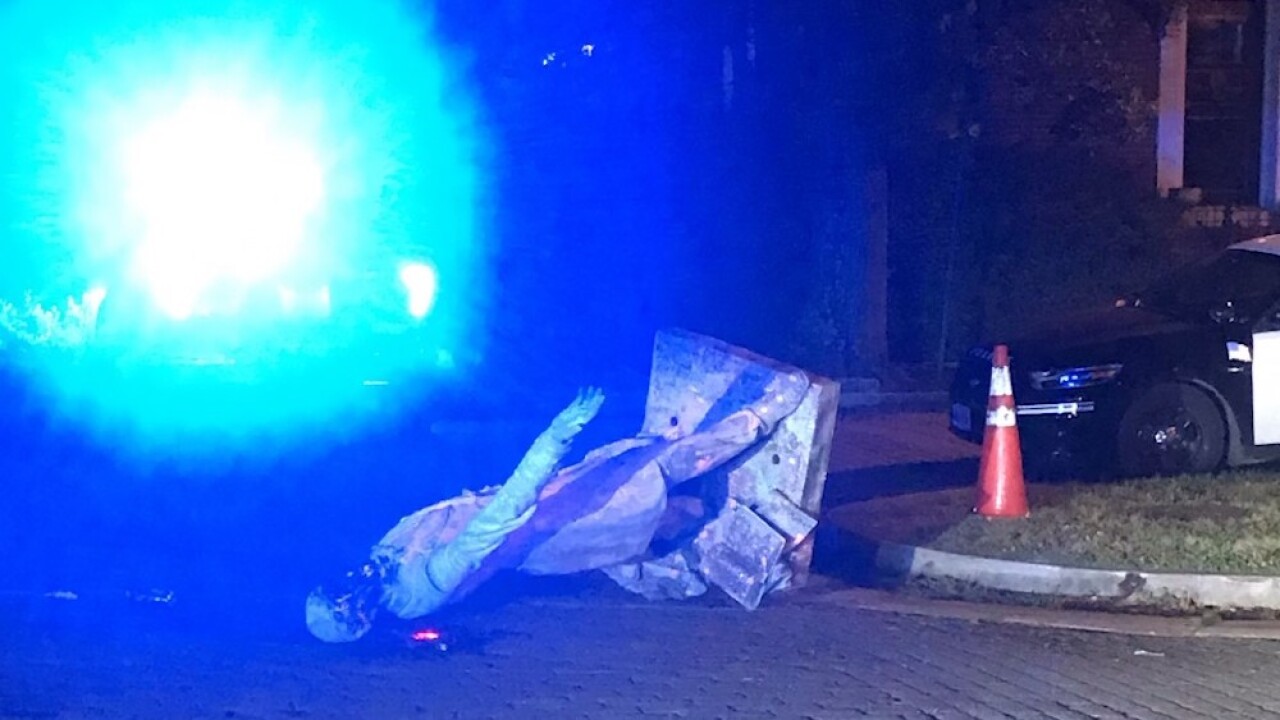 President Donald Trump called on the federal government to charge anyone toppling or vandalizing "any monument" with crimes related to the Veteran's Memorial Preservation Act — a charge that Trump says could result in a 10-year-prison sentence if convicted.

"This action is taken effective immediately, but may also be used retroactively for destruction or vandalism already caused. There will be no exceptions!" Trump said in a follow-up tweet.

The law to which Trump is referring was passed in 2003. It says anyone who destroys a plaque, statue or monument "commemorating the service of any person or persons in the armed forces of the United States" can be sentenced to a fine and a maximum of 10 years in prison. However, the law only applies to monuments "located on property owned by, or under the jurisdiction of, the Federal Government."

.....This action is taken effective immediately, but may also be used retroactively for destruction or vandalism already caused. There will be no exceptions!

Amid racial unrest following the death of George Floyd and several other Black people at the hands of police in recent weeks, demonstrators across the country have defaced or toppled statues or monuments to those with racist pasts.

In Richmond, protesters have vandalized several monuments to Confederate leaders. The city's mayor has already promised to remove the statues, but a court injunction has delayed their removal. A statue of Christopher Columbus was also toppled in the city.