How you can help victims of Colorado's wildfires
NewsAmerica in Crisis

Rochester police chief out in fallout over Prude death 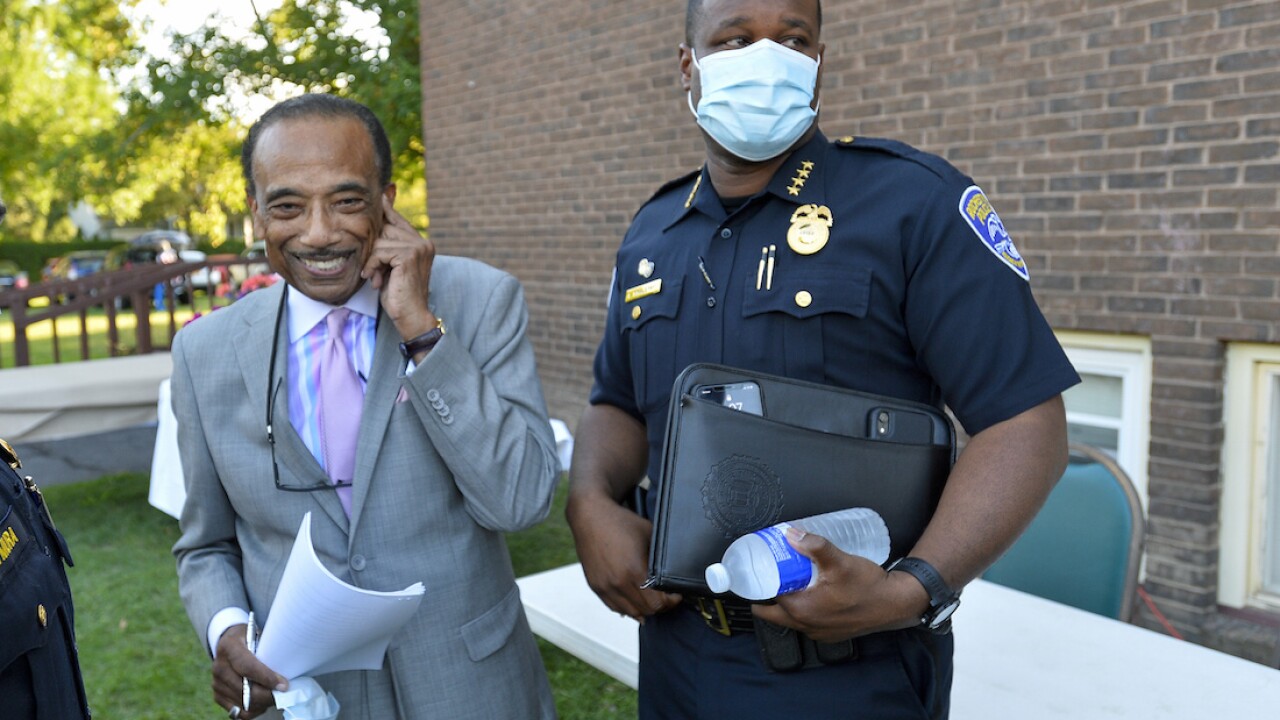 Copyright 2020 The Associated Press. All rights reserved.
Adrian Kraus/AP
Rochester Police Chief La'Ron Singletary, right, stands with Reverend Lewis W. Stewart, left, of the United Christian Leadership Ministry before a community meeting in Rochester, N.Y., on Thursday, Sept. 3, 2020. Rochester Mayor Lovely Warren said Tuesday, Sept. 8, 2020, that the city’s police chief is among those retiring, along with other senior commanders, amid criticism of the city’s handling of the the suffocation death of Daniel Prude. (AP Photo/Adrian Kraus)

ROCHESTER, N.Y. (AP) — Rochester Mayor Lovely Warren has fired the police chief and suspended her top lawyer and communications director in the continuing upheaval over the suffocation death of Daniel Prude.

Chief Le'Ron Singletary announced his retirement last week as part of a major shakeup of the city's police leadership but said he would stay on through the end of the month.

Instead, Warren said at a news conference that she had permanently relieved him while suspending Corporation Counsel Tim Curtin and Communications Director Justin Roj without pay for 30 days.