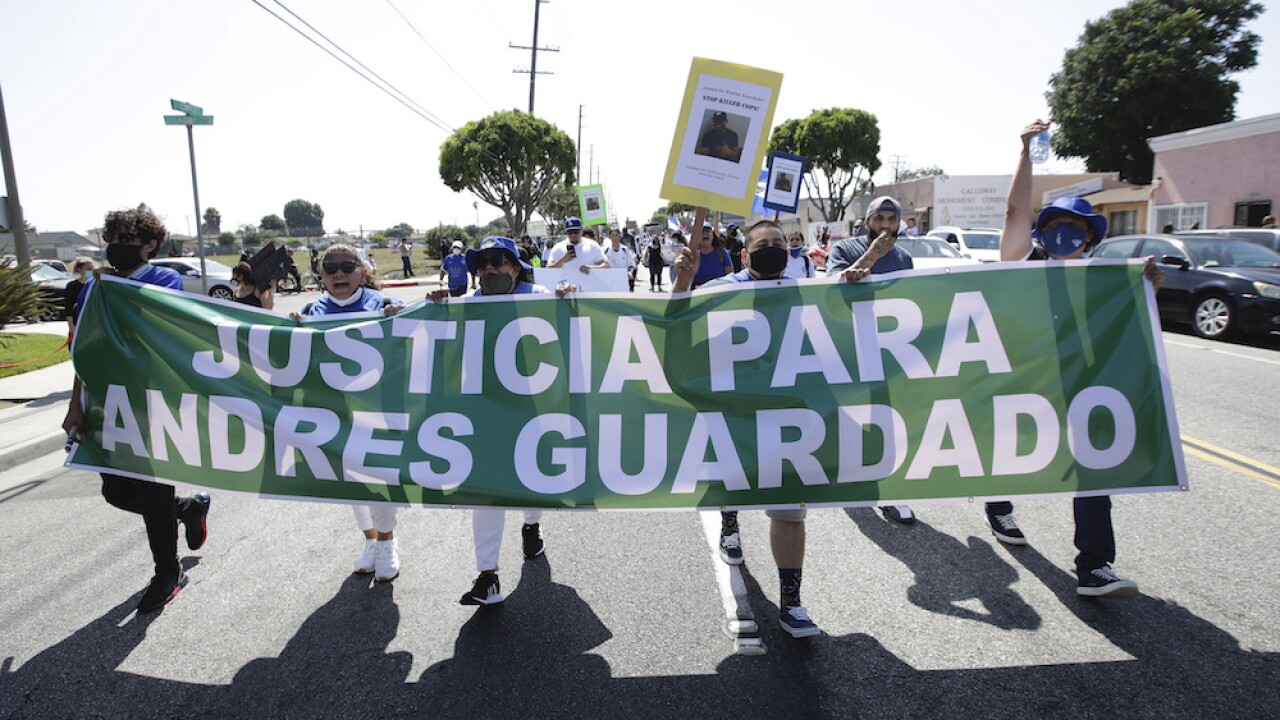 Copyright 2020 The Associated Press. All rights reserved.
Marcio Jose Sanchez/AP
Family member of Andres Guardado hold a sign which reads “Justice for Andres Guardado” in Spanish during a march in Guardado’s honor Sunday, June 21, 2020, in Compton, Calif. Guardado was shot Thursday after Los Angeles County sheriff's deputies spotted him with a gun in front of a business near Gardena. (AP Photo/Marcio Jose Sanchez)

One protester told CNN that the confrontation escalated into violence when a demonstrator wouldn't "back down" to police.

KCBS reports that six people were arrested for unlawful assembly, and one person was charged with resisting arrest.

Demonstrators were calling for justice for 18-year-old Andres Guardado, who was shot and killed by Los Angeles County Sheriff's deputies in an alley behind a Los Angeles auto shop on Thursday.

Police say Guardado flashed a gun and then fled as officers chased him. CNN reports that a deputy fired six rounds at Guardado. Investigators say they recovered an unregister semi-automatic pistol at the scene that included an illegal extended magazine loaded with live rounds.

Guardado's family maintains that he was working as a security guard at the body shop at the time of the shooting, and added that they do not believe he owned a gun. But police officers claim that Guardado was not recognizable as a security guard because he did not have a uniform on and was not wearing a gun belt.

Capt. Kent Wegener, the head of the department's Homicide Bureau, says investigators have taken six or seven exterior cameras from the scene of Thursday's shooting. It's unclear if any of the footage contains images of the shooting itself.