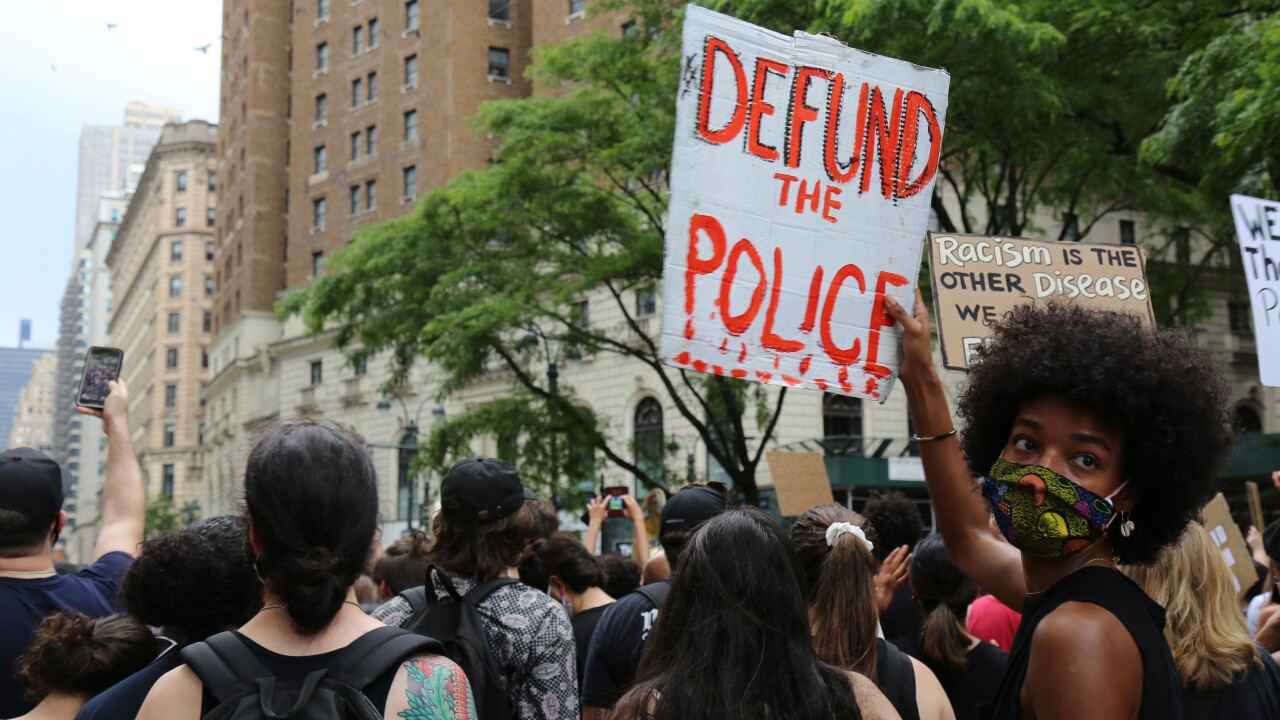 Copyright 2020 The Associated Press. All rights reserved
Ragan Clark/AP
FILE - In this June 6, 2020, file photo, protesters march in New York. Since Floyd’s killing, police departments have banned chokeholds, Confederate monuments have fallen and officers have been arrested and charged. The moves come amid a massive, nationwide outcry against violence by police and racism. (AP Photo/Ragan Clark, File)

City commissioners in Portland, Oregon, voted to cut nearly $16 million from the Portland Police Bureau's budget in response to concerns about police brutality and racial injustice.

The cuts approved Wednesday are part of a city budget passed by the commissioners with a 3-1 vote. The police budget had stood at about $240 million before the commission action. The money saved by eliminating the gun reduction violence team, school resource officers and transit officers will be redirected to social service programs.

Portland is the latest city to cut police funding.

Thousands of protesters have filled the streets nightly for three weeks following the police killing of George Floyd in Minneapolis.

Two weeks ago, Minneapolis City Council voted to begin the process of dismantling its police department. The call to dismantle and defund police departments is among the reforms many activists as part of the Black Lives Matter movement have requested since Floyd's death.