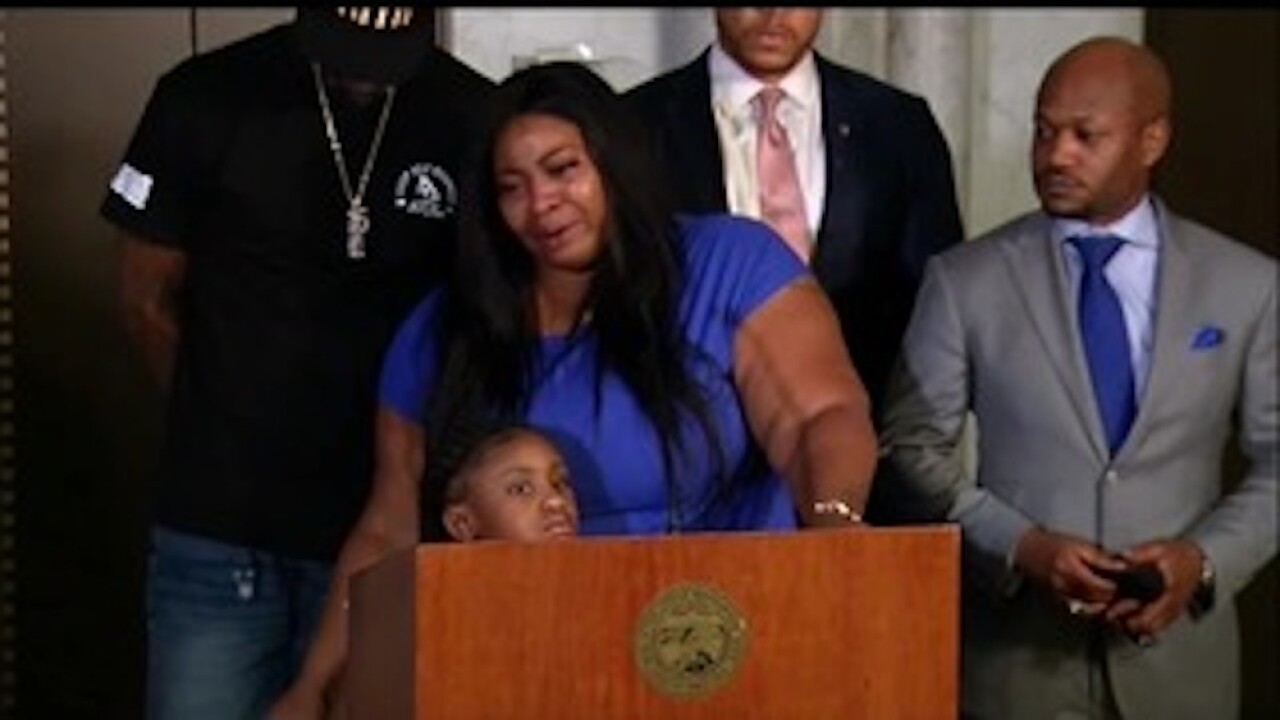 In a series of emotional interviews on Tuesday, George Floyd's daughter and her mother remembered Floyd as a "good man" and "super fun dad."

Roxy Washington, the mother of Floyd's 6-year-old daughter Gianna, told reporters that she hopes the officers who arrested him face consequences for Floyd's death.

"This is what those officers took from me," Washington said through tears. "At the end of the day, they get to go home and be with their families. Gianna does not have a father. He will never see her grow up, graduate. He will never walk her down the aisle. If she has a problem and needs her dad, she does not have that anymore."

Washington added that even though she and Floyd and their "ups and downs," she still considered him a good person.

In a later interview, Washington described talking to Gianna and telling her how her father had died. She said she wasn't planning on revealing everything about her father's death, but Gianna overheard TV coverage.

"She said, 'Mom, something is going on with my family.' I said, 'why do you say that?' And she said, 'because I hear them saying my daddy's name on TV," Washington said. "She wanted to know how he died. And the only thing that I can tell is he couldn't breathe."

Gianna described her father to reporters as a "super fun dad" who often carried her on his back.

A video of Gianna taken on Tuesday, which was later shared on Twitter by Bernice King, the daughter of Martin Luther King, Jr., Gianna said that her father "changed the world."