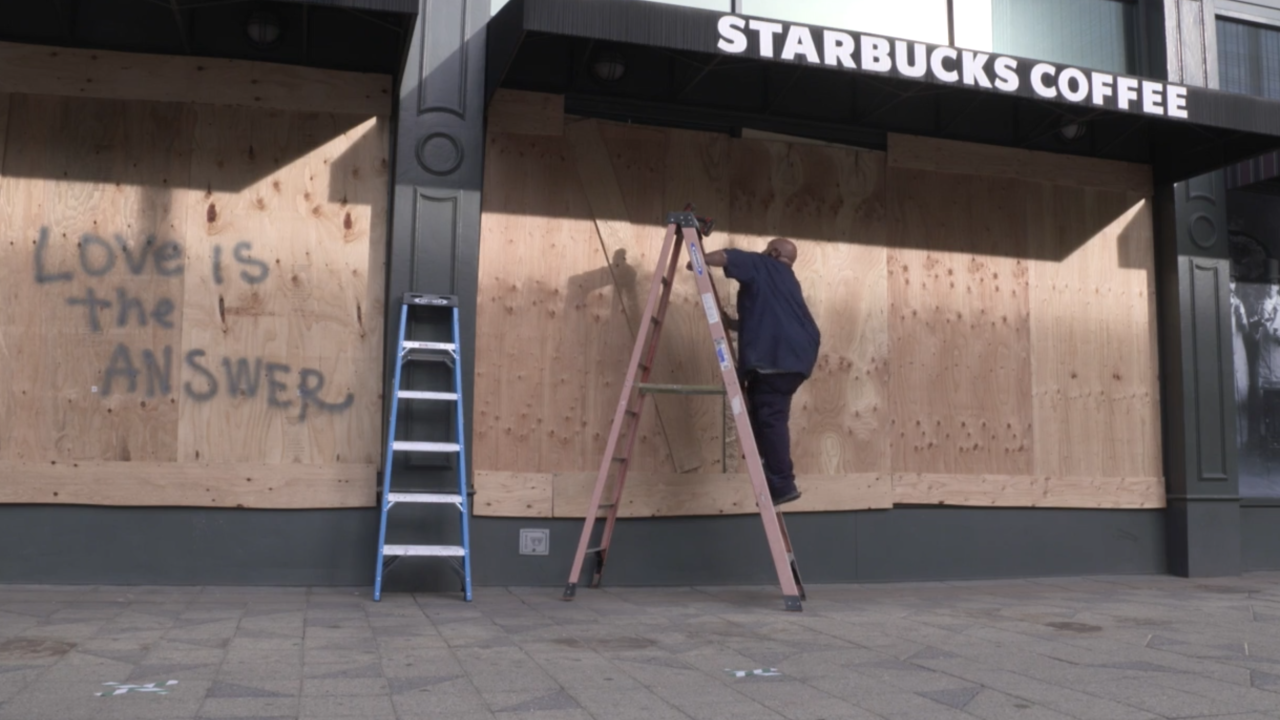 As activists march through cities across the country, some protests that started off peaceful have ultimately ended in violence and looting.

Now, more businesses have taken notice and are taking action.

“These are the boards we have here,” said Joe Quintana who works at a souvenir shop in downtown Denver.

After several neighboring businesses were broken into, Quintana’s boss decided to board up his business.

“It takes time and more money to do this but trying to keep the safety out here,” he said.

Construction crews are now working around the clock, protecting properties with plywood.

“It can be hectic having to put this stuff up on a regular basis,” said handyman Jeffrey Berlin, who is reluctantly cashing in on the chaos.

After being out of work for months due to COVID-19 concerns, Berlin is taking whatever jobs he can get, including boarding up buildings like Starbucks coffee shops.

“I’d like to have a lot more (work) but I don’t want to get it under these circumstances,” he said.

These circumstances have caused more businesses to board up their properties including some that recently reopened during this pandemic.

Just days after coronavirus restrictions were lifted, Kluck had to board up in fear of looters.

“It’s like a false sense of security,” he said. “But I mean it will keep hopefully a brick or something from going through a window and people coming into our restaurant.”

As protesters continue to call for social change across the country, others are now asking activists to alter their tactics saying protests should be done peacefully.