VIDEO: 75-year-old man in serious condition after he was shoved to ground by 2 Buffalo cops 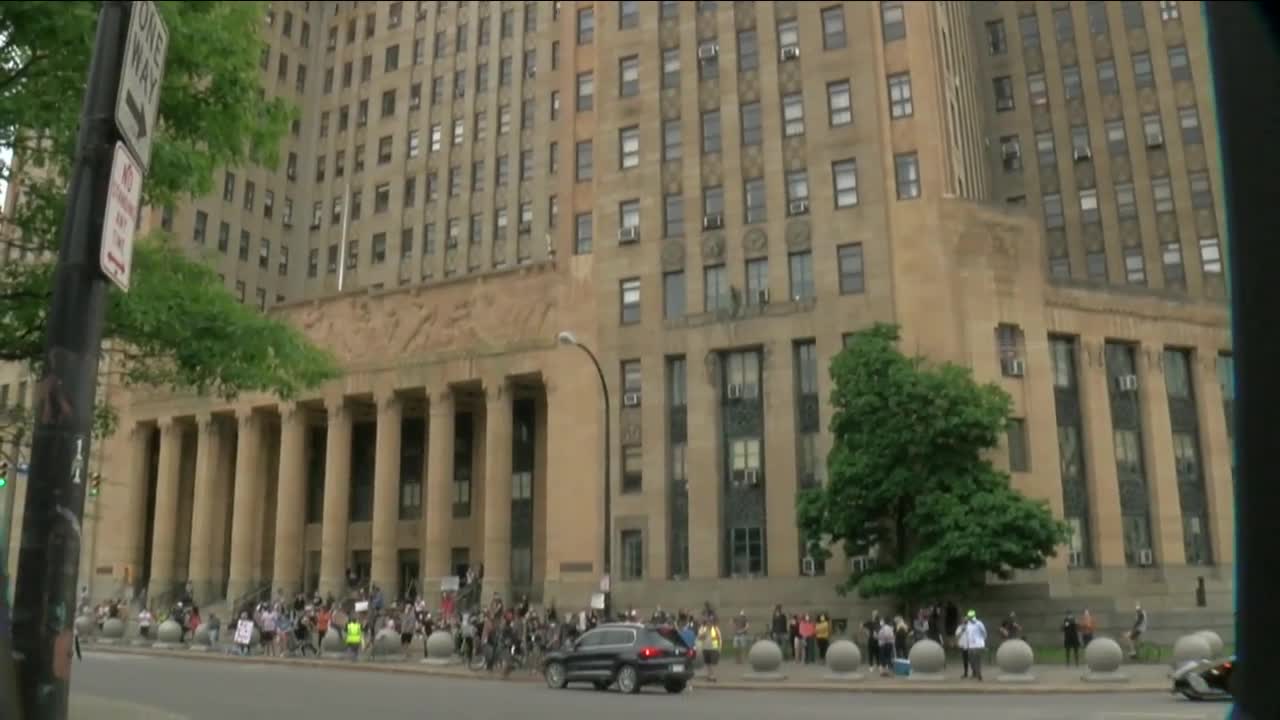 Two Buffalo police officers are now suspended after an incident in Niagara Square. 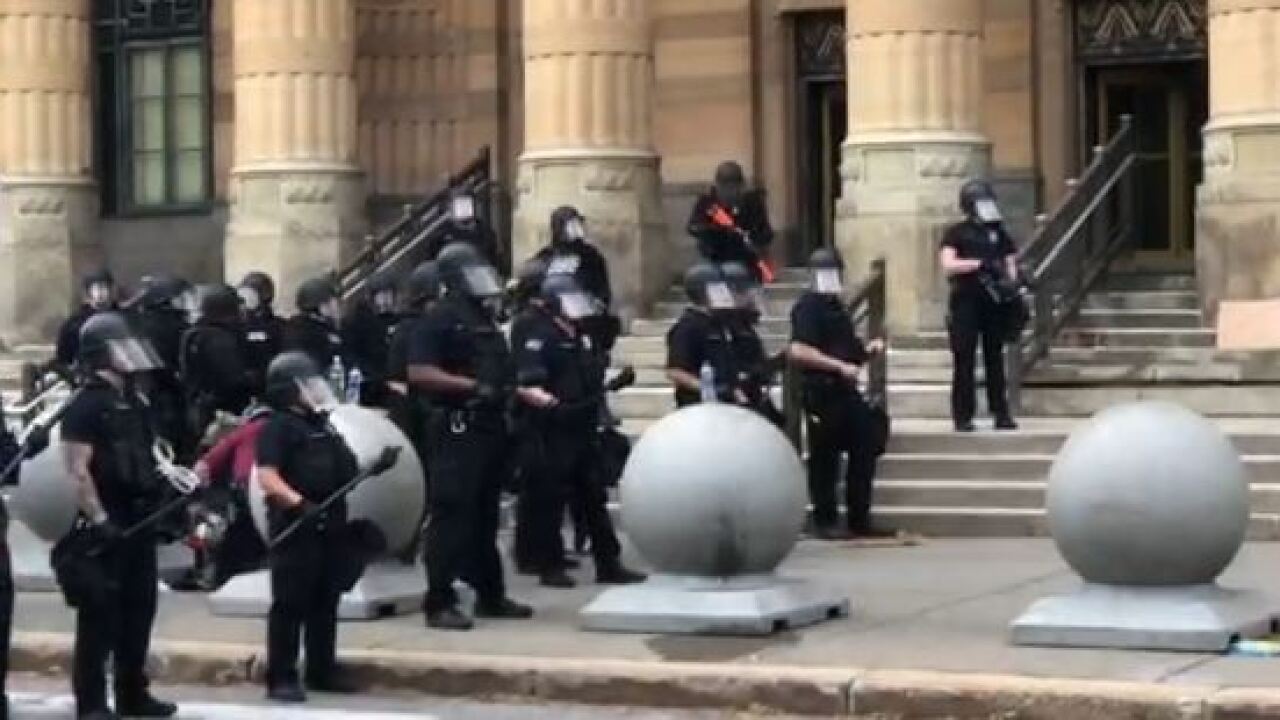 BUFFALO, N.Y. — Two police officers have been suspended without pay after a video showed them shoving a 75-year-old man to the ground during a protest at Niagara Square.

Police originally said the man fell, video captured by WBFO-TV clearly shows an officer push the man to the ground.

Through the officer's nametag — which is visible in the WBFO video — and through records confirmation, Scripps station WKBW in Buffalo has identified the officer as Aaron Torgalski, a six-year veteran of the police force.

The man who fell is stable and in "serious" condition at Erie County Medical Center. On Friday, Erie County Executive Mark Poloncarz tweeted that the man is "alert and oriented."

Later on Thursday, Buffalo Police Commissioner Byron Lockwood has ordered the suspension of the officers involved in the incident.

Buffalo Mayor Byron Brown released a statement confirming the incident at around 11 p.m.

"I was deeply disturbed by the video, as was Buffalo Police Commissioner Byron Lockwood. He directed an immediate investigation into the matter, and the two officers have been suspended without pay," Brown's statement read, in part. "After days of peaceful protests and several meetings between myself, Police leadership and members of the community, tonight's event is disheartening. I hope to continue to build on the progress we have achieved as we work together to address racial injustice and inequity in the City of Buffalo."

Warning: The video below depics acts of violence by police against an elderly man and includes images of blood.

Just about an hour ago, police officers shove man in Niagara Square to the ground (WARNING: Graphic). Video from: @MikeDesmondWBFO pic.twitter.com/JBKQLvzfET

New York Gov. Andrew Cuomo also released a statement about the incident, saying that police officers must "enforce — NOT ABUSE — the law."

This incident is wholly unjustified and utterly disgraceful.

I've spoken with Buffalo @MayorByronBrown and we agree that the officers involved should be immediately suspended pending a formal investigation.

Police Officers must enforce — NOT ABUSE — the law. https://t.co/EYIbTlXnPt

The curfew in the City of Buffalo is in effect from 8 p.m. to 5 a.m. through and including Sunday.

This story was originally published by WKBW in Buffalo, New York.