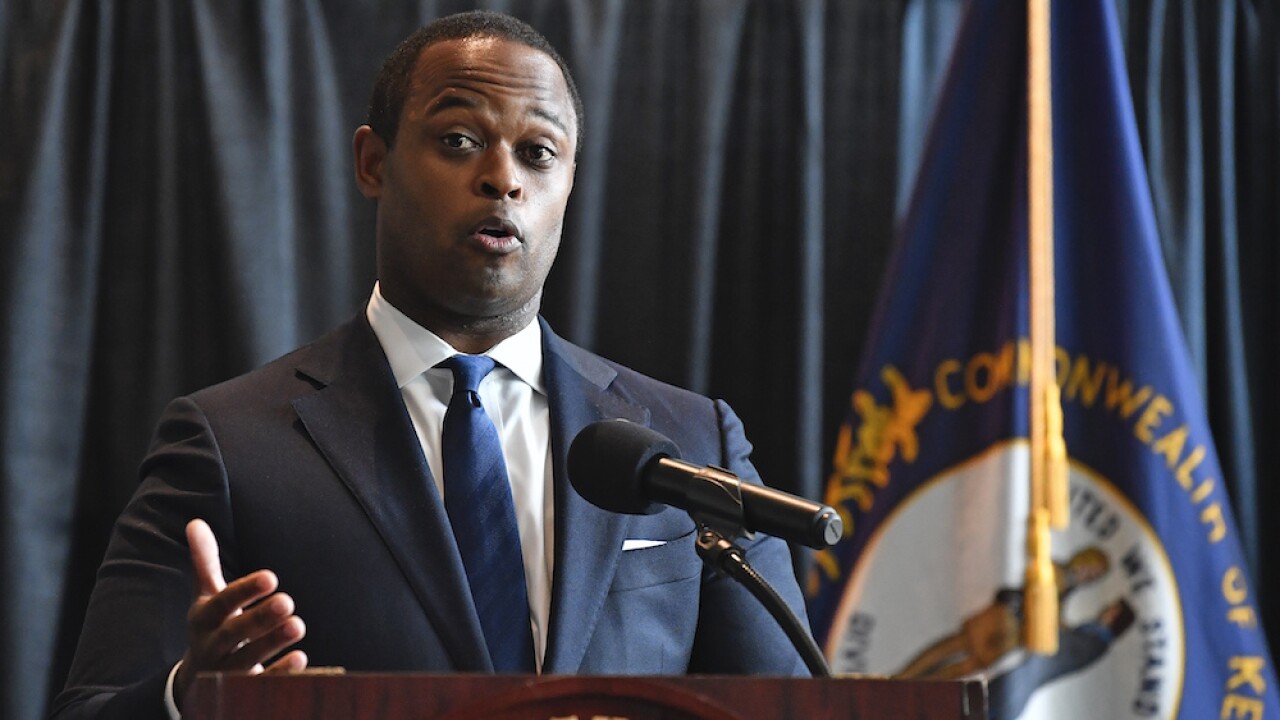 A second grand juror who was tasked with deciding which police officers involved in the shooting at Breonna Taylor's apartment that led to her death should be charged has come forward to criticize the process.

In September, a grand jury charged one police officer with three counts of wanton endangerment for firing his gun at an apartment complex. No officer who fired their guns toward Taylor or her boyfriend, Kenneth Walker, were charged in connection with Taylor's homicide.

At the time, Kentucky Attorney General Daniel Cameron said the grand jury agreed that the officers were justified in their actions because they were fired upon first.

According to WLKY-TV in Louisville, a second grand juror anonymously came forward on Thursday and claimed that the panel was not given the opportunity to consider homicide charges against police officers.

"The grand jury was only allowed to consider the three wanton endangerment charges against Detective Hankison. No opportunity to consider anything else was permitted," the juror said, according to WLKY. "Anonymous grand juror No. 2 agrees wholeheartedly with the statement released on behalf of anonymous grand juror No. 1 on 10/20/2020 and is looking forward to continuing to help set the record straight."

The statement was released through attorney Kevin Glogower, who represents both anonymous grand jurors who have spoken out about the process.

Earlier this week, a Kentucky judge took the unusual step to allow those who served on the grand jury to speak publicly about the process. The ruling came against the wishes of Cameron, who is in charge of prosecuting the case.

The first grand juror also claimed that prosecuting officials did not give the jury an opportunity to charge officers with Taylor's homicide.

"The grand jury did not have homicide offenses explained to them," the juror wrote in a statement also released by Glogower. "The grand jury never heard anything about those laws. Self defense or justification was never explained either. Questions were asked about additional charges and the grand jury was told there would be none because the prosecutors didn't feel they could make them stick. The grand jury didn't agree that certain actions were justified, not did it decide the indictment should be the only charges in the Breonna Taylor case. The grand jury was not given the opportunity to deliberate on those charges and deliberated only on what was presented to them. I cannot speak for other jurors but I can help the truth be told."

Taylor was killed by police on March 13, when officers attempted to serve a "no-knock" narcotics warrant at her apartment. The warrant was related to an ex-boyfriend, Jamarcus Glover.

Officers and Taylor's neighbors agreed that police pounded on Taylor's door prior to entering her apartment. Thinking the officers were intruders, Walker, fired what he called a "warning shot" toward police when they entered the apartment. Police say they responded with gunfire because they felt their lives were endangered.

However, 12 of Taylor's neighbors have said they did not hear police identify themselves before entering the apartment. In a press conference following the announcement of charges, Cameron said one neighbor did corroborate police claims that they identified themselves, and when asked if he felt that was enough evidence, pointed to the grand jury's decision not to file charges