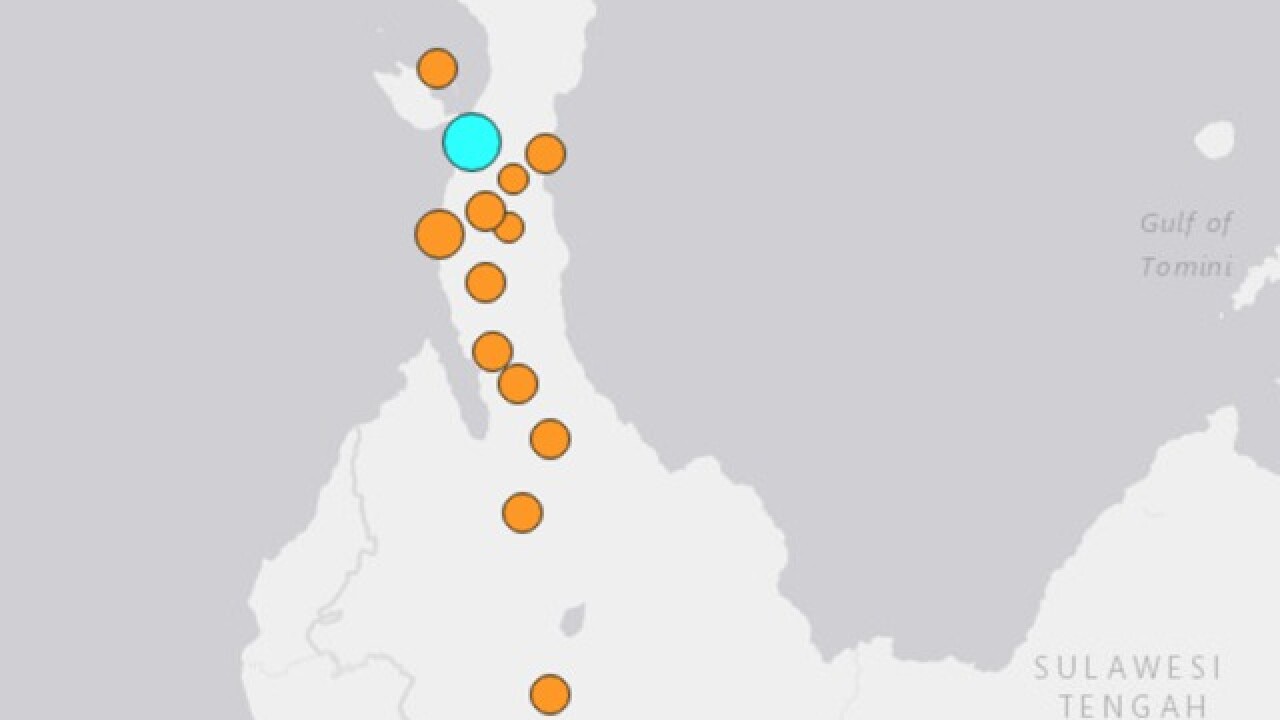 At least one person died and 10 were injured, according to Indonesia's Disaster Management Agency, after a series of earthquakes struck the island of Sulawesi on Friday afternoon.

Initial reports from the agency say dozens of buildings collapsed in Palu City in the Donggala region of Sulawesi.

Evacuations are underway and people have been advised to remain alert and outside their homes.

The shaking of the 7.5-magnitude tremor was "severe" and the likely damage following the quake "moderate to heavy," the USGS said.

Following the initial tremors, a tsunami followed. Reports of damage haven't been made known yet.

The Latest: Indonesia's disaster agency says the magnitude 7.5 Sulawesi earthquake caused a tsunami that hit the provincial capital of Palu and another city, Donggala. https://t.co/vvfZT7bBK5

Local media reports that the airport at Palu has been closed until Saturday evening.

The quakes come a month after a trio of earthquakes hit several islands in the South Pacific and Indonesia, including Lombok, which is still recovering from the effects of an August 5 earthquake that killed more than 430 people.