With nationwide calls for change, what role does race play in our school system? 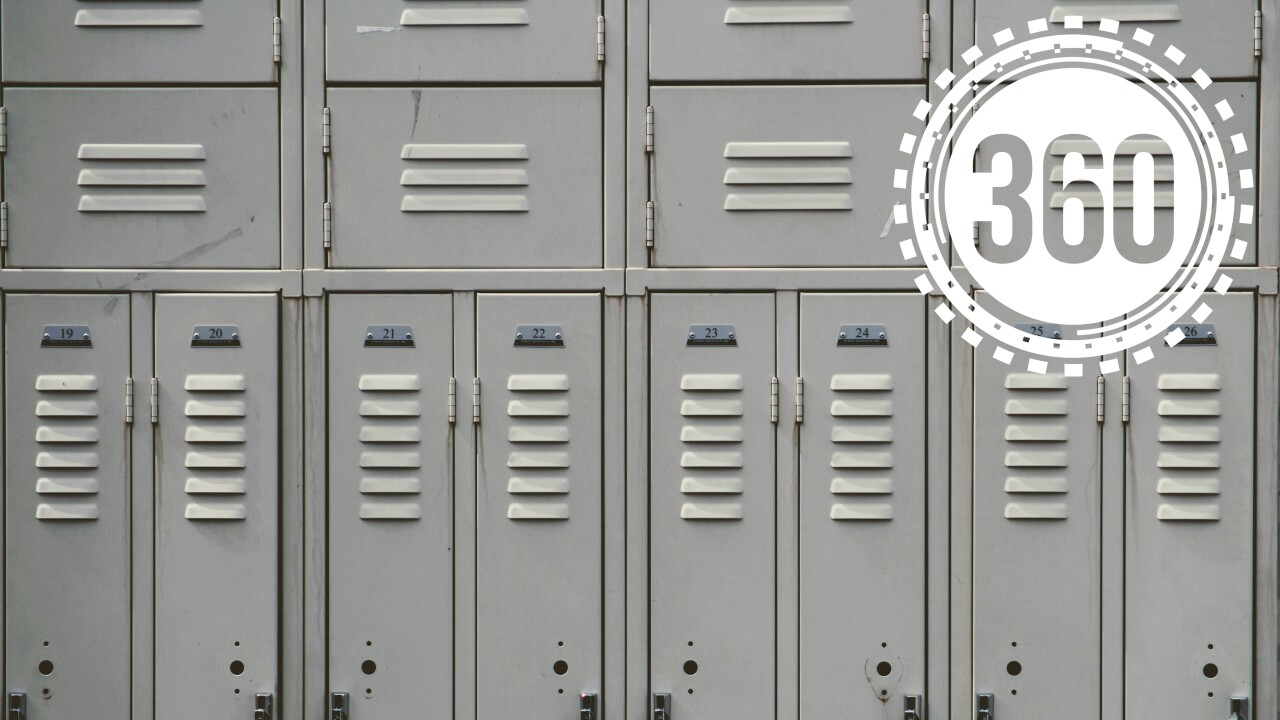 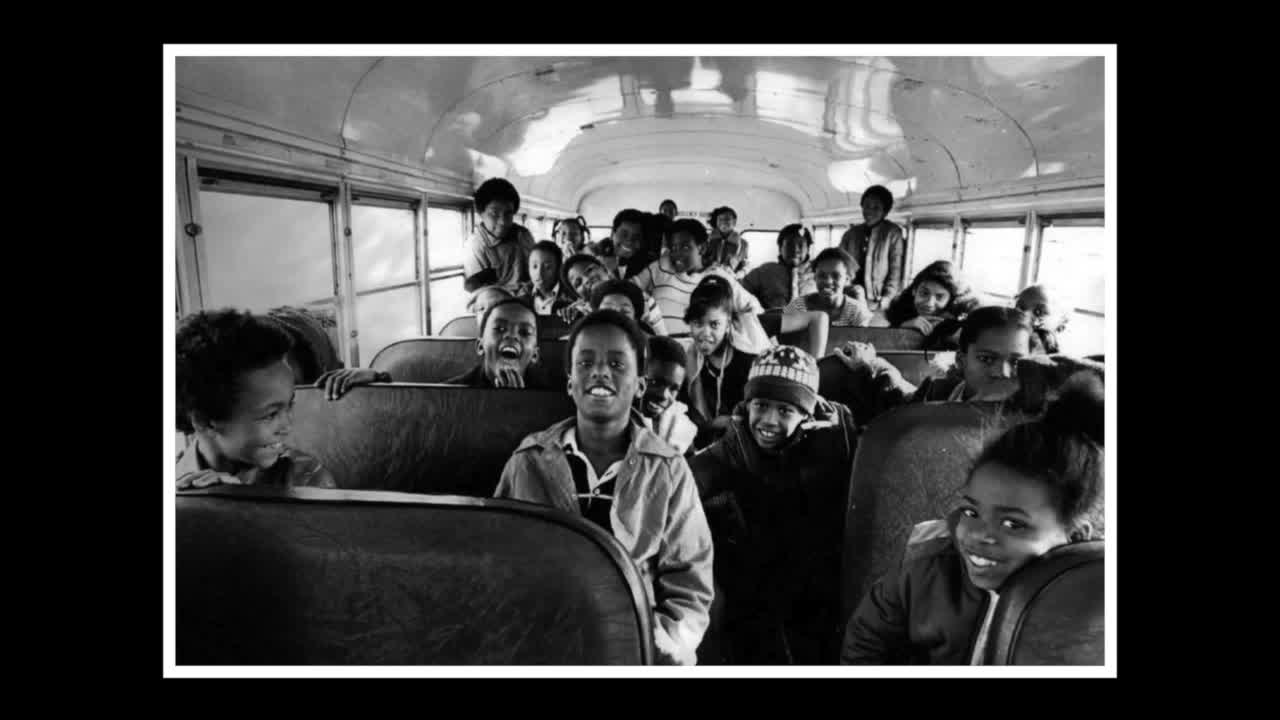 DENVER -- The halls of Dr. Martin Luther King Jr. Early College have been empty for months. Along with summer break, the COVID-19 pandemic left the classrooms vacant.

However, nationwide protests calling for racial equality have made their history projects more relevant than ever.

Over the decades, race has played a role in schools, from segregation to achievement gaps. With equality at the forefront of discussions, when students return to class in the fall, what role should race play in schools? Denver7 went 360 to bring multiple perspectives on the topic.

A history of race in schools

Colorado schools were segregated until 1954, when the U.S. Supreme Court ruled that the practice was unconstitutional in Brown v. the Board of Education.

For two decades after that ruling, however, school district zoning and neighborhood makeups in Denver largely kept students separated.

“Colorado has a history of race that created redlining housing covenants that essentially segregated the city,” said Dr. Sharon Bailey, a senior adviser for equity initiatives for Denver Public Schools.

It wasn’t until a second U.S. Supreme Court ruling in 1973 that Denver schools began to integrate. In Keyes v. School District No. 1, a supreme court justice ruled that Denver’s school board, “Intentionally created and maintained the segregated character of the core city schools."

Shortly after that, DPS began busing students from their neighborhoods to other schools in order to promote more diversity in schools.

“Once the busing set in, there was white flight to the suburbs and it became more difficult to integrate schools because the white population was leaving,” Dr. Bailey said.

The busing practice caused controversy but continued until 1995.

Despite numerous attempts to increase diversity in schools, Dr. Bailey says the disparities have continued.

“We have a disproportionate number of black and brown students relegated to special education,” she said.

Minority students are also punished more frequently and more harshly than their peers.

“From the time integrations started, Black children began to be expelled and suspended from school at four times the rate of their white friends,” said Dr. Rosemarie Allen, an associate professor at Metropolitan State University of Denver.

A 2018 federal study found that Black boys were punished far more than their peers and that students with disabilities were also disproportionately punished.

Dr. Allen, who is the former director of the state’s Division of Child Care, says she was suspended multiple times as a child because she was outspoken.

She says students who have been suspended are more likely to be suspended again and that they are also ten times more likely to enter the juvenile justice system. These suspensions and expulsions can also contribute to the achievement gap between races.

“If you’re kicking out children of color, particularly Black children, then how in the world do you think we’re going close these gaps because children can’t learn if they’re not in school,” Dr. Allen said.

These suspensions can lead to a distrust between students and teacher or cause minority students to dislike the idea of schools altogether since they feel like a target.

“We have to remember that one of the primary places of trauma for African Americans are in our school systems,” said Dr. Allen.

She also points to the perception school resource officers can cause minority students to feel more criminalized than other demographics.

As an educator, she believes part of the reason for the disproportionate punishments is the fact that there was not enough training on how to integrate schools successfully.

Another factor has to do with the fact that the majority of teachers in schools are white with a different cultural background.

In recent years, Denver Public Schools has gotten rid of its early childhood suspensions and added more support systems for students who are struggling and are perceived to be acting out.

There are also more resources to help teachers understand how to deal with behaviors they find to be challenging.

In recent weeks, the school board also voted to get rid of school resource officers, a move that has been met with mixed reactions from parents.

The role teachers play in schools

One of the major reasons Dr. Allen believes the disproportionate punishment was happening in the first place has to do with cultural disconnects between teachers and students.

The majority of teachers in schools are white and female with a different cultural background than some of their students.

He believes bringing more diversity into the classroom is important. A 2018 study found that students who have had at least one same-race teacher over their academic career were 13% more likely to graduate.

“Because of the demographic mismatch we’ve got a workforce that is largely incompetent in terms of knowing how to engage students of color in a way that builds on their assets,” said Dr. Bailey.

For Black students, seeing a minority as an educator can be inspiring; for white students, minority educators can open their eyes to other human experiences and result in more empathy.

Part of the reason Munoz believes there are so few minority educators has to do with the way higher education and the prep courses to become a teacher are set up.

After they become teachers, Dr. Bailey says minority teachers have a history of being treated differently that makes retention difficult.

“The stories that I hear is that they were experiencing hostile work environments, micro-aggressions on a daily basis, not feeling treated like the professionals that they are and it really makes it hard to retain these teachers,” she said.

She would like to see districts work harder to recruit more minority educators and staff.

Munoz, meanwhile, says white teachers need to continue to educate themselves on the history of racism in the country and to continue their professional development by looking for inherent biases in themselves.

“For teachers, we need to work on ourselves. We need to read a book and consider the implications of that,” Munoz said. “I think the easiest thing is start by listening to your kids and trusting the kids and seeing yourself in solidarity with them.”

The second thing he wants teachers to do more often is to believe that every one of their students has the ability to succeed in school.

Talking about race in schools

There is the role race plays in schools and then the role schools play in teaching students about race.

Dr. Allen believes discussions about race needs to start at a young age and evolve as the child gets older. For children who are three and four, she says that means talking about race in terms of fairness and the fact that some people are treated worse than others.

By ages five and six, Dr. Allen says that conversation needs to evolve to talking about empathy and asking the child to consider what they would feel like if they were treated differently.

By age seven, she says the discussion should revolve around intervening and talking to kids about what they can do to make sure their peers are being treated fairly.

As children get older, then talking about current events and putting them into context are important.

Dr. Allen says the one thing parents and teachers cannot do is try to ignore the topic.

“The failure to talk about race actually promotes racism because children are categorizing, and without any information from adults, they pick up racial cues,” Dr. Allen said.

Dr. Bailey, meanwhile, says that pretending to be color blind in terms of race can be equally damaging because people are failing to acknowledge or appreciate different cultures.

Instead of trying to tell children that everyone is the same, she believes they should be encouraged to understand that people are different and learn to appreciate the diversity.

“We’ve been avoiding conversations around race in education and when we do that, we do an injustice to all of our students,” Dr. Bailey said.

It wasn’t until a group of teenagers from Dr. Martin Luther King Jr. Early College traveled to Washington, D.C. and visited the National Museum of African American History and Culture that they say they truly learned about black history in America.

In their history classes before, the students said they were only ever taught about a few historical figures while numerous others were left out.

“We only get to know about MLK, Malcolm X, Rosa Parks and a few other people,” sophomore Kaliah Yizar said.

The teens are members of the Black Student Alliance. Since returning, they have started to push for more teachers across the district to visit the museum as well to grow a better understanding and appreciation of black history.

“Students need to know way more than just the same textbooks we’ve been studying for the past decades,” Yizar said.

This month, the teens also launched a new podcast that focuses on racial justice. The podcast is called Know Justice, Know Peace, DMLK’s The Take and it focuses on bringing a youth perspective to the conversation around race.

They are also hoping that when school resumes in the fall, teachers will take some time to discuss current events with their students.

“Conversation around race should be open so kids really get to express how they feel about the topic,” Dahni Austin said.

Acknowledged or not, there is a role race plays in schools and a role schools play in teaching students about race.

Conversations about racism, diversity and adversity can be difficult. Addressing some of the historical issues surrounding race in schools can be even more difficult.

However, schools are a place for learning, growing and honest dialogue, even if those conversations are uncomfortable.