When is the right time for older drivers to hang up the car keys for good? 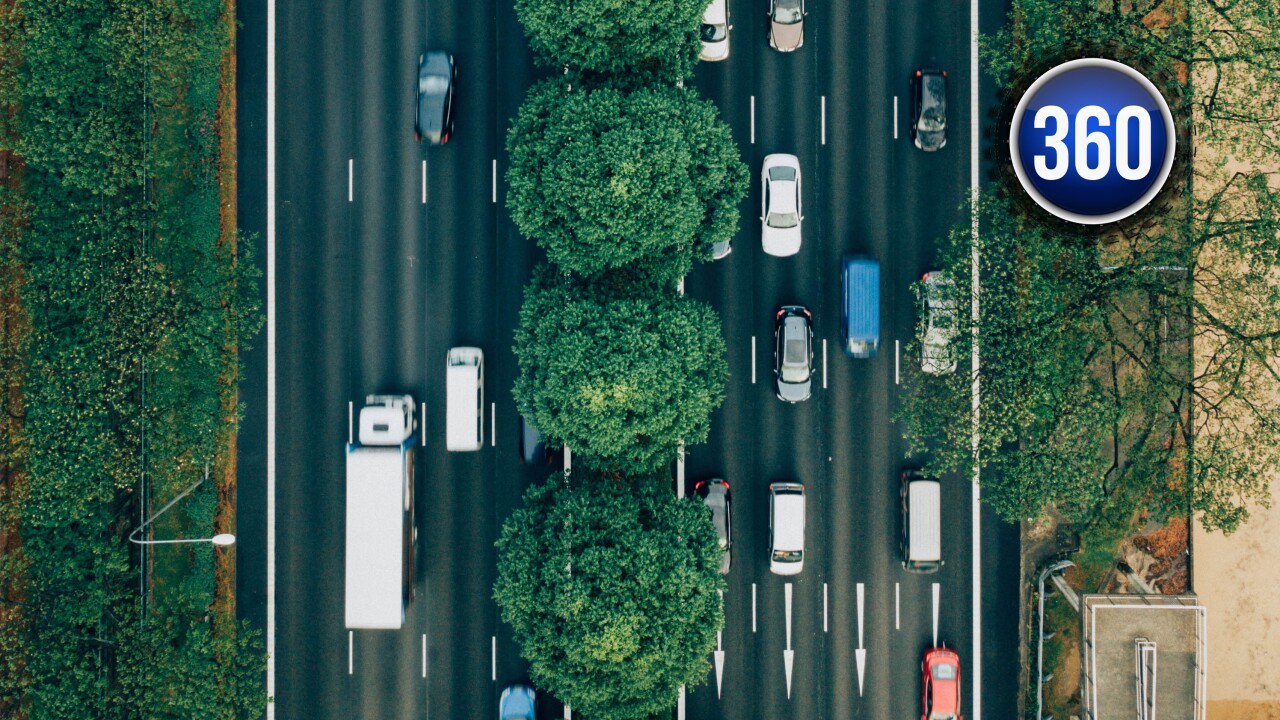 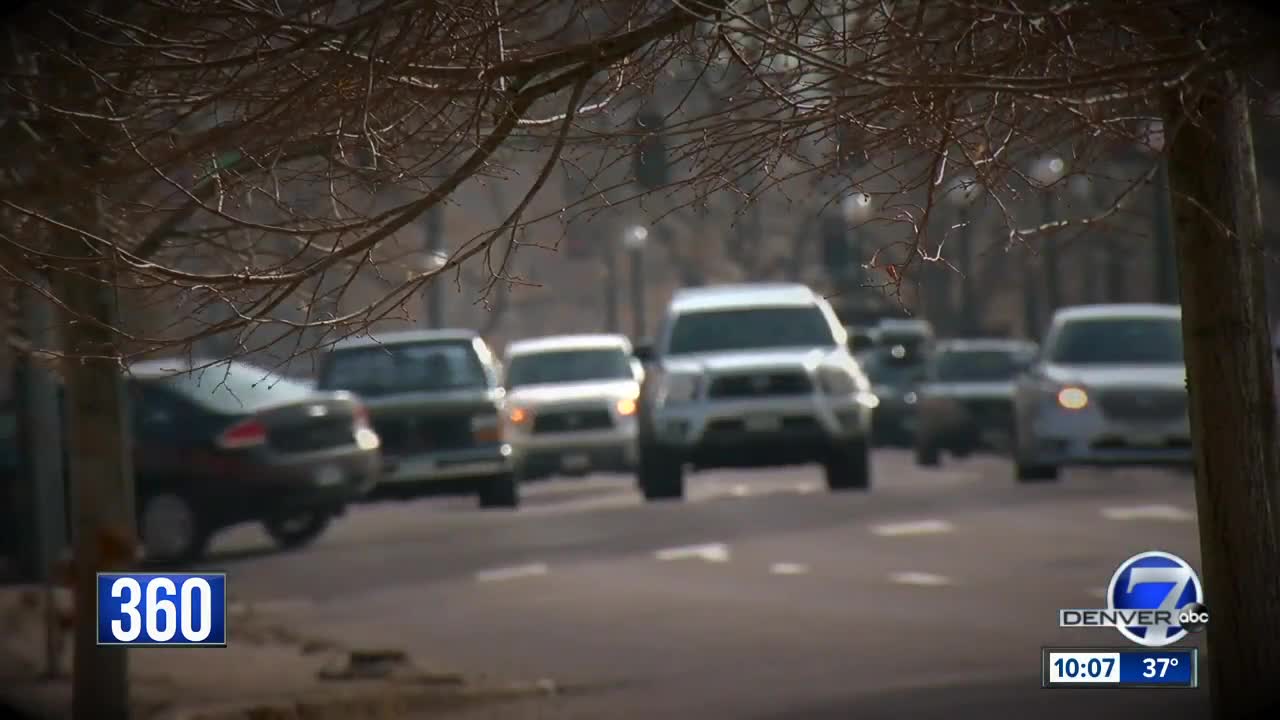 DENVER — The decision for a senior to give up driving for the sake of safety isn’t an easy one, but it is an important discussion for families to have.

Colorado State Patrol recently reported that in 2018, drivers 65 and older were involved in 129 deadly crashes throughout the state.

So, is there a right age when drivers should be forced to give up the car keys or does it depend on the person? Denver7 brings you a 360 look at the decision to stop driving.

Rules of the road

Colorado law requires most drivers to renew their licenses every 10 years. However, drivers 65 and older are required to physically go into the Department of Motor Vehicles every other renewal.

During that time, they will be asked a series of questions by DMV employees to make sure they are coherent enough to drive. If the driver seems to be having a difficult time answering questions or retaining information, the DMV employee could require them to retake the driving test.

Family members, doctors or law enforcement can also send a request to the DMV for an older driver to be required to retest.

However, there is no age when older drivers are automatically required to retake a driving test.

There are also more senior drivers on the roads than in the past.

There is one day in October Chris Spanos will never forget: the day an 82-year-old driver struck and killed his father.

Spanos’ father, who was also named Chris, was out on a motorcycle ride with several of his friends near Perry Park in 2013 when a driver went through a stop sign and hit him. After nine days in the hospital, Spanos’ father passed away.

In the years after his father’s death, Spanos has pushed for more to be done to make sure older drivers are still fit to be on the roads.

Spanos, who is a pilot for Frontier Airlines, says he is required to go in for a medical exam every six months and so he believes periodic testing for drivers would be fitting as well because the way he sees it, cars are gigantic weapons that can and have killed.

“If it was my perfect world, it would be at some age you have to retest for your driver’s license,” he said.

He said he would also like to see senior drivers be required to physically go into the DMV more frequently.

Spanos said he knows this would pose additional burdens on the state, but he believes they should be a requirement.

He said if something like that had been required and saved his dad, it all would have been worth it.

According to AAA polling, the majority of parents' adult-aged sons and daughters — about 83 percent — have not had a conversation with their parents about when is the proper time to give up the car keys.

AAA spokesman Skyler McKinley says it is a difficult but necessary conversation and there are signs families can look out for to see if it’s time to have that talk.

“It’s just organically and periodically asking questions to gauge comfort level in vehicles and then to monitor your parents,” McKinley said.

Drivers 65 and older are not the riskiest people on the road. When they do get in accidents, however, the crashes are more likely to be deadly.

There are also several factor older drivers sometimes don’t take into consideration that could affect their driving.

“Older drivers are more likely than younger drivers to be taking medication, but they might not be checking how those medications interact with each other and that might impair them,” McKinley said.

McKinley said he does not believe there is a perfect age for drivers to hang up the car keys, but he says the data shows that even seniors are not opposed to additional testing.

“Eighty percent of drivers over the age of 75 years think that drivers their exact age should have to go through a medical test before they can renew their driver’s license. That seems sensible,” McKinley said.

Dr. Carolyn DiGuiseppi has been studying senior drivers for years as a professor of epidemiology at the Colorado School of Public Health within CU for the past 10 years.

“As people age, they may have declines in vision that reduce their ability to perceive risks on the road," Dr. DiGuiseppi said. "They may have trouble, especially at night. We see declines in reaction time as people get older, which means they may not be able to respond as quickly to crashes.”

For the past five years, Dr. DiGuiseppi has been participating in the LongROAD study, which is evaluating the risk factors for older drivers. The study, which is sponsored by AAA, is set to wrap up in 2035.

The need for the study is straightforward: In 2016, there were 41.5 million licensed drivers over the age of 65 and that age group is growing faster than any other.

Researchers are trying to understand how things like medications, limited mobility, cognitive declines and even new vehicle technology affect drivers as well as the health consequences for seniors who stop driving.

Something researchers have already noticed during the study is that seniors change their driving habits naturally over time.

“Older drivers do a lot of what we call self-regulation. They perceive changes in their driving ability and their comfort with driving,” Dr. DiGuiseppi said.

For some drivers, that means reducing the amount of time they are behind the wheel, driving shorter distances or choosing not to drive on highways or at night.

If there is a crash, it’s the seniors themselves who are at the highest risk for injury or death.

“Older people in general have a greater risk of injury when an injury event occurs because of things like osteoporosis,” Dr. DiGuiseppi said.

There’s also a certain sense of pride and self-worth that comes with driving, particularly in make drivers.

"Independence is probably the biggest concern for older drivers,” she said.

Drivers in rural areas, where there are fewer public transportation options have shown more concerns about losing their ability to drive. Older drivers are also less likely to use things like taxis or rideshare to get around.

According to Dr. DiGuiseppi’s research, only 15 percent of seniors use those services since many of them don’t have smart phones. Instead, they often rely on family members or friends to get around.

Despite this, she says there’s no one perfect age for people to give up driving.

“There’s nothing about a specific age that says you can’t be a safe driver. It’s more about what you’re able to do and whether you can drive safely given your abilities,” she said.

We need to talk

“We know that older drivers are not the most dangerous people on the road,” Cortez said. “They’re nowhere near younger adults, especially young males — that’s really the largest group of accidents that result in fatalities.”

When it is time for families to have the talk about retiring the car keys, AARP also has a program to help get the conversation started called We Need to Talk.

Cortez herself went through the program and spoke with her father about when is the right time to stop driving.

“It was a process and a lot of people were involved,” she said.

There are signs to look for in senior drivers, like if they are involved in minor crashes, drive too fast or too slow for road conditions, are showing delayed response times, are hitting curbs or having a hard time staying in lanes or become easily distracted.

Cortez decided it was time to talk with her father after he got into a minor fender bender. Ultimately though, it was the DMV that decided not to renew her father’s license.

“It was kind of a relief because he respects the authority,” she said.

Still, Cortez says it’s important for people to understand that accidents happen on roads every day and seniors aren’t always to blame.

“Don’t think that people 65+ are going out there and causing all of the fatalities and are very dangerous on our roads because they’re not,” she said.

When is the right time to stop driving?

Everyone Denver7 spoke with for the story agreed on two things: As we age, each of us will have to eventually give up driving for the sake of safety, but there is no one age that’s right for everyone.

Colorado laws only require older drivers to come in to the DMV every other renewal so it’s up to senior drivers and their families to figure out the right time to hang up the car keys for good.

Email your thoughts on this issue to 360@thedenverchannel.com.