What's next now that the magic mushrooms initiative passed in Denver? 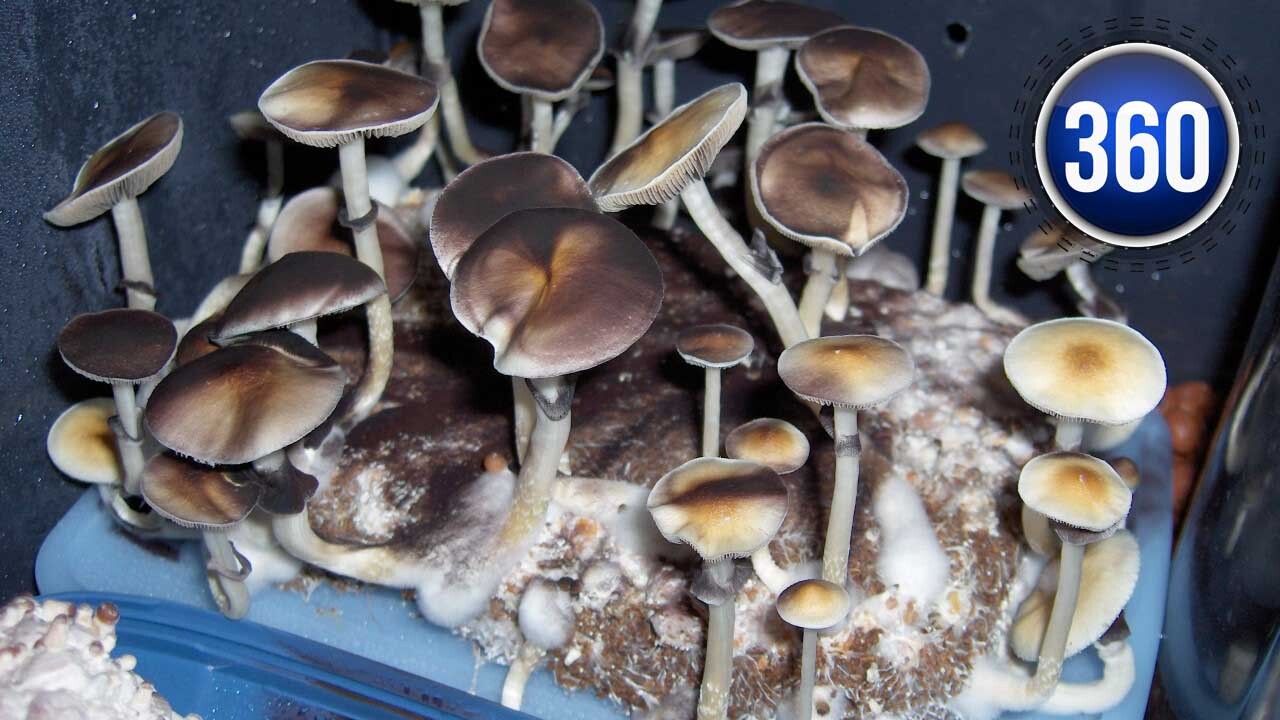 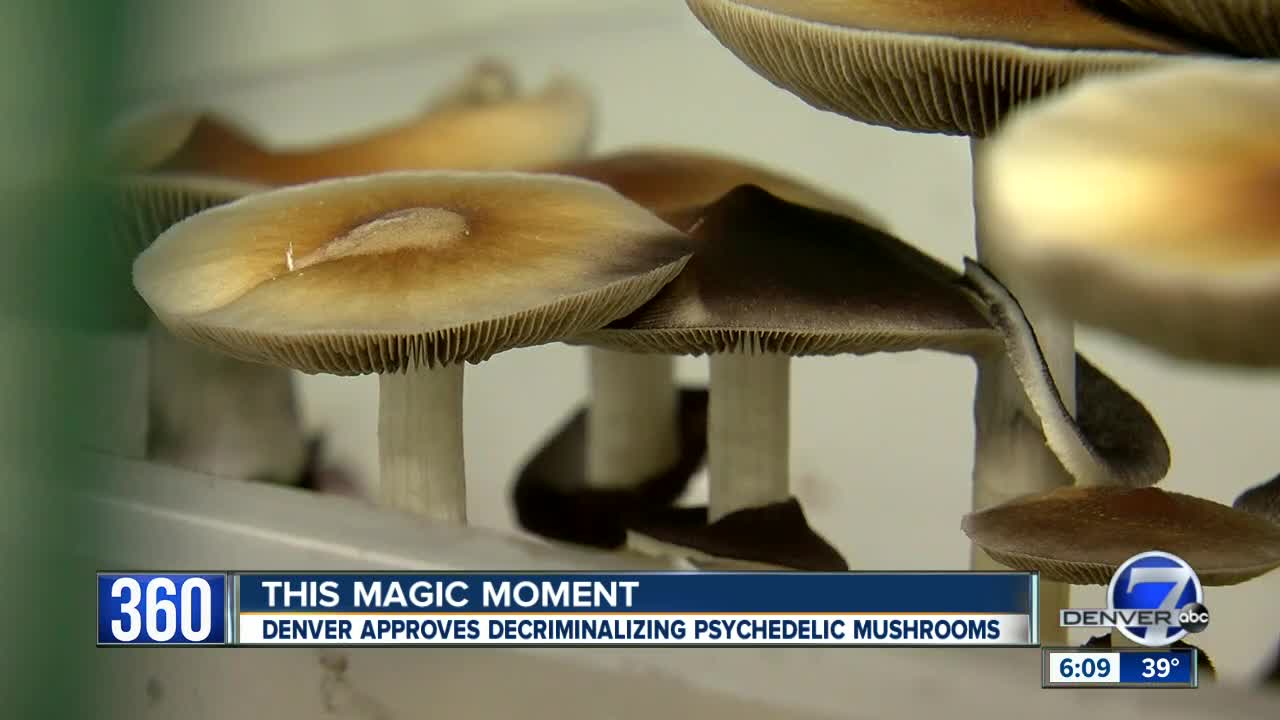 DENVER -- Denver became the first city in the country Tuesday to vote in favor of decriminalizing psilocybin mushrooms.

Initiative 301 narrowly passed with 50.6 percent of the vote, according to unofficial election results, so we went to ask questions about this historic move and what it means for Denverites now that the voting is done.

The election results will be certified May 16 and then Initiative 301 will be immediately implemented, according to the ballot language.

“It’s self-executing. The city doesn’t have to do anything except appoint a review panel,” said Josh Kappel, a partner with Vicente Sederberg LLC and a supporter of Initiative 301.

After the election results are certified, Initiative 301 directs law enforcement agencies in Denver to treat psilocybin mushrooms as their lowest priority. It also prohibits the use of city money or resources to enforce criminal penalties for people caught with these mushrooms.

The mayor also has until December 31 to establish a panel to review the implementation and effects of its decriminalization.

“In terms of priorities for our campaign, one of those priorities will be making sure that that review panel gets implemented sooner,” said Kevin Matthews, who lead the decriminalization effort.

“They have a choice now to not be penalized for cultivating at home,” Matthews said. “People can take a huge sigh of relief right now.”

The uncertainty of change

Even after Initiative 301 passed with support of the voters, some are worried the Denver City Council might intervene to change the way it works or slow its implementation.

“We hope the history doesn’t repeat itself here and that the city will just follow the will of the voters,” said Kappel.

Those weary supporters point to an initiative that passed in 2016 that allowed for social consumption of marijuana but was changed by the city council as proof of what can happen even after the voters have had their say.

“They gave (the) city the trust and flexibility to work with them to be able to move forward in a way that would allow a symbiotic relationship and what happened was the administration put in a number of rules that made the program virtually unworkable,” said Initiative 301 supporter Cindy Sovine.

However, Sovine’s permit was denied since she was 986 feet away from a child care center.

Denver’s green roof ordinance, which was passed by voters in 2017, is another case where the city council intervened on a voter-approved initiative.

The new ordinance gives building owners and developers more flexibility in how they can curb the heat island effect with light-colored, reflective roofs, green spaces and other options.

At this point, however, Mayor Michael Hancock has not announced any intention to intervene on the so-called "magic mushrooms" initiative.

“Mayor Hancock respects the decision of the voters and the Denver Police Department will enforce the law accordingly,” the Mayor’s office said in a news release Thursday.

The number of people who have been arrested for psilocybin mushrooms is low according to Denver Police data, so the change in the ordinance might not be as dramatic of a change for officers.

Still, supporters say this change was necessary so that people can feel more comfortable using and growing these mushrooms in their homes.

From campaigning to educating

While the details of how Initiative 301 will work are still uncertain, some users are turning away from campaign mode and toward educating the public about what psilocybin mushrooms do, how they work, etc.

For Melanie Rose Rodgers, part of that education is helping people understand the differences between micro-dosing and macro-dosing and why she and others believe small amounts of these mushrooms could be beneficial to some patients.

“I have used it to help with my depression and anxiety,” she said.

Rodgers lost a baby during childbirth several years ago and says she fell into a deep depression afterward.

“Women today usually turn to pharmaceuticals to help with all these things that happen after such a traumatic thing happens,” she said.

For Rodgers, it wasn’t until she had a psychedelic episode that she realized she hadn’t confronted or addressed the trauma from that experience to try to heal from it.

She believes magic mushrooms might be a better, non-addictive alternative to the pharmaceuticals some patients are currently using.

“We have a mental health crisis in Colorado, in the United States and in the world,” Rodgers said.

She also said she’s met people with chronic pain or regular migraines who have benefited from the use of psilocybin mushrooms.

“People are actually healing themselves,” she said. “What this campaign really does is it offers us a glimpse of hope.”

While Initiative 301 is a historic change for Denver, some supporters believe this is only the beginning.

Travis Tyler Fluck was arrested and convicted of a felony for having a cultivation tank of these mushrooms when he was 21, nearly 18 years ago.

“I was formally charged with attempt to manufacture a controlled substance, which is the same charge you would give someone if they had a meth lab, but no meth,” he said. “It’s a felony. Mushrooms across the country, even a small amount of possession, is a felony, so that has life-altering consequences.”

Fluck is hoping that eventually the city might choose to expunge some people’s records similar to what it did with low-level marijuana convictions.

“I don’t think we should have people who are continuing to suffer for something that people are legitimately able to do,” Fluck said.

That type of decision wouldn’t necessarily affect Fluck since his conviction was in another state. However, he still believes it is something that should eventually happen in Denver.

For other supporters, this is just the beginning of possibilities for the state and the country.

“This victory here in Denver is a clear signal to the rest of the country that Americans are ready to start talking about psilocybin mushrooms,” Matthews said. “Psilocybin mushrooms are an excellent first step here.”