What do people in Colorado think about AOC's proposed marginal tax rate increase on the ultra-rich?

Proposal would tax those making $10M+/year 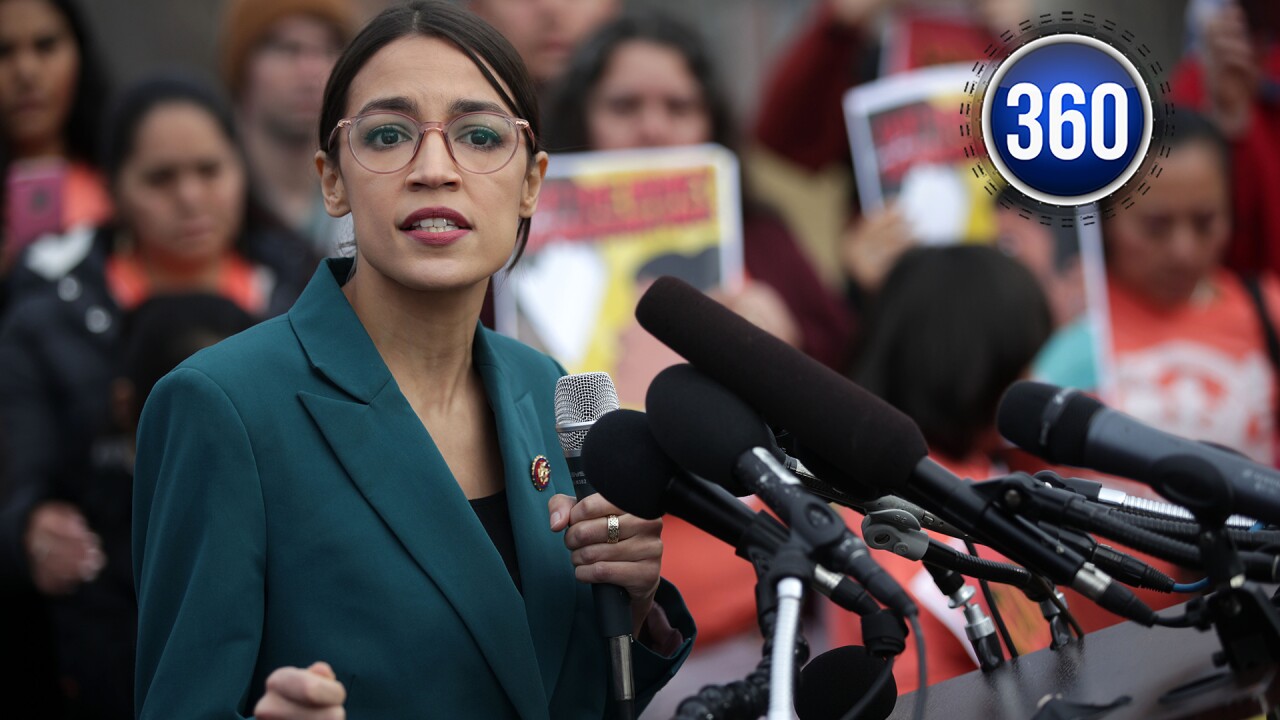 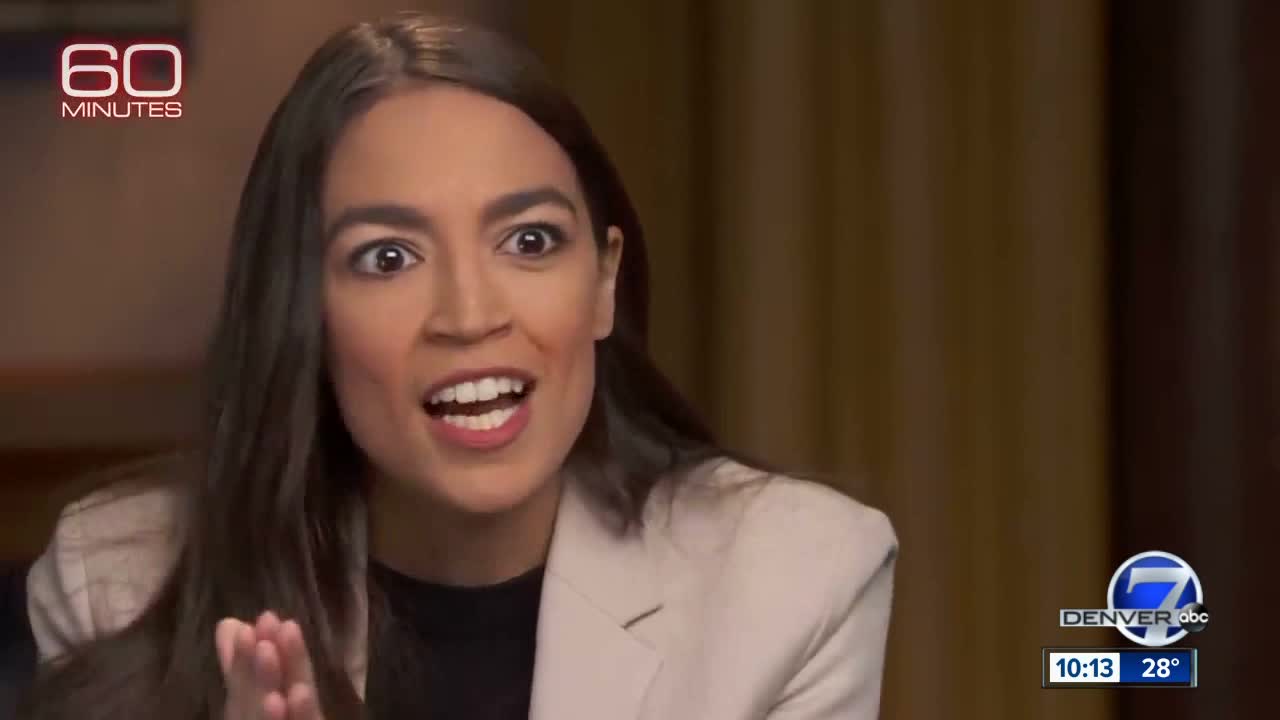 DENVER -- As Hollywood's biggest stars hit the red carpet with their dazzling diamonds and designer gowns, a New York Congresswoman is after their pot of gold.

"People are going to have to start paying their fair share," Rep. Alexandria Ocasio-Cortez, D-New York, recently told Anderson Cooper in an interview with 60 Minutes.

Ocasio-Cortez is floating a tax hike on the richest Americans to pay for the "Green New Deal” — an ambitious idea to eliminate carbon emissions in a little over a decade. The hike would come through an increase on the marginal tax rate.

"Once you get to, like, the tippy tops— on your 10 millionth dollar— sometimes you see tax rates as high as 60 or 70 percent. That doesn't mean all $10 million are taxed at an extremely high rate, but it means that as you climb up this ladder you should be contributing more," she told Cooper.

Ocasio-Cortez's plan would increase the marginal tax rate to 70 percent for people making more than $10 million a year – meaning those people would pay 70 cents on each dollar they make above $10 million each year.

For perspective, the top tax rate right now is 37 percent.

"You know, if that's what radical means, call me a radical," she said during the same interview with 60 Minutes.

Whether you agree with the "Green New Deal" or not, the idea of hiking taxes on the richest Americans is having its moment and rekindling one of the oldest political debates: Do people have a right to the money they earn?

The audience burst into laughter when Michael Dell, the founder and CEO of Dell Technologies, was asked if he supported the proposal recently at the World Economic Forum in Davos, Switzerland.

He told the crowd he is not supportive of the idea because he already gives more than 70 percent of his annual income to his foundation.

"I feel much more comfortable with our ability as a private foundation to allocate those funds than I do giving them to the government," he said during a panel hosted by the Washington Post.

He also said he thinks it would hurt, not help, the economy. "Name a country where that's worked, ever," Dell added.

There is a country where it's worked: right here in the United States.

"We had a 70 percent tax rates in my lifetime in the 1960s and 70s. It was lowered to 50 percent by Reagan," said Jack Strauss, who is the chair of applied economics at the University of Denver.

Another problem he said he has with Dell's argument is that there is no evidence to support the idea that higher tax rates hurt economic growth.

"[It’s] a myth to assume, first, that taxing the rich will hurt growth," said Strauss. "In the 1950s and 60s we had much higher taxes and our growth rates were higher."

"I'm not for the ’Green Deal’ at all," said Susan Davis. "You can do what you can, but you can't annihilate all gas-energy cars, gas stations, and trains and buses."

But when it comes to taxing the ultra-rich, Davis says that shouldn’t be out of the realm of possibilities.

"I think they could pay more," said Davis. "I'll never be a millionaire and I get taxed pretty high anyway."

"I’m not in that category so I'd probably be for it," said Chris Minakin.

Minakin shares a similar view; she's tired of the rich getting richer.

"I think they know the loopholes a little better than the rest of us," she said.

As for the rest of the public, they're game too — and by a large margin.

Jon Caldara, the outspoken libertarian who runs a conservative think tank in Denver, has a very different view.

"It is a rehash of socialism with a wonderful new tag line, which is, we're going to do it for the planet," he said.

Caldera believes the Green New Deal is not about the planet, but rather the latest attempt to redistribute wealth. He says the wealthy put their money to work, which he said is more productive than it going to the government.

"That is, they invest it, they put it into businesses. Maybe they even put it into yachts, but those yachts still need to be built by somebody," said Caldera.

Economist says rich should be taxed more, but thinks Ocasio-Cortez's plans gets it wrong

Which brings us back to Strauss at DU.

He said we must do something to put a dent in the U.S. government's debt, which recently hit $22 trillion.

"Social Security, Medicaid are going to run out. We have to do something to fix that," said Strauss.

He thinks a higher tax on the rich is needed but said Ocasio-Cortez's plan gets it wrong for two reasons.

One, he said 70 percent goes too far, too fast.

And second, he said not enough people make more than $10 million a year.

"You cannot raise that much money, " he said. "You need to raise it on incomes less than $10 million."

Where do Hollywood's biggest stars stand?

Back on the red carpet.

For now, Hollywood's wealthiest stars are staying quiet on the "Green New Deal."

But if what has already happened in France is any indication, we could see the golden age of Hollywood tax avoidance.

With a tweet, Russia's president granted Gerard Depardieu, a famous French actor, citizenship so he could avoid a 75 percent income tax.

Editor's Note: The television version of this story airs on Denver7 Sunday, Feb. 24 after the Oscars.