'We will be with her again': Family opens up about 5-year-old killed by snowboarder

Snowboarder and little girl both died in accident 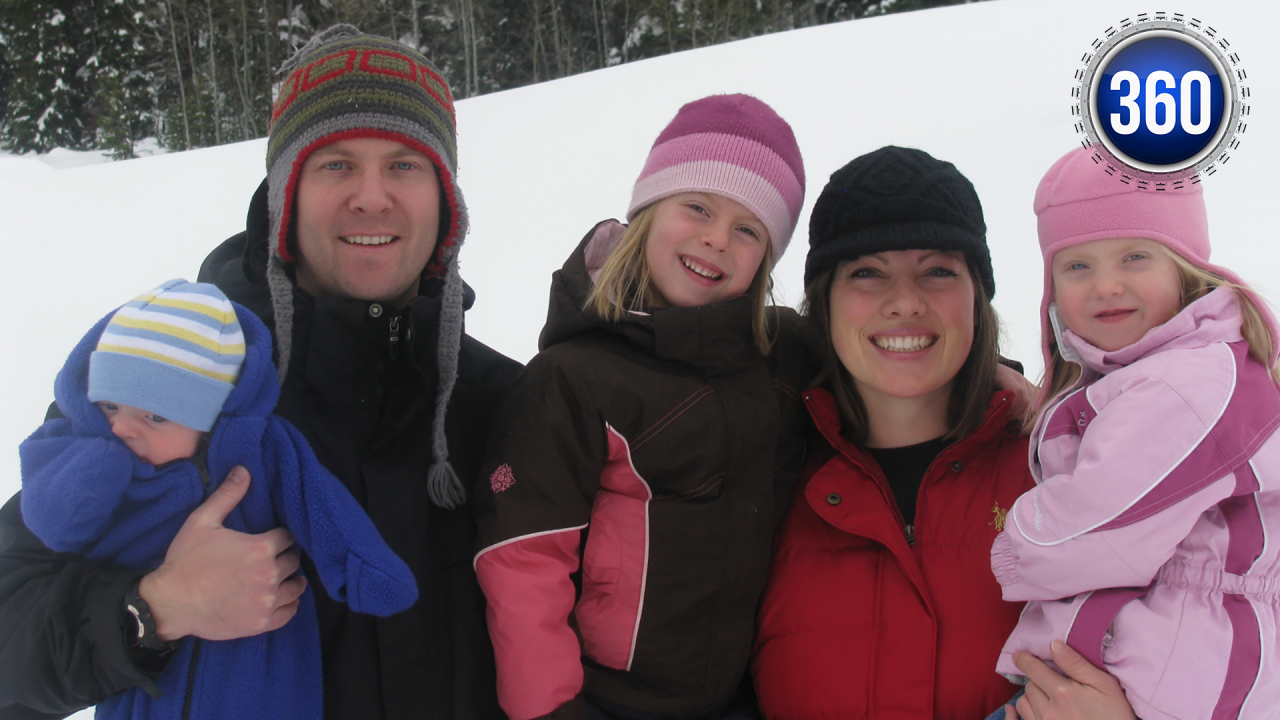 Copyright 2020 Scripps Media, Inc. All rights reserved. This material may not be published, broadcast, rewritten, or redistributed.
Courtesy Johnson family
In 2010, the Johnson family had gone up to a local ski mountain outside Casper, Wyoming. Kelli and their 5-year-old daughter, Elise, had just hopped on the lift together. A 23-year-old snowboarder hit Kelli and Elise at over 50 mph. Both Elise and the snowboarder lost their lives that day. 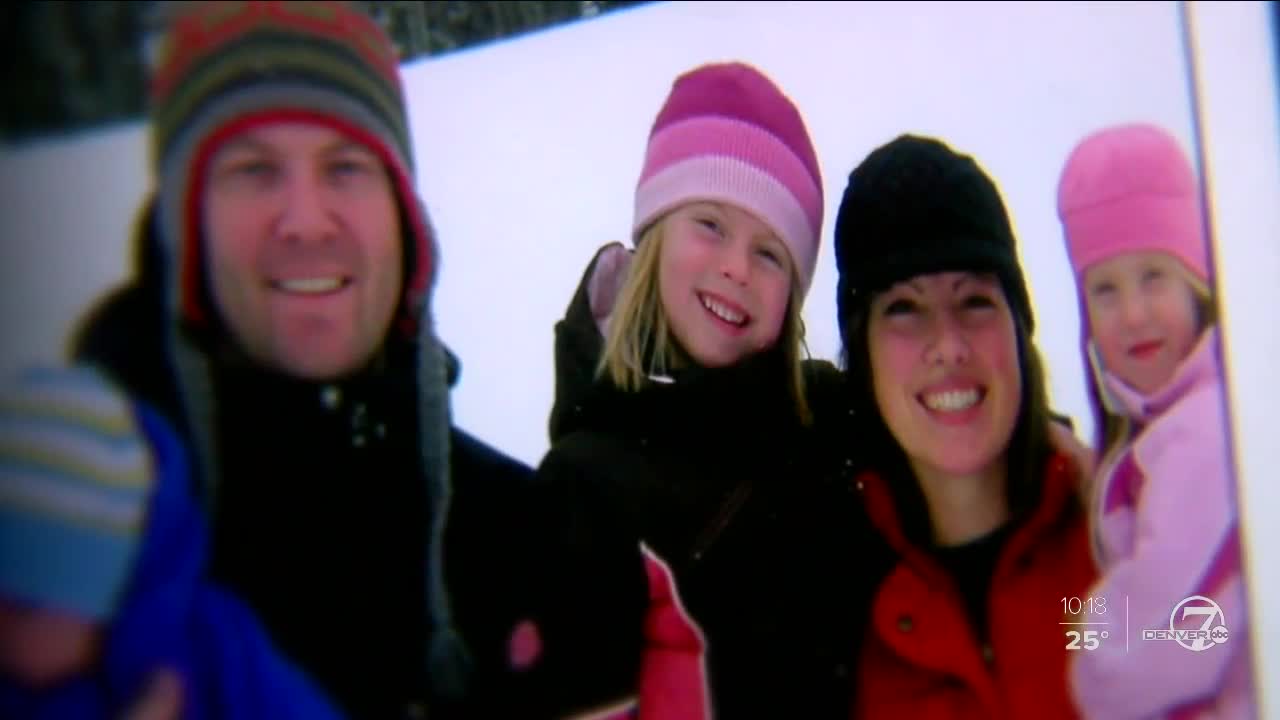 DENVER -- Multiple skier deaths over the President's Day holiday weekend are again highlighting the importance of skier safety. The deaths happened in Purgatory, Vail and Snowmass. In Purgatory - a skier hit a tree. In Vail, a skier suffocated when his coat got caught in the chairlift. And in Snowmass, an 83-year-old died after skiing off the deck of the halfpipe.

When skiers and snowboarders — both beginners and experts — get together, it can sometimes be dangerous. Adding alcohol or marijuana to the mix can be even more risky.

So, Denver7 is taking a 360 look at sharing the slopes respectfully — because the consequences of not doing so can lead to tragedy.

"It will never be a wound that completely heals,” said Kelli Johnson.

For the Johnson family, life will forever be divided into two separate sections.

On Christmas Eve 2010, the Johnson family had gone up to a local ski mountain outside Casper, Wyoming.

Kelli and their 5-year-old daughter, Elise, had just hopped on the lift together.

"I was skiing in front of her and having her follow me so we could do turns,” Kelli said. “So we could stay in control."

“They were on their second run together,” said Kelli’s husband, Chauncy Johnson.

"He must not have been able to see the girls in time before colliding with them,” Chauncy said.

A 23-year-old snowboarder hit Kelli and Elise. He was traveling over 50 miles per hour.

"Elise learned everything faster,” Chauncy said. “It was as if she knew that time was short."

Both Elise and the snowboarder lost their lives that day. Kelli was in a coma for several weeks.

“I spent about three months at Craig Hospital with a traumatic brain injury," Kelli said.

"When you lose a child,” Chauncy said, “I don't know that there's a much more difficult thing to deal with as a parent."

Officials say the snowboarder was going too fast.

"I believe in my heart that there's no reason, no way, that the snowboarder ever would have wanted to do that intentionally," Chauncy Johnson said. “We don't intend to do these things. However, we have to be more aware of our surroundings."

That is why the Johnsons have now launched a national campaign called Ride Another Day, with an education-based organization called snowangelfoundation.org.

"Our wish is that everybody that goes skiing is able to come off the mountain every day and go back and ride another day," Chauncy said.

Although the snowboarder did have THC in his blood, it’s unclear if he was smoking marijuana the day of the accident.

So, how fast is too fast and can you drink on the slopes or smoke marijuana and still be safe?

Another mom says too fast is simply not being in control.

"Two of the boys got concussions. My son was one of them," Duclos said.

Duclos says the man who hit the boys skied away. Since then, Duclos has made skier safety legislation one of her top priorities.

"I’m really not sure why Colorado doesn’t have a law prohibiting this kind of thing,” Duclos said. “When these collisions happen, they really — to me — are no different than a hit-and-run car accident."

The resorts are certainly taking the issue more seriously.

“Yes. Absolutely," said T.J. Bass, bar foreman at the Lodge at Sunset at the top of the gondola at Winter Park.

In Winter Park, for example, all of the bartenders and servers go through specific training, administered by Grand County, to ensure staff members know what to look for if someone's had too much.

“You’re here, for one, to enjoy the guest experience, but two, for the safety of everybody," Bass said. “You should drink responsibly.”

Bass believes you can mix drinking with skiing if you do it responsibly.

"You can catch a cocktail and then go about your day," Bass said. “I have definitely cut people off after they’ve had too many.”

Up the road in Steamboat Springs, the resort shares the same philosophy.

"We, as a company, obviously train our staff to be responsible," said Loryn Duke, spokeswoman for Steamboat Resorts. “Here in Colorado, smoking and drinking is a part of the culture.”

But, Duke says that comes with even more responsibility.

“We encourage people to have fun, enjoy, have a good drink, but make sure you're doing it responsibly," Duke said. “Most skiers appreciate the power and speed of the slopes. You have to understand the mountain before you go out."

At Keystone, video posted online a few weeks ago, shows snowboarders being stopped by ski patrol while speeding down a green run.

"You! Snowboarder! Stop!" a mountain patrol officer is heard saying in the video.

“Across the top of (that run), you cannot miss it - it says 'Family skiing zone,'" said Julie Rust, director of mountain operations at Keystone.

Rust says the boarders were cited on Schoolmarm, Keystone’s iconic 3.5-mile family run. It's a run Rust says requires more responsibility than most because it is full of beginners and kids.

“When you’re in our slow skiing zones and family zones, it’s all about the little guys and little gals," Rust said. "And they get to set the pace.”

Skier: it's similar to drinking and driving

"Just like driving, the same rules apply, in my opinion,” Almeida said. “You have to be careful about that."

Doctor: one beer is one too many

More often than not, in the Rocky Mountain region, skiers and boarders who suffer severe brain and spinal injuries end up at Craig Hospital in Englewood.

"You know, the best treatment for any brain or spinal cord injury is still: don't have one," said Dr. Tom Balazy, the medical director at Craig Hospital.

Balazy believes in prevention and intervention as much as rehab.

"It's Craig's role to be as much involved with that as the post-injury care," Balazy said.

He raised two children on the slopes.

“I always said, ‘Ski today so that you can ski tomorrow,’" Balazy said.

Balazy has written a book on skier safety, is developing a high-impact helmet and believes one beer on the slopes is one too many.

"You never want to dull your senses," he said. “Ever. You can ruin a season, or worse."

Family that lost child: enjoy, but be careful & respectful

For the Johnsons, their young family has grown since that fateful day.

"We had number four and number five," Kelli said proudly — two more children who are blessings to be sure.

"We want people to love the sport, to enjoy it," Chauncy said. "We can't do that if we're injuring each other on the slopes."

"We miss her every day,” Kelli said. “We will be with her again, when we pass away. And we will be a family — forever."