Copyright 2020 by Getty Images
Getty Images/Denver7
Colorado is not one of the states with a nicotine-free hiring policy, but U-Haul&#39;s decision has reignited the debate around what employers can discriminate against, and if it&#39;s fair to refuse to hire a person based on what they do legally, on their own time. 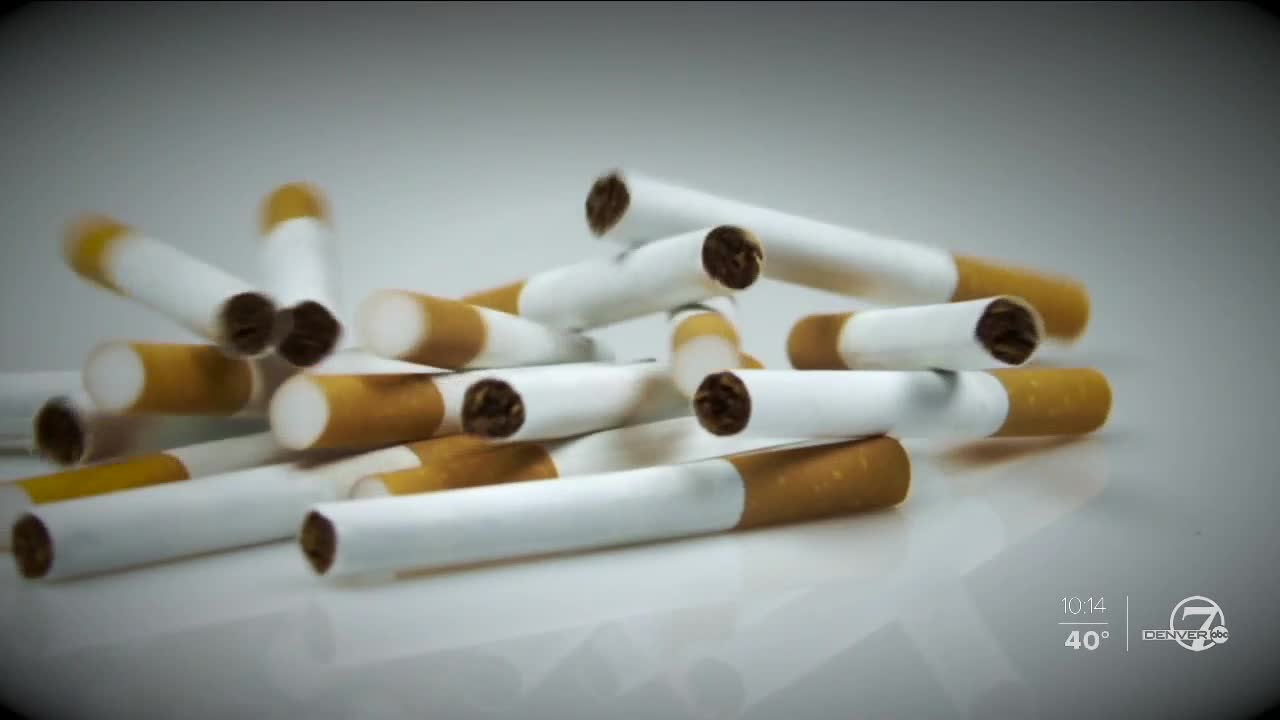 Editor's Note: Denver7 360 stories explore multiple sides of the topics that matter most to Coloradans, bringing in different perspectives so you can make up your own mind about the issues. To comment on this or other 360 stories, email us at 360@TheDenverChannel.com. This story will air at 10 p.m. on Friday. See more 360 stories here.

DENVER -- U-Haul made a New Year's Resolution to stop hiring smokers. The moving and storage company's nicotine free-hiring policy went into effect this month in 21 states.

Colorado is not one of those states, but U-Haul's decision has reignited the debate around what employers can discriminate against, and if it's fair to refuse to hire a person based on what they do legally, on their own time.

The company has said the decision not to hire nicotine-users is an effort to empower a "healthy workforce" and will only apply to new employees.

But nicotine-free hiring policies are new.

Alaska Airlines touts one of the oldest. The airline has refused to hire smokers since the 1980s, arguing since the policy went into effect that flying and smoke breaks don't jive.

These policies are even more common among high-profile hospitals, like the Cleveland Clinic, which are highly protective of their healthy image.

Centura Health, one of Colorado's largest health systems, made waves when it started testing for nicotine and refused to hire those who tested positive back in 2014.

"We had the policy in place for almost eight years," said Centura Health's head of human resources, Amy King. "It was health purposes. Also, at the time we thought it would have impact on our claims costs."

As of this year, King said Centura Health decided to change its policy.

Instead of turning away job candidates who test positive for nicotine, King said those candidates can now be hired and would be given optional resources to quit if they are brought aboard.

"Our hope is that if you do join our team, we stand ready to help you quit," she said. "There were times where if they were final candidates, and they tested positive … they really wanted to join our organization and we had to tell them no."

Contrary to popular belief, King also said the health group did a review and found that not hiring nicotine users didn't lower health care costs for its employer-provided health insurance — which is often the No. 1 driver for companies considering these policies.

"We took a look, for eight years, that the claims costs from an employer-sponsored health plan actually weren't impacted," said King.

Centura Health staff still can't smoke or vape on the job. They also can't show up to work smelling like smoke.

That is "so that the community that we serve aren't impacted by somebody's choice to smoke," King said.

"It's a major, major consideration for employers," said Kevin O'Brien, a workplace expert and business law associate professor at the University of Denver.

O'Brien said Colorado has one of the most powerful laws in the nation when it comes to workplace protections. A law which has been on the books since the 1990s, thanks to push from the big tobacco lobby.

"To get favorable legislation to protect smokers," he explained.

Colorado's lifestyle protection law states that employers can't fire an employee for what they do "legally" outside work, but it doesn't say anything about hiring.

"You can be discriminated [against] for legal activities outside work before you're hired," said O'Brien.

It's a loophole in the law that has paved the way for nicotine-free hiring policies.

O'Brien argues these policies could have a domino effect, and wonders what's to stop employers from discriminating against candidates who are obese or addicted to caffeine.

"It is a slippery slope, and alcohol is a great example," he said.

Alcohol is another legal, addictive substance that is much harder to test for than nicotine or other drugs.

And a bill up for consideration this legislative session in Colorado would block employers from punishing employees for their off-duty marijuana use and will have its first committee hearing next week.

Steven Morgan makes signs for a living at Signarama in Aurora.

As a former smoker, he knows the power of nicotine.

"Quitting smoking is probably, in my mind, the hardest thing I ever did," said Morgan.

He's been smoke-free to two years now, but as a manager with plenty of employees who use nicotine, he thinks smokers or vapers should be able to do whatever they want on their own time or at work during breaks — if it's legal.

"I'd love for my guys to quit smoking and feel better, but I'm not going to tell them they can't smoke because that's their choice."

"About 23% of our business is drug screening for pre-employment," said Samantha Sleeper, who runs operations at a Concentra Lab in Denver.

She said, so far, few companies are asking for nicotine testing to be added to their drug screening.

As for her personal take on the practice, Sleeper said she supports the idea of companies offering candidates help quitting. But she isn't sold on blanket no-smoking policies.

"I would be concerned if they were testing me for nicotine — like, why?" she said.

The why comes down the rising cost of employer-provided health insurance, and O'Brien thinks we could see more companies consider similar policies as a result.