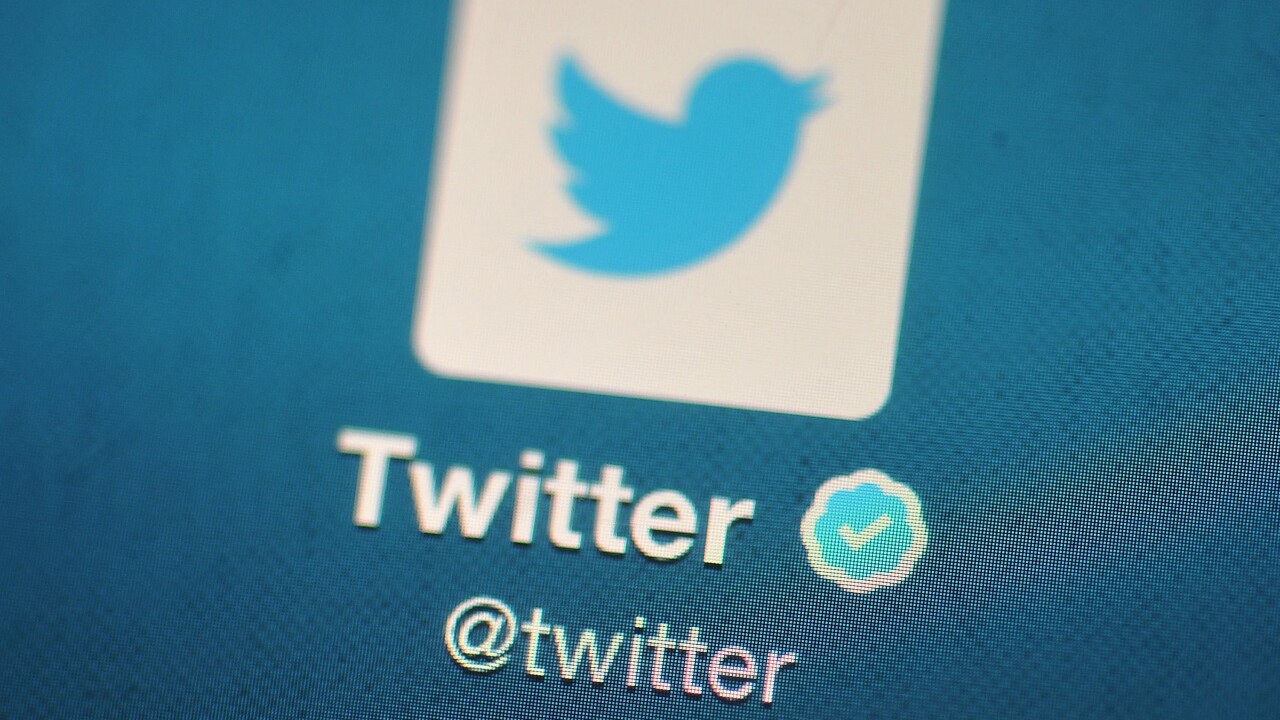 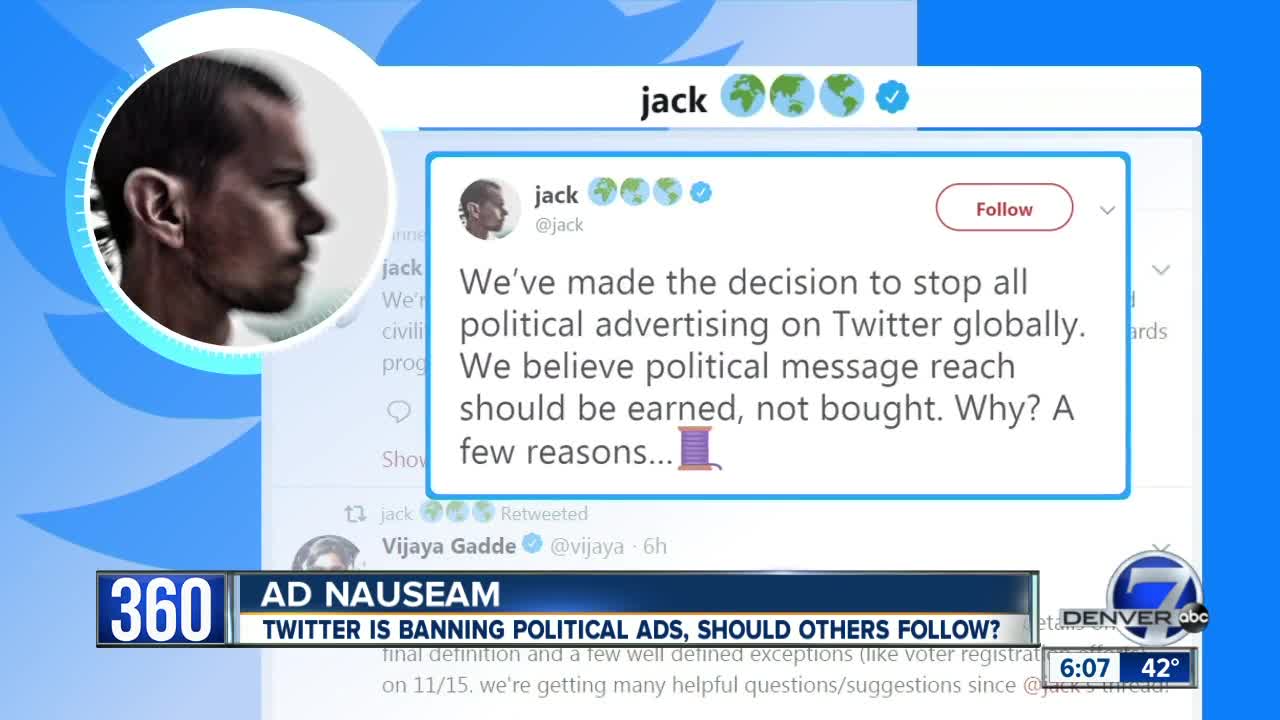 DENVER -- In a world where political ads on social media generate millions of dollars and influence millions of potential voters, figuring out what's real and what's not can be tricky.

As the 2020 campaign ramps up, the argument over who is responsible for separating fact versus fiction is front and center.

With Twitter's bold move to ban all political ads and Facebook doubling down on keeping them, Denver7 is going 360 for multiple perspectives on the debate.

Twitter CEO says it's a matter of principle, not profit

CEO Jack Dorsey posted, "We've made the decision to stop all political advertising on Twitter globally. We believe political message reach should be earned, not brought."

A power play, seen by many, as a slap in the face to Mark Zuckerberg, who recently decided Facebook will run political ads even ones with lies, without fact-checking.

For Twitter, pulling political ads was a relatively easy way to stir up headlines and gain praise. A similar move for Facebook wouldn't be so simple.

Just last week, Zuckerberg clashed with Democrats who were outraged over Facebook's decision to allow politicians to lie on ads and not fact check.

Zuckerberg doesn't think censoring politicians is right and could lead to a slippery slope.

"In a democracy, I believe that people should be able to see for themselves what politicians that they may or may not vote for," Zuckerberg told Congress.

"I don't know the answer to that off the top of my head," said Zuckerberg.

The chair of the Federal Elections Commission, Ellen L. Weintraub, shared her take in a Washington Post opinion piece.

"Sell political ads, but stop the practice of microtargeting," she wrote.

"Microtargeting" is a way of targeting precise sets of people on social media like say women ages 20 to 55 who are young Republicans or Democrats.

"But just because microtargeted ads can be a good way to sell deodorant does not make them a safe way to sell candidates," wrote Weintraub. "It is easy to single out susceptible groups and direct political misinformation to them with little accountability because the public at large never sees the ad."

"A response to concerns around how ads could be boosted and targeted to spread disinformation, but it doesn't address what happens when President Trump tweets something that's false or when a Russian actor uses a normal Twitter account to spread a false statement," explained Zakrzewski.

Twitter's CEO said he plans to offer more details on the platform's ban on Nov. 15, and the policy starts on Nov. 22.