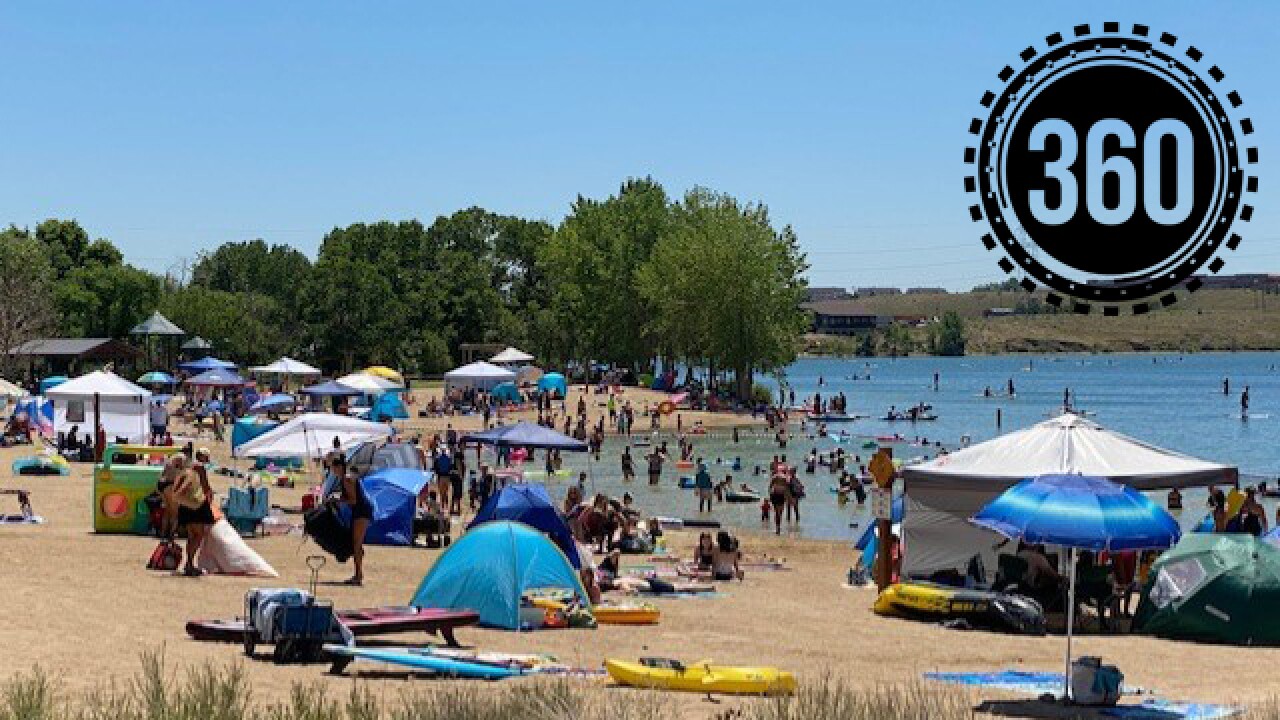 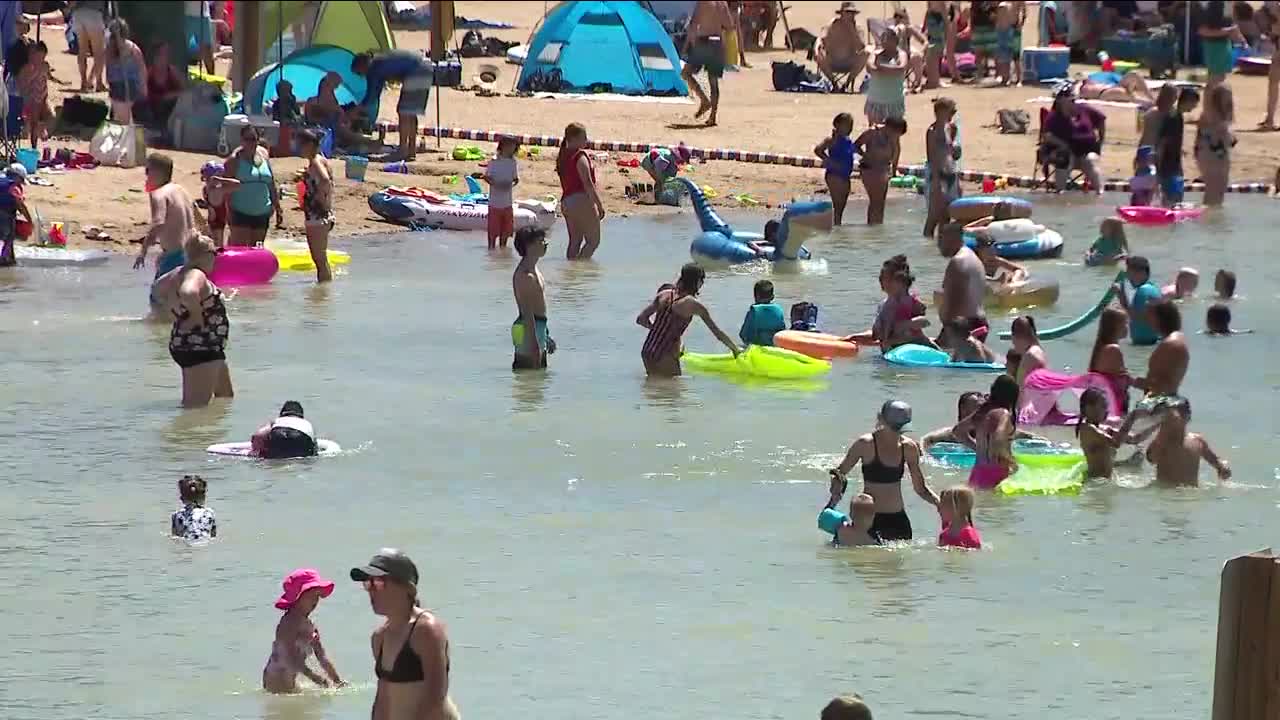 WESTMINSTER, Colo. -- Avoiding a nightmare spike in COVID-19 cases is exactly what cities like Golden, Lakewood and Westminster are trying to prevent by cutting off or delaying access to creeks and swim beaches.

Their decision is understandable. It's also frustrating for people who planned on hitting the water to beat the heat and get away from crowds.

For the Delia Escobar and her family, tubing down Clear Creek in Golden is a favorite pastime in the summer months.

But, Clear Creek through Golden is now shut down due to overcrowding and coronavirus health concerns, and so are several metro-area reservoirs including Bear Creek Reservoir, Cherry Creek Reservoir, Big Soda Lake and Standley Lake.

Kielly Gomez and her family managed to get some time in at Big Soda just before the closure.

"We've been cooped up, isolated and now that we get a chance to come out - they're just soaking up every minute,” Gomez said. “They’re enjoying themselves, having fun. And as long as we stay here in our own space, social distancing - it feels safe."

But, shortly after that interview last week - the City of Lakewood shut it down, and likewise last Friday, the City of Westminster announced it would be delaying the opening of Standley Lake.

“We were scheduled to start opening to private paddle craft on Friday, July 10,” said Jason Genck, director of parks and recreation for the City of Westminster. “Unfortunately, we are now on a strategic pause. We are sorry about that, but it’s been a challenging summer for everyone.”

“It’s not the activity of kayaking itself that’s the problem. Because social distancing is easy to accomplish when on the lake,” Genck said. “The problem is the bottle-necking at the docks.”

The decision comes as a disappointment to kayakers like Fran Gruchy.

“I've come here for years actually, and it's quite nice because of the spectrum of use that's provided by this area," Gruchy said. “It’s very open and they are able to separate the motorized boats from the kayakers. It feels very safe.”

While Gruchy is disappointed, she says she understands the delayed opening.

"It’s just the unknown aspects of the coronavirus. It definitely is better to just keep things relatively closed and yet allow for hiking, biking and I saw a number of dog walkers," Gruchy said. “Better to be safe than not."

But, if the closures continue - there could be an economic toll, as well.

“It's interesting because I'm both a person who lives here in Golden and a business owner who needs to use the creek,” said Nik White, owner of Whitewater Workshop which offers kayak training.

White says with a streak of 90-degree days, the crowds were getting absolutely crazy.

“It's kind of scary seeing the crowds that were here, especially before 4th of July," White said. “There were hundreds and hundreds of people on the river, walking the trail, carrying tubes."

Too many people according to the City of Golden. The city cited overcrowding and safety issues as a reason for restricting access to the creek.

"It's been tough,” White said. “But, I recognize it's necessary - the current closures that they have. I just wonder if they could have issued permits along the river to businesses."

But – that’s not fair according to Escobar. And she sees the city’s closure as going too far.

“We've been stuck at home all this time,” she said. “We have to get out somewhere, you know. It’s too nice to stay indoors. Families are trying to come here."

For now, many lakes, reservoirs and creeks remain closed, and reopening will greatly depend on decreasing cases of coronavirus.

“The real problem here in Golden is the overcrowding on the beaches and shores. It’s a big challenge here in terms of how you manage the crowds,” White said.

“The challenge with the access is that it makes that much more difficult to manage safely,” Gruchy said. “Things are so much more complicated now.”

Genck says the goal is to reopen as soon as possible. He says at this point it’s more likely they will open by the end of summer than remain closed.

“If there were more places open – then this place and others wouldn’t be so overwhelmed,” Gomez said. “And it would be safer for families to come out and enjoy themselves.”