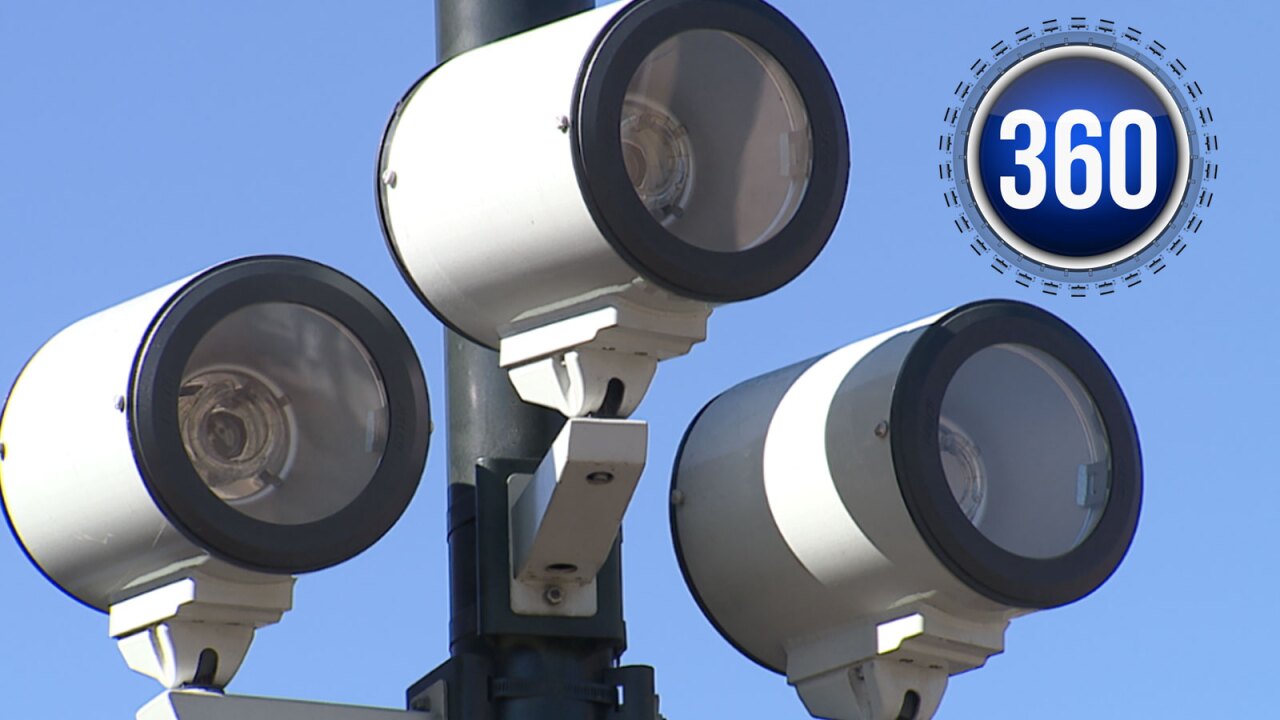 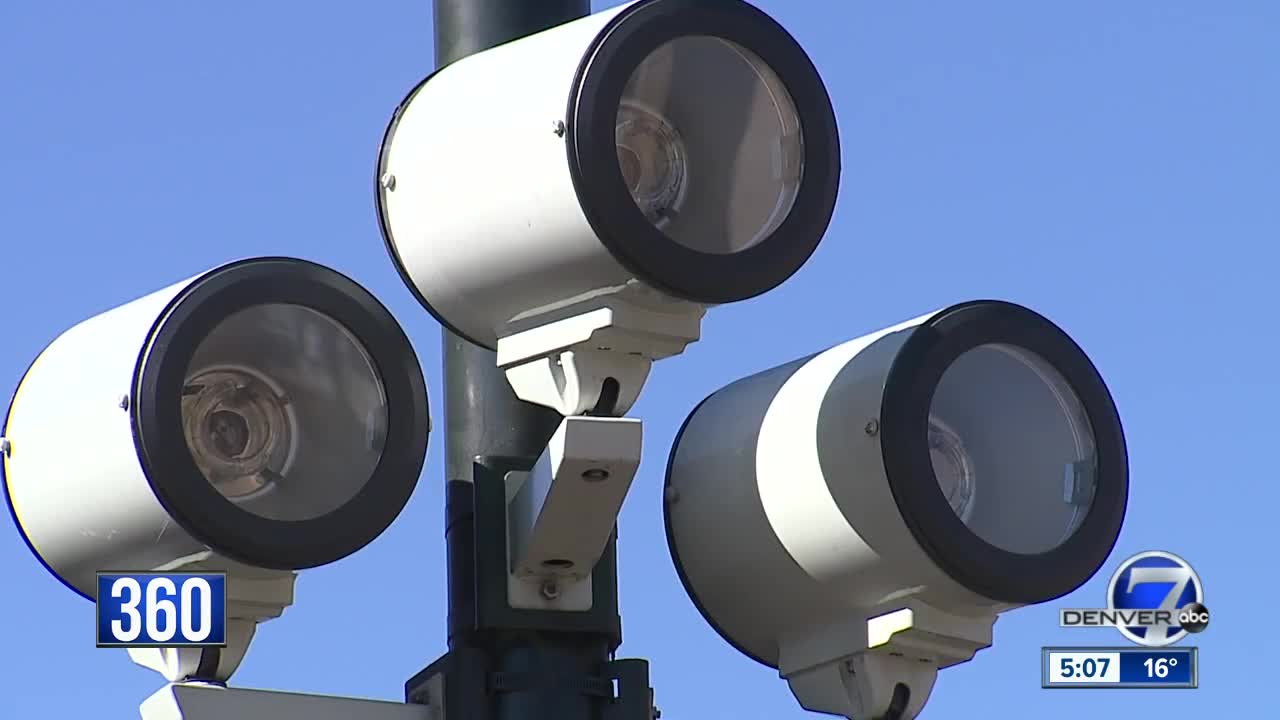 DENVER — For the fourth time in recent years, Colorado lawmakers are considering a bill that would get rid of red-light cameras in the state.

The bill, co-sponsored by representatives Stephen Humphrey and Jovan Melton, would repeal the right for local jurisdictions to use all automated vehicle identification systems, including photo radar vans and red-light cameras.

A previous attempt made it all the way to former Governor John Hickenlooper’s desk, but was vetoed. Others have been postponed indefinitely in legislative committees.

However, with Governor Jared Polis now in office, Melton thinks 2019 could be the year red light cameras are banned for good.

Melton believes the cameras don’t make the intersections substantially safe. Instead, he says he changes the types of accidents that occur at these intersections.

“We’re seeing an increase in rear-end accidents because somebody might see that the light is turning yellow and not want to risk getting a ticket, so they stop early and the person behind them wasn’t expecting them to stop,” Melton said. “We’re not seeing that it’s actually increasing safety.”

In Aurora, one of the areas Melton represents, voters overwhelming decided to get rid of the cameras during the November election. There were 10 cameras spread throughout the city that wrote tens of thousands of tickets since being installed more than a decade ago, generating millions of dollars of revenue for the city each year. The money was used to support victim’s services, mental health and child abuse programs among other things.

“The cities that are increasing them are using them as revenue drivers. They’re making a lot of money, millions of dollars a year off of either red light traffic cameras or off of speed vans, without actually showing that it’s improving public safety one iota,” Melton said.

Beyond safety, he believes it’s also a matter of protecting the privacy and due process rights of drivers.

“Nobody likes being monitored by 'RoboCop.' That’s what these are,” Melton said.

He believes that with Governor Polis in power, the bill has a better chance at becoming law, pointing to the fact that it has had bipartisan support in the past.

“For years we’ve seen both of the chambers, whether it has been a democratically controlled chamber or a Republican-controlled chamber, pass this bill. There is an appetite for getting this done in the legislature,” Melton said.

Paul Houston from the National Motorist Association agrees with the need to get rid of both the red-light cameras and the photo radar vans.

Houston is so opposed to the cameras he occasionally stands on the sidewalk nearby holding up signs and warning drivers who are about to pass by.

“The support for it cuts across party, age, gender, economic status, everything. People all over the spectrum think this is bad I want to get rid of it,” Houston said.

For Houston, the cameras are another example of government surveillance getting out of hand.

“Our rights are being violated by this thing,” he said. “This is ridiculous. We get our picture taken everywhere we go, and I just feel like this is something I could take a stand on.”

Beyond holding signs on the sidewalk, Houston has also worked to educate drivers about their rights when a citation is sent to them in the mail for one of these red-light camera violations.

He believes that if cities truly wanted to improve safety on the roads, they would look at options beyond ticketing drivers to figure out the real cause of crashes.

More than anything, Houston believes the red-light cameras and photo radar vans are a money grab by cities.

The city has a multi-million dollar contract with Conduent State & Local Solutions, which is a business outsourcing company for Xerox. Conduent is not paid per ticket but rather per intersection, according to the Denver Post.

Denver Police Department, on the other hand, says there is data to prove that these red-light cameras reduce accidents, particularly side impact wrecks.

Since the inception of the program, DPD says it’s seen a decrease in the number of overall crashes at the intersections by 60 percent. Beyond that, side-impact crashes, which cause a higher number of injuries, have dropped by 80 percent at those intersections, according to DPD data.

The fines for violators in Denver varies depending on the crime. For red-light runners, the fee is $75. If a car’s front tires are over the stop bar when the light turns red, it will cost the driver $40. For people caught speeding by a red-light van, the citation will cost $40, but it's doubled in safety zones like the areas around schools.

Porras believes the red-light cameras also fall in line with Denver Mayor Michael Hancock’s Vision Zero initiative, which aims to end traffic deaths and serious injuries in the city by 2030.

But for the number of drivers weaving their way through Denver streets each day, Porras says there’s actually a lack of equipment, which he believes is proof the program is not about fines but safety.

“Right now, we only have five photo speed vans that we use and two shifts, and with the size of Denver, that really spreads our units pretty thin. At this point all we try to do is keep those (citation) numbers on an even keel and not have them go up,” he said.

Porras also disagrees with the assertion that the red-light cameras cause more rear-end accidents.

“Rear-end accidents at intersections don’t happen because of red-light cameras. It happens because people are driving too closely and driving too fast," Porras said.

He admits that intersections do see a small spike in these types of wrecks right after a red-light camera is installed, but says the number goes down again after a short time.

Denver has seen massive growth in recent years with thousands of more cars on the road. However, the number of citations has not gone up with the increased number of drivers. Neither has the accident ratio at these intersections. Porras says that is an indicator that the red-light cameras are changing the habits of drivers.

The majority of red-light runners at Denver intersections these days are first-time violators, another indicator to Porras that those who are cited are learning their lesson not to become repeat offenders.

“It may not be the solution to the speeding problem or the red-light running problem that we have, but it definitely is one of those things that we can use to try and keep those numbers down,” he said.

As for the allegations of the program being a money grab, Porras says all of the money the city makes goes into the general fund and not to the Denver Police Department.

Beyond that, the program frees up officers to focus on other tasks rather than spend their day writing tickets to red-light violators.

“We can use those resources, actual officer resources, to address bigger issues in the city,” Porras said.

Every time that a car runs a red light, James Waddell says it could end a pedestrian’s life. The executive director of Bike Denver sees the issue as a matter of life and death for some of the most vulnerable people on city streets, who don’t have the protection of a car with airbags surrounding them.

“At Bike Denver, we believe that red light cameras are a good thing and that they prevent people from getting killed,” Waddell said. “If a vehicle hits you on a bike or as a pedestrian, you are not going to win that interaction, unfortunately.”

For Waddell, there’s little difference between a camera and a police officer writing the ticket because people who run red lights are breaking the law and putting the public in danger.

“We understand that people feel like their civil liberties are being eroded by having cameras around, red light cameras, but I think the bottom line is if you break the law you break the law,” he said.

More than anything, he wants drivers to think twice about what they are doing and how fast they are going, particularly in city centers where a lot of pedestrians are present.

He believes it’s up to drivers to change their habits to keep people safe and red-light cameras encourage that.

While some cities like Aurora and Littleton have chosen to do away with their red-light cameras, Denver is currently considering a proposal to expand its red-light program to three more intersections.

However, before the measure could be approved, Councilman Kevin Flynn questioned whether the traffic lights were providing enough time for drivers to come to a safe stop.

“This is about safety. It’s not about fining people,” Flynn said.

So one week, Flynn and his wife stood at the three intersections where the city is considering adding these cameras with stopwatches and times how long the yellow lights lasted.

Flynn found that the yellows lights lasted between three and four seconds at the intersections, even the ones with steep downhill grades.

According to the Manual on Uniform Traffic Control Devices, the minimum amount of time for yellow lights to last is three seconds. Some intersections where speeds are higher can have yellow light times of more than six seconds.

The MUTCD provides a formula for cities to help them figure out how long each yellow light should last. The formula takes things like road grade and speed into consideration.

He believes many of Denver’s intersections don’t follow the formula, which could be contributing to the number of red-light violators. So instead of spending money on more cameras, the city has decided to conduct a nine-month study of the intersections to see whether longer yellow lights make a difference.

Flynn says in Loma Linda, California, the city was giving out an average of 250 tickets per month at one intersection, but by adding one additional second of time to the yellow light, the number of red-light violations dropped down to six per month.

“In those cities that had cameras, a significant number of them have removed their cameras after doing this because they found that giving people the appropriate amount of time to stop effectively eliminates all but the most intentional red light running,” he said.

He’s hoping Denver will have similar luck. However, the councilman doesn’t believe banning the cameras altogether is the answer, particularly when it comes to the photo radar vans. He believes these speed cameras do help in places like school and construction zones.

In the end, Flynn says it’s important for the city to do its due diligence to look at all possible solutions before spending money buying more red-light cameras.

“If a city identifies an intersection with a lot of red light running and they do nothing but put up a camera and nothing else, to me that’s negligence, and I don’t want Denver to be negligent and unsafe,” he said.

House Bill 19-1099 to eliminate red light cameras and other automated vehicle identification systems for traffic law enforcement will be heard by the House Transportation & Local Government committee on Wednesday.