Opening Day for MLB & Colorado Rockies is this week 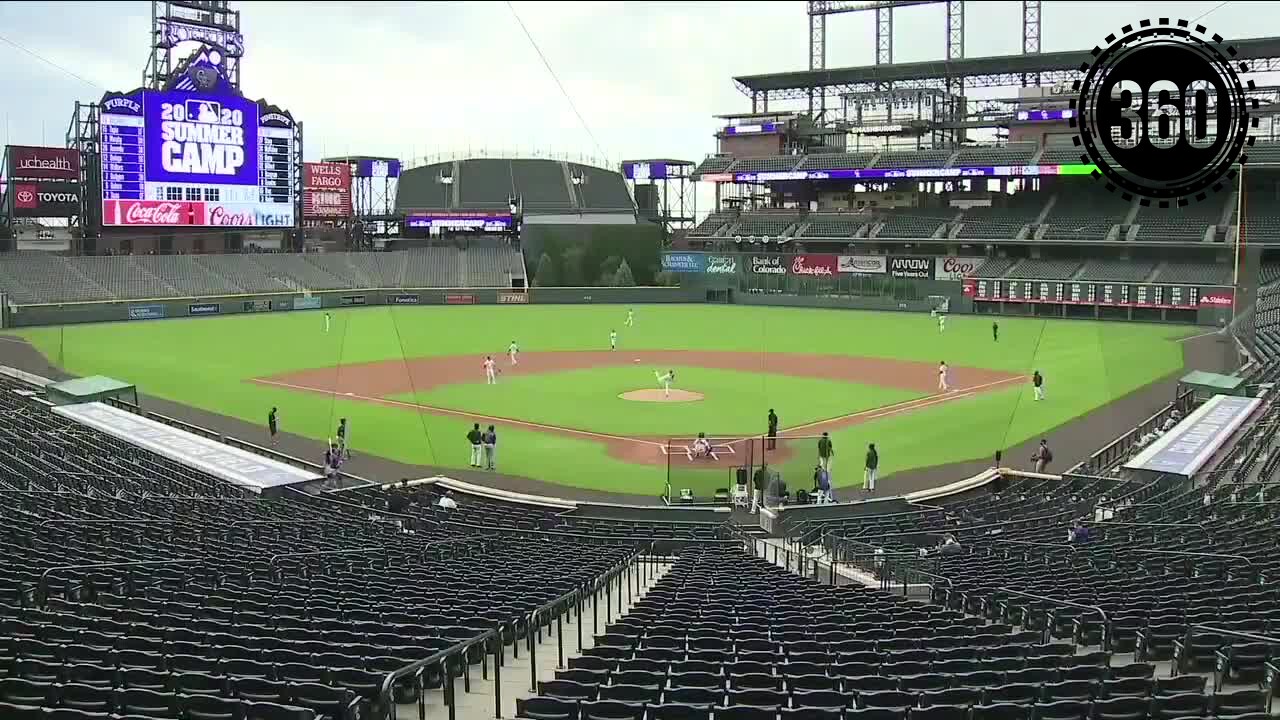 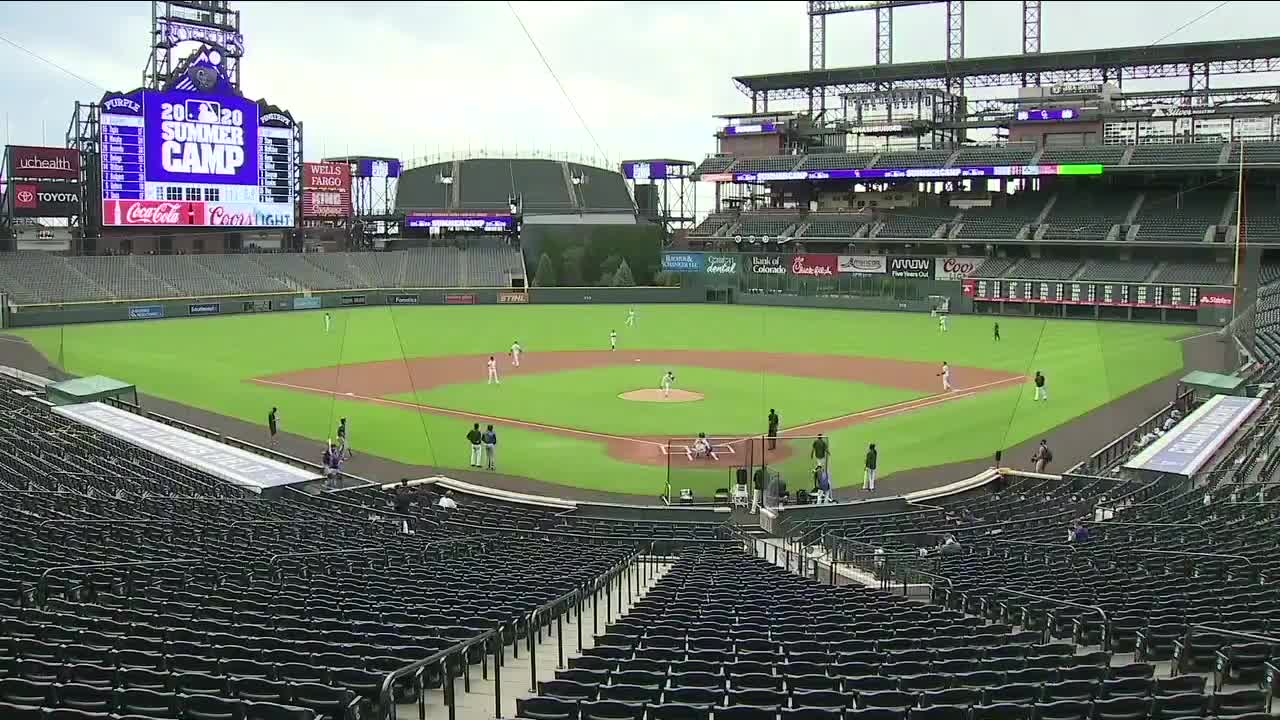 DENVER -- Baseball is back this week and other major league sports aren’t far behind.

It’s been a long time coming for fanatics who have waited patiently for months to see their teams back in action.

A new ESPN study shows an overwhelming majority of sports fans support the return of professional and collegiate sports, even without fans in the stands.

The survey shows a double-digit increase from a similar poll taken back in April.

And while the roar of the crowd might be the biggest void as Major League Baseball teams return to the diamond this week, it finally feels safe to talk about the return of American sports.

“TV ratings and TV viewership and the amount of people watching baseball could be off the charts,” said Colorado Rockies manager Bud Black. “If everybody’s watching and nobody’s at the game.”

It’s certainly been the longest, most bizarre drought for America’s major sports leagues.

“Colorado has been one of the healthier states compared to other states,” Black said. “We would love to have fans - no doubt about it. I think a lot of us are hoping for that return - within the context of it being safe and healthy for everybody.”

The Rockies have suggested having as many as 10,000 fans in the 50,000 seat Coors Field by mid-season or so, which would mean one in every five seats would be filled.

“I think here in Colorado - there’s some momentum that it could happen,” Black said.

As for the players, Rockies All-Star and bearded wonder Charlie Blackmon has already kicked COVID-19.

“I feel great,” Blackmon said. “I have felt that way for a couple weeks now.”

He tested positive nearly a month ago and recovered.

“I would much rather have gotten sick when I did, rather than get sick now or get sick mid-season,” Blackmon said. “I was blind-sided by the positive result. I knew I was sick and so, I decided to get tested.”

Backmon’s speedy recovery offers what is perhaps the best evidence that the virus might periodically impact players - without derailing the season altogether.

“I feel like I’m the least at-risk person in the building right now,” Blackmon said.

Other sports like hockey and basketball will be played in a bubble, as they say.

The Nuggets and the NBA will resume next week. All the teams playing in the pared-down league will tip-off at Walt Disney World in Orlando with no fans.

The Avs are playing in a similar situation; a playoffs-only season with all teams in Edmonton, Canada.

“I have no concerns,” said Avalanche defenseman Cale Makar. “I think we’re going to be in the safest scenario possible up in Edmonton.”

Zach Bye is the co-host of Stokley and Zach on Denver’s 104.3 The Fan.

“I think the importance of baseball or sports in this country can’t be overstated,” Zach Bye said. “It’s woven into the fabric of Americana.”

Zach says the return of sports has the potential to elevate the mood of a country starved for good news.

“I think you’re going to see some of the biggest ratings, across the board in all sports,” Zach said. “People are just thirsty for competition.”

For Zach - there’s no question the players are ready.

“I don’t think it will change the dynamic of the players’ preparation, or intensity or their focus,” Zach said.

What will be different is traditional home field advantage.

“You think of a 3rd (down) and short at Mile High and it's shaking,” Zach said. “The stadium is physically shaking.”

As for the potential of fans at some point this fall, Zach says he believes it will happen.

And that brings us to the fans.

“I’m excited for baseball,” said baseball fan Scott Glasser. “We need sports to kind of lift our spirits a little bit. It’s our national pastime and we miss it, for sure.”

“The American public, in a sense, needs sports,” said sports fan Nathan Trentham. “It’s unifying regardless of age, gender, race and a lot of other things and I think it’s an outlet that many people desperately need right now.”

As for going to a game – most fans we talked to said they would go back.

“If it were me and then five seats and then another person, I’d definitely… I’d be okay with that,” said sports fan Daniel Trentham.

“I think as long as they’re maintaining social distancing practices, I’d go,” said sports fan Audrey Scadden. “I’m an essential worker through this whole thing and I haven’t had an issue with everything else.”

“I’m hoping that teams will allow at least half the number of fans to come,” said baseball fan Brent Collins.

“I’m not sure,” said Nathan Trentham. “I would really have to think about that and where it was and what was going on.”

“I would for sure return,” Glasser said.

“This will be a very unique situation for players to play in empty stadiums,” Black said. “It’s going to be as weird as it could ever be.”

If professional sports can pull off a return - with or without fans - it will set a precedent going into the fall for collegiate and high school athletics considering a similar return.

“Leading the charge for policies that will certainly trickle down through the collegiate ranks and the high schools,” Dupree said.

“It’s going to look different,” Zach said. “It’s going to feel different, but the base of the pyramid - on which everything else is predicated - is the actual play on the field. And that’s what we’re going to get back.”