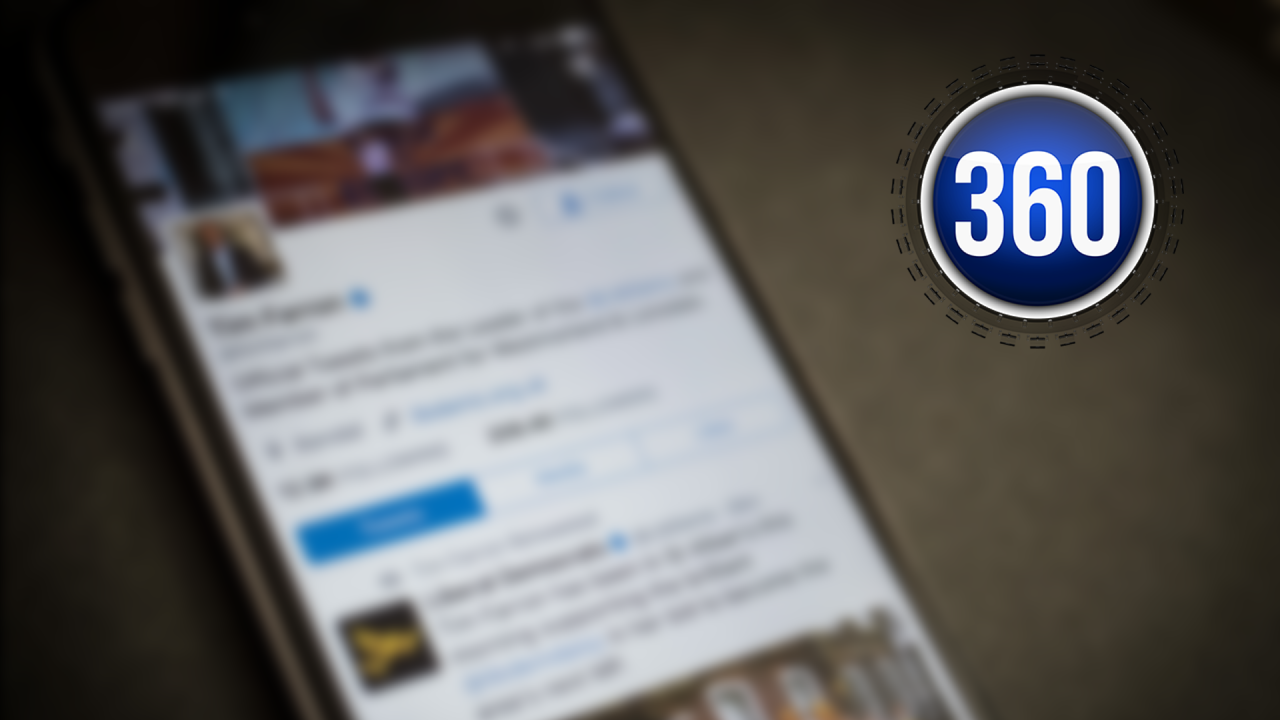 Copyright 2019 by Getty Images
Getty Images/Denver7
Minor property crimes rarely create a blip on law enforcement’s radar and are forcing more and more people and businesses to conduct their own investigations through social media. 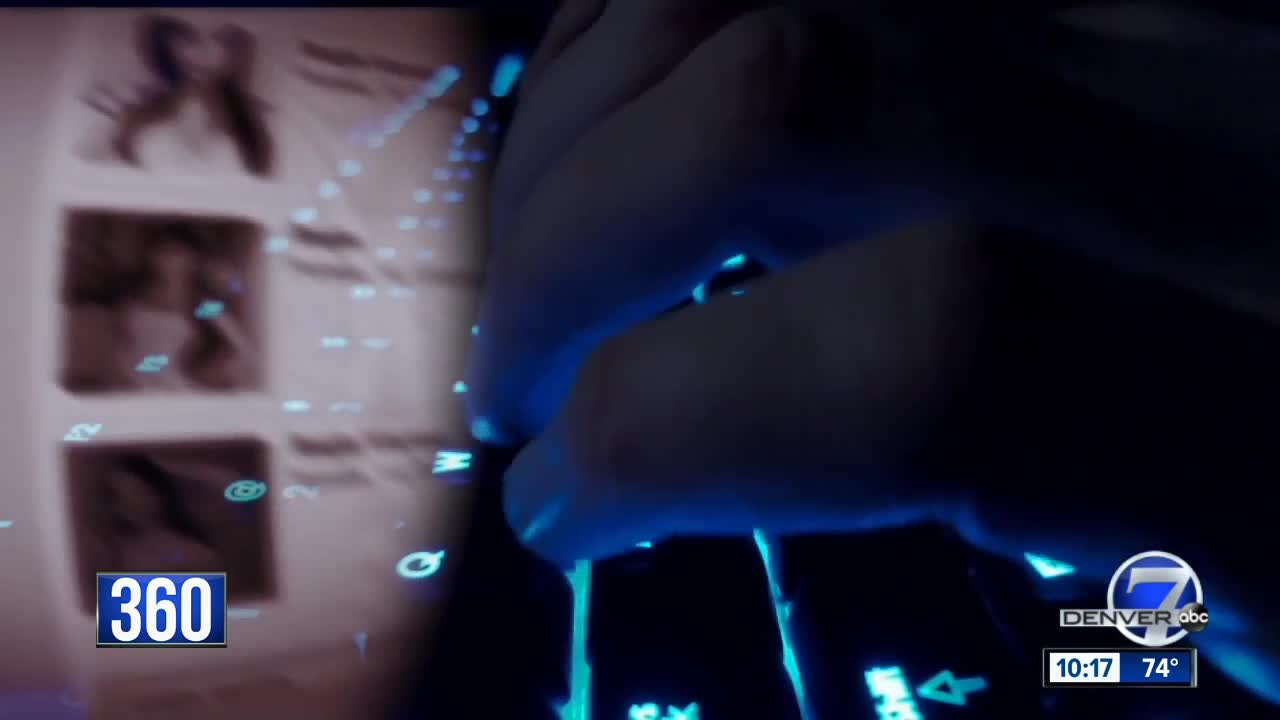 Editor's Note: Denver7 360 stories explore multiple sides of the topics that matter most to Coloradans, bringing in different perspectives so you can make up your own mind about the issues. To comment on this or other 360 stories, email us at 360@TheDenverChannel.com. This story airs on Denver7 News at 10 p.m. See more 360 stories here.

DENVER – Social media has changed the way we talk to each other, hear about politics and even how we alert others when there’s a need to protect our families.

Log into any Facebook account or Nextdoor app and you’ll see hundreds of videos of criminals stealing packages from porches, vandalizing homes or shoplifting from a local store.

Truth is, these minor property crimes rarely create a blip on law enforcement’s radar and are forcing more and more people and businesses to conduct their own investigations through social media.

But is this the best way to get results? Or should we just wait for police to do their jobs? That’s a difficult question to answer given the likelihood of catching a criminal on camera.

You don’t even have to look for surveillance cameras these days. They are everywhere. And most of us just assume if we’re in public, we’re on camera, whether we’re eating, shopping, driving or just standing on a neighbor’s porch.

One of those lenses is tucked into a hand-made birdhouse at the end of Mark Bolduc’s driveway in Brighton. However, it was not enough to deter a thief with an SUV and trailer hitch from hooking up and driving off with $7,000 worth of ATVs.

“I was going to be gone for a couple hours,” Bolduc said. “When I came back, they were gone.”

So, what did he do? He called the sheriff’s office, showed them the video, and caught the guy. But the conversation with Adams County dispatch didn’t go as he expected.

“The short version of the conversation was, ‘We’re too busy to deal with this right now. We’ll call you back when it’s convenient.’ I didn’t know what to do,” Bolduc said.

Most law enforcement agencies have their hands full with violent crimes and other high priority issues. So, the response that Bolduc got from Adams County is certainly not unusual.

Denver7 obtained a copy of Bolduc’s frustrating call with that 911 operator. Having gotten no response from his first call, Bolduc called a second time to give the sheriff’s office more information about his ATVs.

He told the second operator: “The police officer who called me back was pretty stand-offish. He didn’t seem to give two craps that it was just stolen off my property. It’s pretty upsetting but, whatever,” he said. “I just want them to freaking look for it. I mean, it’s probably in town but nobody bothered to listen to me.”

Bolduc’s second call didn’t seem to instill a sense of urgency from the sheriff’s office either.

“Yeah, so he just basically said there’s a lot bigger fish to fry and we can’t be bothered with this right now.”

He decided it was up to him. He and his business partner took that surveillance video and attached it to every social media site they could find.

“We posted everywhere from basically the Canadian border to the Mexican border along I-25 and any and all Craigslists,” Bolduc said. “We belong to all the Facebook groups between here and there just looking for a message, some kind of tip somebody saw something.”

So far, there have been no tips leading to the four-wheelers or the crooks.

“We want to able to catch that person quickly. And it makes it easier when there’s tens of thousands of eyes looking at it rather than six,” Barton said.

He has seen this social media sleuthing work first-hand.

When a local teenager came into the store last year for a five-finger discount on a semi-automatic handgun, he notified police in the entire community with a single click.

“The gentleman was caught within 24 hours after we posted it up on Facebook,” Barton said.

DCF Guns and other local gun shops have a new crime prevention strategy.

“We’re going to let everybody know what you did, where you did it, and what kind of car you’re driving, and anything else we can give them to make sure you don’t come back and do it again,” said Barton.

Police will tell you it’s a bad idea to cut them out of the crime-fighting process.

They’ve seen the victims become the offenders by graduating from a simple post on social media to witness tampering and even slander.

“We see that a lot in different neighborhoods,” Hervey said. “People putting juvenile’s pictures up for things we probably all did as kids. They’re not right. But I don’t know if we should socially blast them to every neighbor.”

Trisha Arrington Griffith operates a national crime discussion forum called Websleuths.com. She teaches folks how to use social media to help police catch criminals. No rumors, no shaming, no speculation — just plenty of rules. And make no mistake, her business was built on frustration.

“We have these eyes and ears from all over the world looking for missing people, looking for all kinds of things,” Griffith says. “For God’s sake, why wouldn’t you use them? Don’t dismiss us.”

Finally, back to Bolduc, who isn’t suggesting police be dismissed either. And he understands there are more petty crimes than there are officers to investigate them.

Bolduc went after the suspects who made him a victim. And in the process, he completely changed his attitudes about modern-day crime-fighting.

“We’re going to pursue whatever avenues are made available to us," he said.

And as more and more business and homeowners install surveillance cameras to protect their property, the more do-it-yourself crime fighting will likely be filling your social media feeds.