Should the stay-at-home order keep people from going into the outdoors? 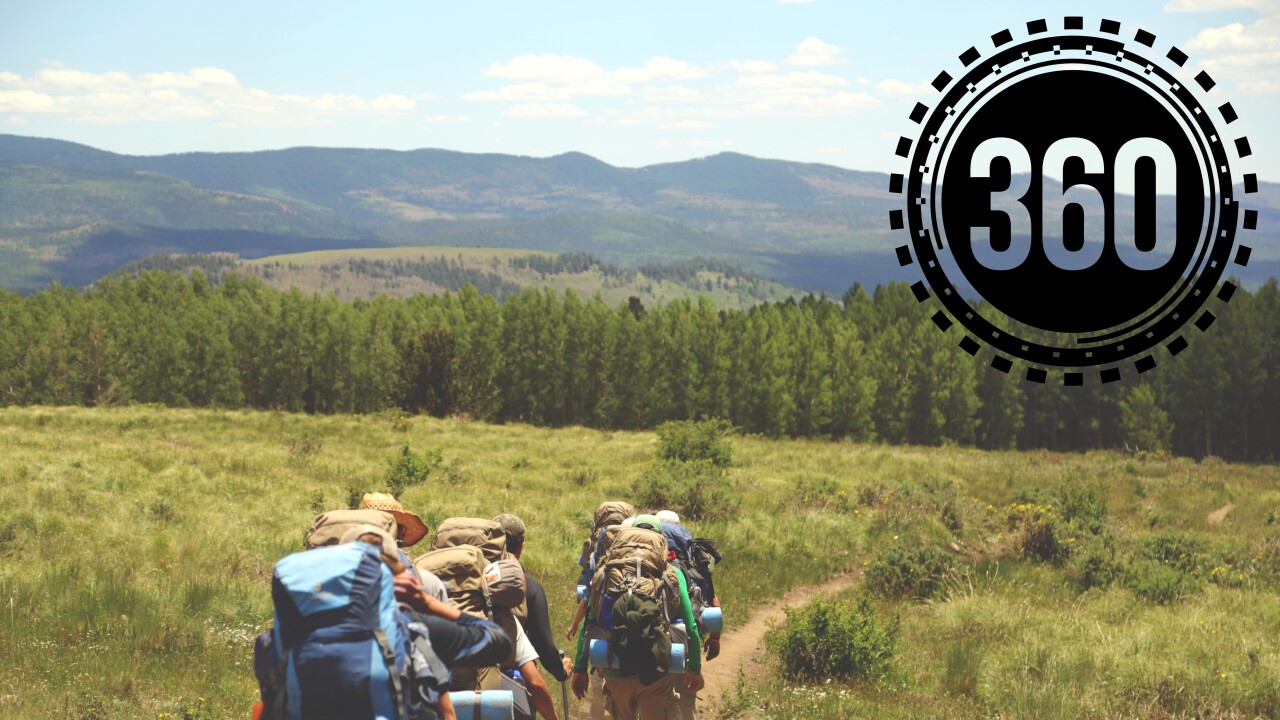 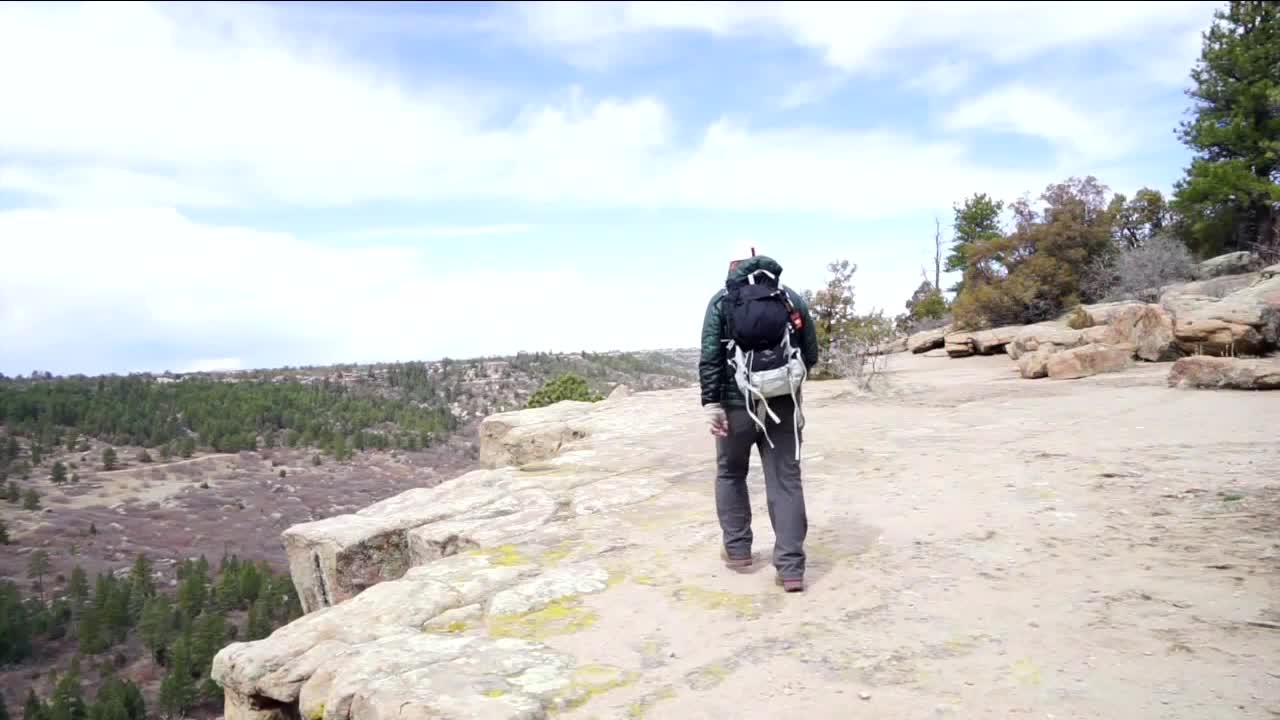 DENVER -- After a statewide stay-at-home order was put in place, millions of Coloradans lost the ability to access gyms, recreation and other fitness activities for the foreseeable future.

While most people are abiding by the stay-at-home order and only going out to get groceries, many are still going outdoors for their mental and physical well-being.

The state is urging people to practice social distancing while out and not to participate in sports, picnics or any activity that involves more than a few people.

Across the state, parks and hiking trails are quickly becoming one of the public’s only outlets for stress relief. Denver7 went 360 to provide multiple perspectives on striking a balance between adhering to the state’s stay-at-home order and going outdoors.

Since the first case of COVID-19 was announced in Colorado, the guidance from the state has changed. As more people become infected with the virus, more limits are being placed on certain activities.

“Outdoor recreation is a great thing to do during this time while social distancing from others, going hiking, going biking,” Gov. Polis said.

That message was reiterated during another news conference on March 16, emphasizing that the state parks were still open.

By March 22, however, people were asked to limit their outdoor activities a bit more to minimize their exposure.

“If you’re accustomed to jogging three or four times a week, jog once or twice a week. Try jogging at a different hour when less people are out, “ the governor said.

Then, on March 30, as more coronavirus numbers were released, the tone switched once again to encourage people to stay in their own areas. Polis encouraged people not too treat the stay-at -home order like a vacation by trying to visit different places.

“Our mountains, our trails, our beautiful rivers, they’re going to be there,” Gov. Polis said. “Let’s take a few weeks and not visit some of these areas and just recreate in our neighborhoods.”

One of the most well-known features of Manitou Springs in southern Colorado is its incline. Over the years, the incline has become a must-visit destination for fitness enthusiasts in the state.

Even before the stay-at-home order, the town struggled to manage the volume of visitors coming each year to climb the incline. The city had been working with Colorado Springs to try to come up with a management plan.

However, when gyms and recreation centers across the state closed down, even more people started visiting.

“On Monday the 16th, it was a beautiful day, and there was a huge influx of people; people were just crowding their way up,” Mayor Graham said. “The whole idea of social distancing had been in effect, but it wasn’t being observed.”

Buses that take visitors from the parking lots to the trail head were attempting to encourage social distancing but it was difficult.

Two days later, the city decided to close the incline to the public until the novel coronavirus was better contained.

“We were really reluctant to close the incline. We labored over it, but I think our concern is the gravity of the situation — it was the lesser of the evils to close it,” Mayor Graham said.

The city put up signs around the incline and is, for the most part, relying on voluntary compliance to keep people away since its resources are limited.

So far, while some were disappointed with the decision to close the incline to the public, Mayor Graham says many others understood the need to close it and have taken the news well.

For the 5,300 people who live in Manitou Springs, there are still numerous other trails in the area that allow for better social distancing than the incline that are still open so long as visitors from surrounding counties don’t overwhelm them.

To stay open or close down?

Colorado Parks and Wildlife has had to make some difficult decisions over the past several weeks about what to keep open to the public and what to close down.

Following guidance from the state, CPW decided to shut down its campgrounds, restrooms, visitor’s offices, playgrounds and picnic areas to the public.

Many of its trails and parks, however, remain open.

“It’s an evolving situation and it could change again tomorrow or who knows how it will pan out,” said CPW public information officer Jason Clay.

When the gyms and other recreation spots closed down, CPW says it also saw a big bump in the number of visitors coming to its parks. At some points, the amount of people visiting was close to summer numbers. CPW says it’s trying hard to keep trails open.

“This is a very difficult period that people are trying to work through,” Clay said. “We still want to be able to have those opportunities for people and maybe it’s something that will help them get through a challenging time like this.”

However, Clay and CPW are asking people to be flexible and adaptable; if a trail seems like its crowded or there are a lot of cars in the parking lot for a certain park, it’s best to find a different area to go outdoors.

People can also try visiting the more popular areas at off hours, like earlier in the morning when fewer visitors are likely to be there.

It’s also important for visitors to make sure they are prepared for the activity they are doing.

“Now is not a good time to try something that is maybe unfamiliar or something that is challenging because our resources are already stressed at this point and if we have to call out to our search and rescue teams to get to areas that are more difficult, again the resources would be stressed” Clay said.

For now, it’s important for people who want to get outdoors to do some research beforehand to figure out whether the park or trail is open and what the state and local rules are at the moment for its usage.

The health implications of staying indoors

Getting outdoors and getting some physical activity in can be good for a person’s physical health, but also their mental health.

“It’s kind of ironic, isn’t it, that at a time that we’re most stressed we’ve been told to keep ourselves separate from our friends and our colleagues,” said Ben Miller, the chief strategy officer for Well Being Trust and a board member for Mental Health Colorado.

Staying inside or isolating yourself from others can have a negative consequence on a person’s well-being.

“There’s a robust amount of research that looks at the negative impact of isolation and loneliness when we stay inside and don’t interact socially — it can be just as bad as smoking or obesity,” Miller said.

Experts are also encouraging people to reach out to others if they are feeling depressed or lonely and feel like they need help.

Spending some time on physical activities and getting outside is also important.

“Go in your backyard and just take a deep breath, go get some sunshine; we live in Colorado and it’s a beautiful time of year right now,” Miller said. “Go for a walk just keep six to 10 feet between each other.”

At the end of the day, everyone is having to adapt their normal routine to these new conditions, so it’s important to find an outlet to fulfill your mental and physical needs.

Washington Park has always been a popular place for people in Denver to enjoy the outdoors. With the spread of the coronavirus and businesses closing shop, the park has become even busier.

People visiting the park said they see the outdoors as an important outlet with many of the other aspects of their life changing.

“We are big outdoors people being cooped up in the house all day, we kind of need it,” said Madison Luther.

For the most part, she says people have been doing a good job keeping their distance from one another, even as the park becomes more crowded.

However, if health experts decided it was necessary to close the parks down, Luther and her roommate Charlotte Gray say they would follow the rules.

“If public health professionals believe that it should be close down then it should be,” Gray said.

Others at the park agreed with that idea and said while they would be disappointed, they would also follow the state’s guidelines.

To go out or stay in

With the weather warming up and the snow melting, typically Coloradans would be encouraged to go outdoors and enjoy the state’s robust recreation industry.

However, the novel coronavirus is causing even some outdoor locations to close down in an effort to keep people safe.

For now, people are encouraged to go on walks around their neighborhood to keep their mental and physical health up, but the bottom line is that even some outdoor recreation can put people at risk as health experts try to contain COVID-19.