Should live animals be used as college football mascots? 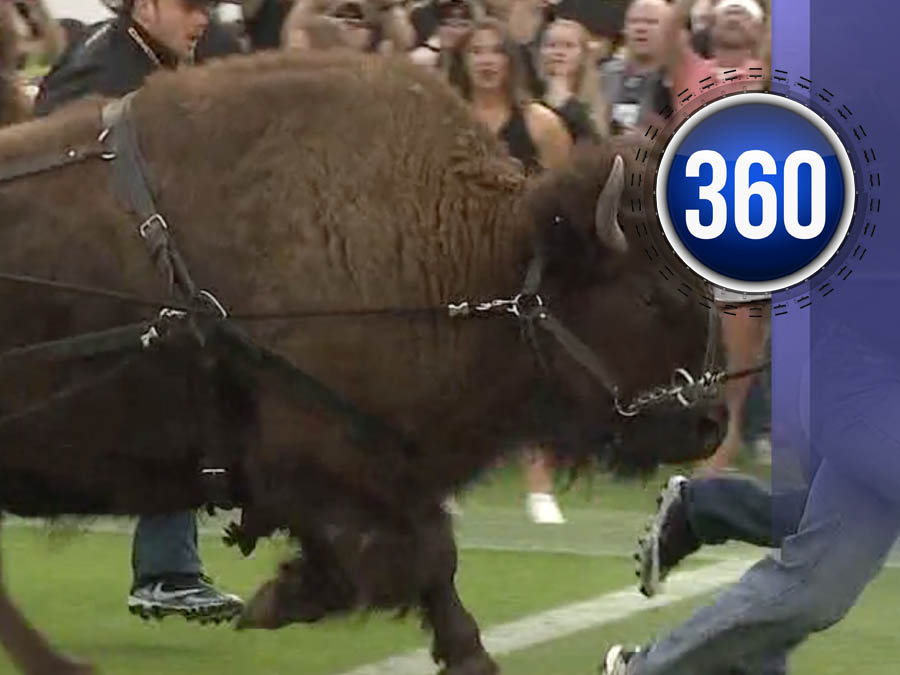 After the close call at college football’s Sugar Bowl on Tuesday, when the University of Texas steer mascot charged at the University of Georgia’s bulldog, live animals being used as mascots are once again under the microscope. 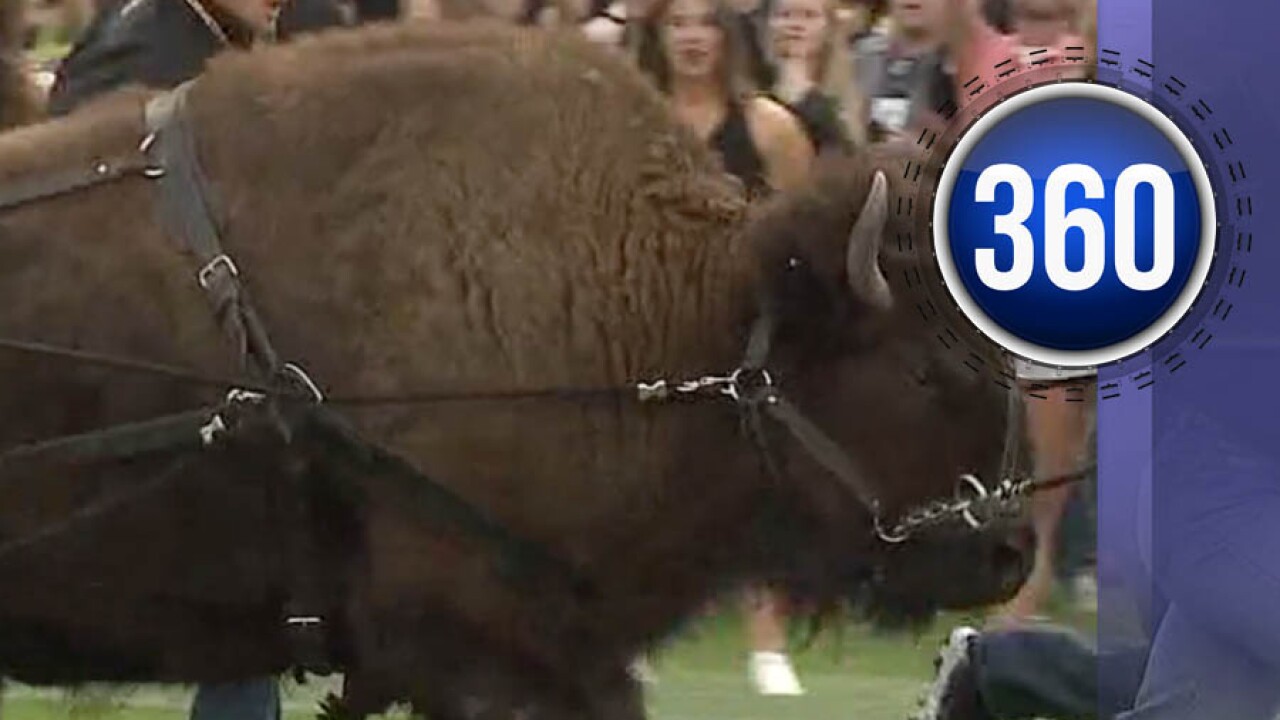 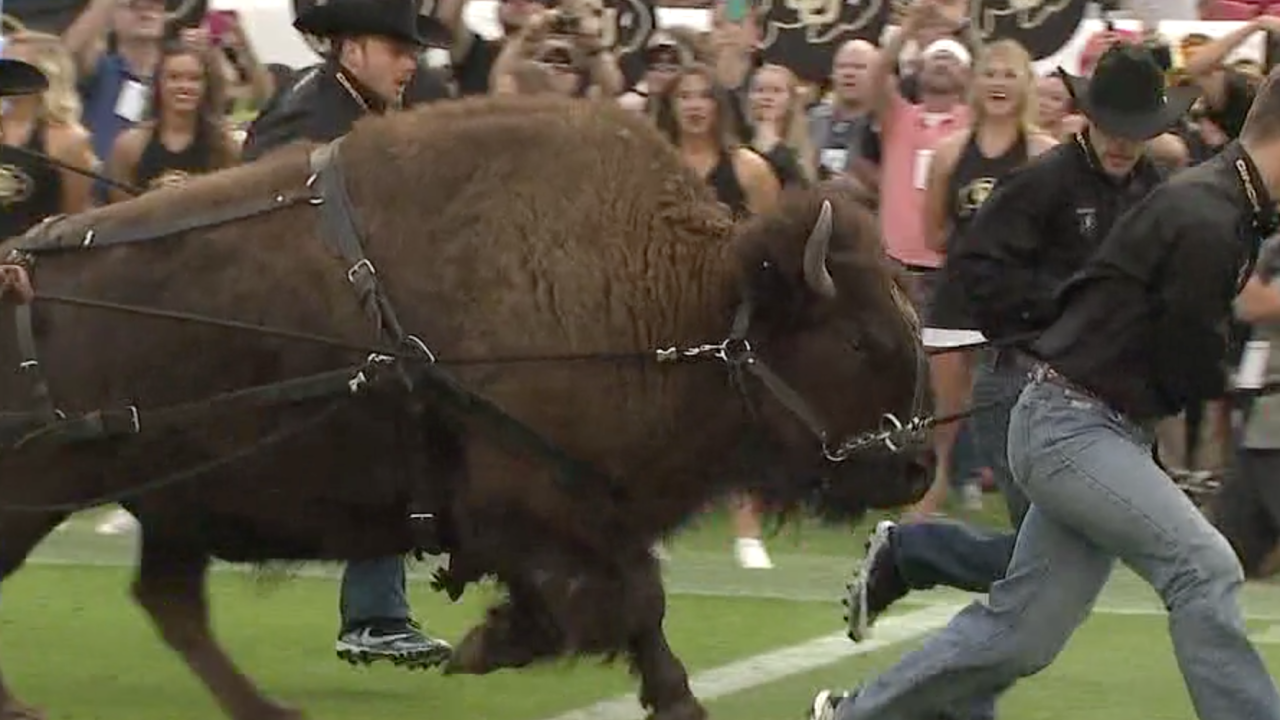 DENVER — After the close call at college football’s Sugar Bowl on Tuesday, when the University of Texas steer mascot charged at the University of Georgia’s bulldog, live animals being used as mascots are once again under the microscope.

"It's indefensible to subject animals to the stress of being packed up, carted from state to state, and paraded in front of a stadium full of screaming fans," PETA Senior Vice President Lisa Lange said in a statement.

Colorado’s three largest colleges have live animals as their mascots. The University of Colorado at Boulder has Ralphie the Buffalo, Colorado State has Cam the Ram, and the Air Force Academy has a falcon named Aurora.

Why have them? It’s tradition

The first point in the animal mascot debate is the fact that having these animals is a tradition at their schools and is part of the fabric of their college.

“It’s a big part of college life and spirit you know,” a CU alum who did not wish to be identified for this story told Denver7.

CSU is on the 25th version of Cam the Ram, who’s been around since 1945. Air Force has been using a live falcon since 1955. And Ralph has been running since 1967 and just celebrated her 50th anniversary.

Not their natural environment

There are plenty in the line of thinking that animals belong in nature, not in captivity and definitely not in a packed football stadium.

“It is somewhat oppressive and not akin to their natural environment,” one Denver7 viewer said.

“I feel like they would be just very scared with all the lights and I don’t think its a good environment for them,” another added.

PETA falls into this category as well, calling it “cruelty inherent in using living beings as mascots.”

Comes down to treatment

Then there is the middle ground of this argument.

Some say as long as the animal being used as a mascot is treated well, they don’t see a problem.

"Ralphie only runs the field six times a year otherwise she's out in a pasture being a bison,” Denver7 viewer Mark wrote in a Facebook post.

CU says Ralphie lives the good life on a ranch outside of game day, sees a veterinarian regularly, and that the animal is never forced to run for a game if she appears not to want to.

"We are proud of Ralphie V, our fifth buffalo mascot to carry on the tradition of running with the football team for the past five decades," said Ryan Huff, the senior director of communications and the chief spokesman for CU Boulder. "Ensuring proper care of Ralphie is our top priority, and we can confidently say she is healthy and receives excellent care. The safety of Ralphie and her handlers is paramount to the program."

Issues with animals and humans

There are issues that are inherent with using a live animal as a mascot, and other challenges that can be presented as well.

In 2008, Ralphie ran over a handler and got loose from all but one of the rest, circling in the stadium before being corralled. In 2018, Air Force’s falcon was kidnapped and injured in a prank by West Point cadets.

The alternative, of course, is using humans in costumes as mascots. But even that isn’t foolproof.

In late 2018, the Chicago Blackhawks mascot, Tommy Hawk, was caught on camera getting into a brawl with a fan. That incident is under investigation.

CNN recently wrote about why schools use animals as mascots. You can read that full article here .