Should Lakewood cap development at 1 percent per year? 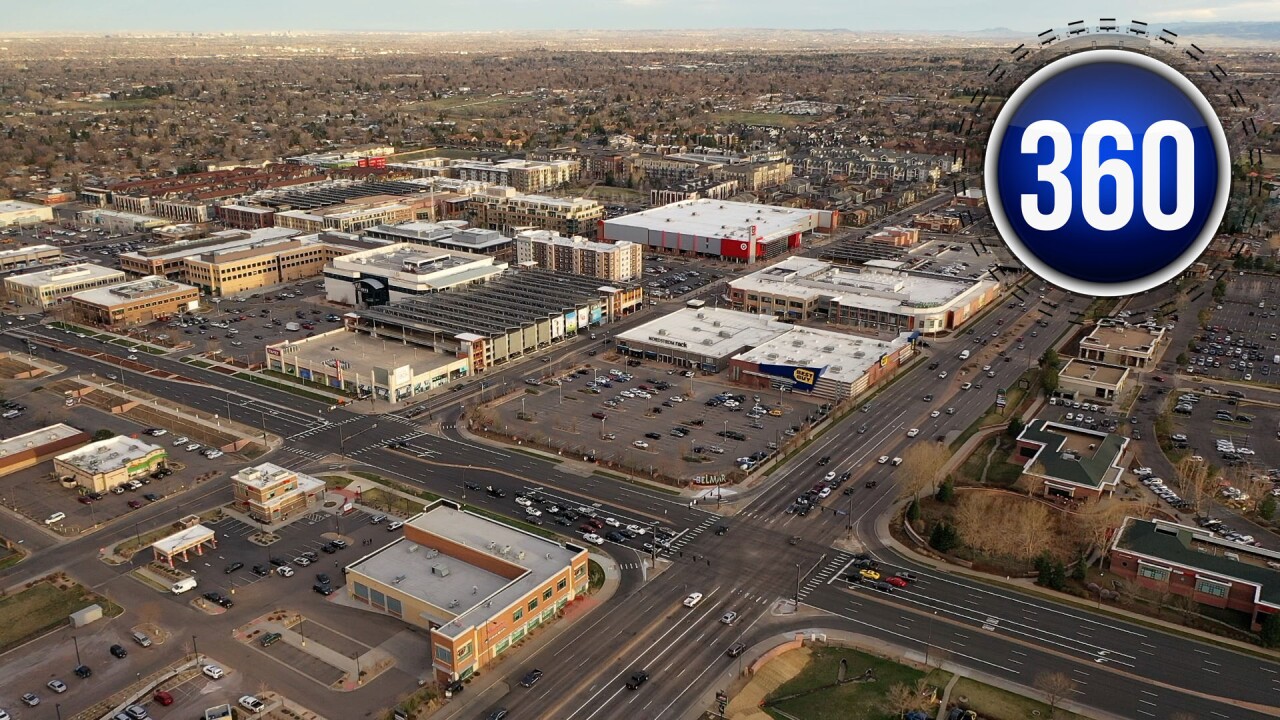 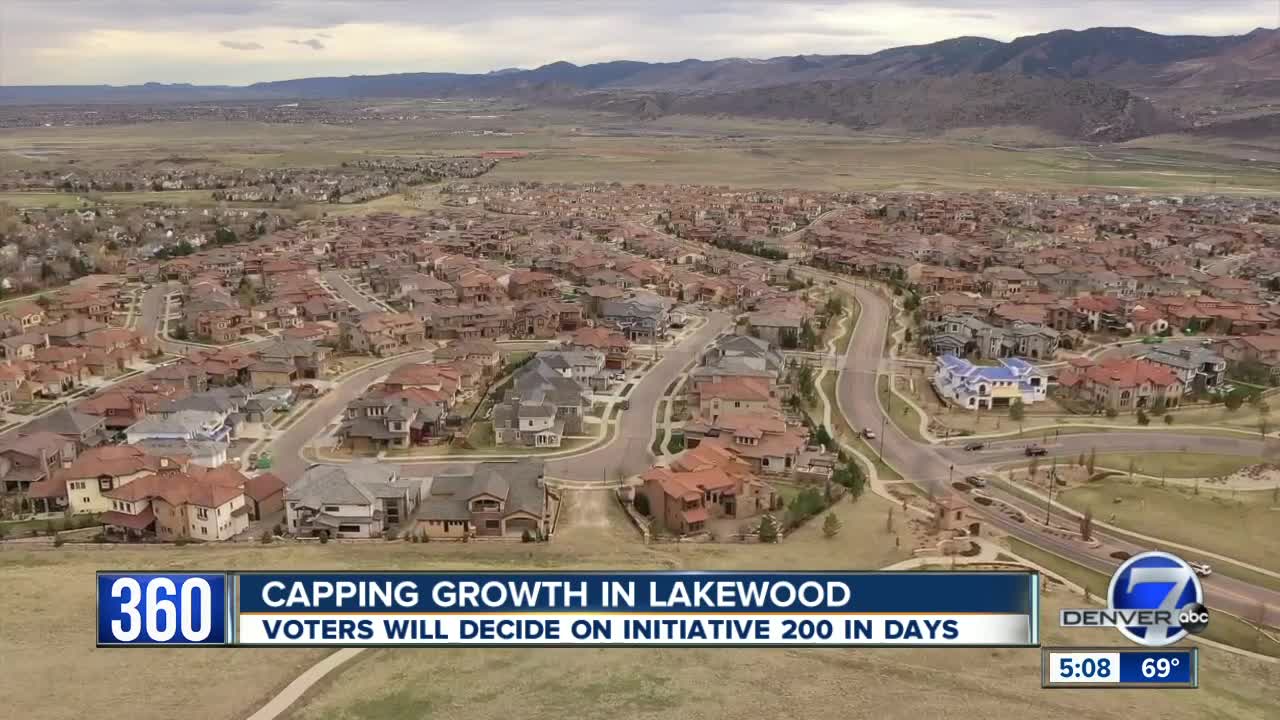 LAKEWOOD, Colo. -- Lakewood voters will have the final say on how much development is too much Tuesday during a special election that could have widespread effects on development in the city.

Initiative 200 asks voters whether development should be capped at 1% per year by implementing a permit allocation system for new units and requiring city council to approve of allocations for projects of 40 units or more.

Time to slow down

The ballot measure’s creators say it’s time for construction to slow down and become more strategic.

“This initiative will restore some oversight and neighborhood participation in our large development residential projects,” said co-petitioner Cathy Kentner.

Kentner has been fighting for years for a vote on the rate of development happening in the city.

The Lakewood Strategic Growth Initiative asks voters to consider the effects this rapid growth could have on crime, the preservation of open space, air and water quality, the capacity of public utilities, the growth of schools and more.

Supporters of the initiative say the city’s current growth is happening too quickly and is having negative consequences on both people and property.

“The question here is, do we do something or, as our opposition would like it to be, do nothing and leave everything as it is now in the hands of an administrator behind closed doors with the developer?” Kentner said.

Denver7 has received numerous emails from Lakewood residents who want to share their stories about why they support Initiative 200. Some of the residents talked about the cramped conditions and lack of parking that already exists in the city.

Other Denver7 viewers said they just want to have a say in what is happening within their community and are supporters of smart growth, just not unfettered growth.

Many expressed concerns with the money pouring into the city’s special election from outside interests.

The ballot measure has brought in a lot of money. According to the Denver Post, June financial reports show that nearly $300,000 has been contributed to the anti-Initiative 200 campaign compared to just $4,000 from groups pushing for the ballot measure.

Lakewood’s mayor believes this is the wrong way to deal with growth.

“What I like to say is that it is the right issue but 200 is the wrong solution,” said Mayor Adam Paul.

He’s worried about the consequences of slowing down growth in Lakewood and how it would affect families, particularly those who are considered low-income.

Lakewood has already started to address the rapid growth happening in the community. Paul said the city council and the planning commission have made more than 30 changes to the way the city deals with development over the past 18 months.

In fact, Paul says some of the buildings Initiative 200 supporters have used as examples of bad growth in the past could not be built under the city’s current guidelines.

Regardless of whether the ballot question passes, though, Paul says it’s already having an effect on the city.

“I think we’ve already started to see some of the slowing affect just because of the uncertainty of the initiative and that’s where I’m really concerned is the unintended consequences,” he said.

Metro State University marketing professor Darrin Duber-Smith says he can see both sides of the argument to cap construction in Lakewood.

“It’s sort of a darned if you do, darned if you don’t situation. Whenever the supply of any product is limited, if the demand is high, the prices are going to go up,” he said.

Duber-Smith says that limiting growth to 1% per year in a city the size of Lakewood will still result in a lot of construction. However, it could make the city less competitive by limiting the supply of available housing.

He believes cities across Colorado are looking at Denver’s massive growth and are wary of following in its path.

“I think they’re looking at Denver and they’re thinking this has just been uncontrolled growth and we have to do something,” Duber-Smith said.

Along with higher home prices, though, the initiative could also result in higher property taxes and higher rents, which could price some people out of the area. It could also prevent some new or young home buyers from being able to afford a house in the city.

Despite this, he believes the ballot question has a good chance of passing and could set a precedent for the future.

“If it works in Lakewood, other view municipalities might do it,” Duber-Smith said.

While Lakewood voters grapple with the question of whether the growth should slowdown, some cities have already capped development.

The city of Golden decided to limit its development back in 1995 to 1% per year. The move was spearheaded by Daniel Hayes, a long-time resident who spoke with Denver7 last year and said he doesn’t regret the move.

“I’m proud of Golden in the fact that they have controlled the growth all this time and I think the city has been much the better for it,” Hayes said.

Hayes believes other cities and counties across the state should take a page out of Golden’s book and cap development.

Hayes is such a supporter of the idea that he pushed to add a question onto the statewide ballot last November to limit residential building permits in ten counties to the 1% cap for two years.

After that, the restrictions would stay in place until voters from those areas decided to change it. The idea faced a legal battle that made it all the way up to the Colorado Supreme Court.

Hayes and Initiative 66 supporters won the right to add the question to the ballot from the state’s highest court. However, by the time the legal battle was over, Hayes said he didn’t have enough time to gather the necessary signatures to add it to the November ballot, so the initiative was withdrawn.

The issue of Lakewood’s growth is now in the hands of voters to decide. Tuesday’s special election has been divisive among the residents.

The side with the most votes, however, will ultimately be able to decide in what the city’s future should look like.