Should Juneteenth become a state or federal holiday? 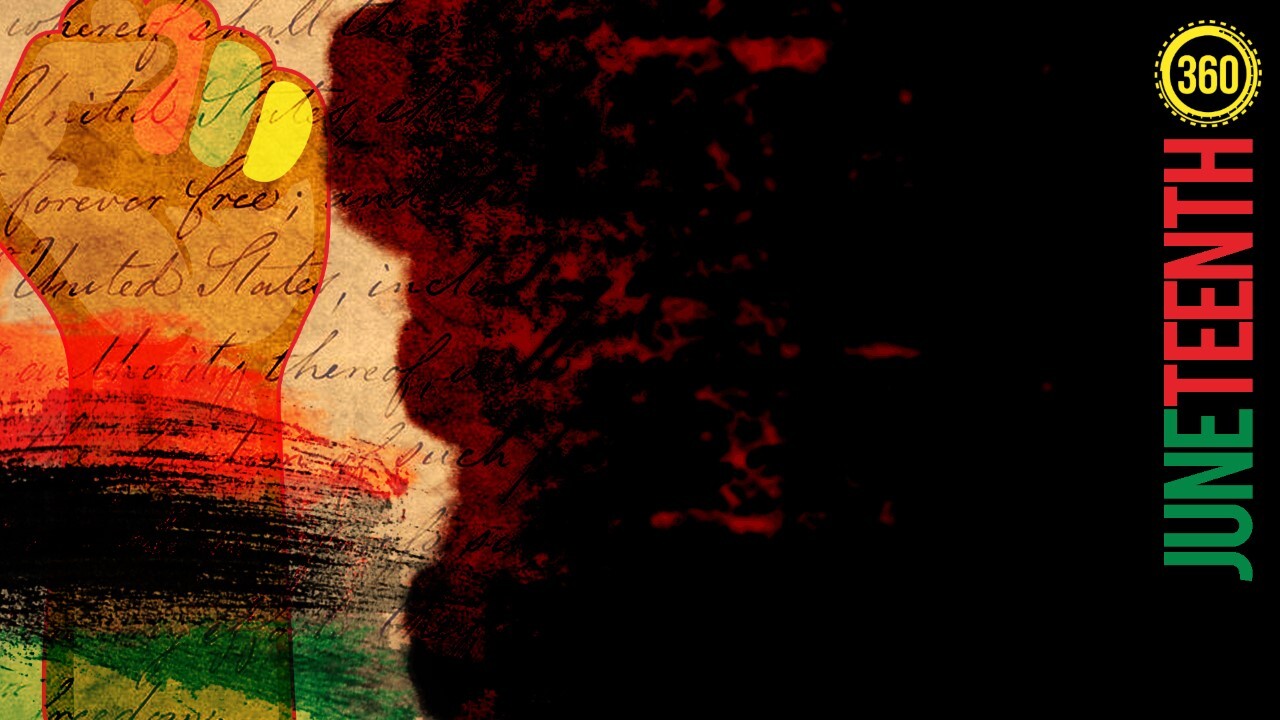 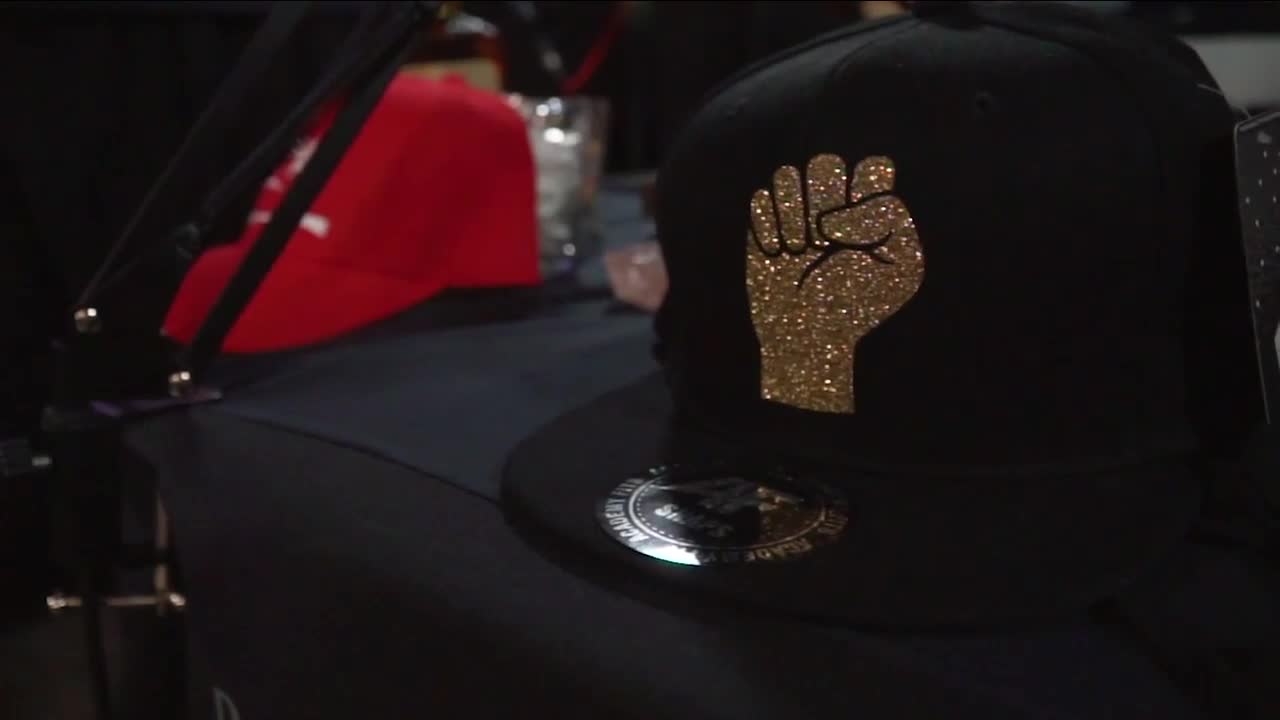 On a day that marks the final liberation of slaves in the United States, there is a growing call to make Juneteenth a national holiday.

Across the country, all but three states recognize Juneteenth for celebrations, but only a handful commemorate the day by offering paid time off for state employees.

Here is a 360 look at making Juneteenth an official holiday.

What is Juneteenth Anyway?

It marks the date in 1865 that Union soldiers rode into Galveston, Texas to inform the slaves that they were free, more than two years after the Emancipation Proclamation was signed and two months after the end of the Civil War.

Nearly 250,000 slaves that lived and worked in Texas were liberated that day.

“What’s so poignant about Juneteenth is that it’s the lived experience of freedom rather than an official proclamation from Washington,” historian Susan Schulten said.

Since then, Juneteenth has been marked with celebrations, parades, music festivals and more.

There are different levels of holidays in the United States. The federal government recognizes 10 official holidays and offers paid time off to government employees on those days.

Colorado also recognizes those 10 holiday, only this year the state legislature approved a bill to remove Columbus Day and rename it Frances Xavier Cabrini Day instead.

On a federal level, Congress creates national holidays. In Colorado, the state legislature is responsible for voting on the creation, change or repeal of holidays.

The governor can make proclamations honoring the day, so can mayors in different cities.

Businesses also have the individual ability to name the holidays they recognize as paid days off.

The Push to Recognize Juneteenth

Inside an unassuming studio in Lakewood, the Juneteenth Music Festival looked a little different this year.

Instead of taking to the streets in a crowd of thousands as in years past, this time the festival was completely online.

In the era of social distancing, while the COVID-19 pandemic changed the way Juneteenth is being celebrated this year, it did not deter the message.

Along with celebrating the day through music, organizers of the event are supporting a petition on Change.com to demand for Juneteenth to be name a national holiday.

“We’ve turned tragedy into triumph and that’s what Juneteenth is all about,” said Norman Harris, the executive director is the Juneteenth Music Festival Corporation.

He says the fight to turn the day into a holiday is not new, but this year the calls for change are growing louder in the wake of nationwide protests for police reform.

“We’ve been walking the steps for quite some time but certainly hopefully other people are understanding how important it is to come forward and to stand up,” Harris said, “The more that we don’t acknowledge the scabs that we had some of these ugly things in our history the less we can come to terms and come to grips with healing.”

Another Juneteenth petition on Change.org that was started by a Fort Worth woman has garnered hundreds of thousands of signatures as well.

The History of Holidays

“The evolution of holidays in the United States is fascinating,” said Susan Schulten, a history professor at the University of Denver. “The history of holidays is fluid.”

Despite having celebrated the same holidays for years, Schulten says there’s always room for reflection and change.

“It would seem just as appropriate to me to consider whether all of the holidays we still have are worthy, are things that are still relevant to us,” she said.

It’s not so much that history itself is changing, however the lens people look at it through has changed.

Over the years, there have been pushes to change or add certain holidays, such as the day the 13th Amendment was ratified or the day the confederacy surrendered, however none o those ideas took root in state or federal governments.

While Schulten doesn’t believe a state or federal holiday is needed to establish that the day is important since many communities have already been celebrating it for years, she says giving Juneteenth the distinction adds a layer of acknowledgment many thousands feel the day deserves.

“It seems to me that Juneteenth right now is an opportunity to realize that emancipation is still a process and that freedom is only won when it’s fought for,” she said.

Changing, adding or repealing holidays is by no means an easy process. Just ask state lawmakers like Rep. Adrienne Benavidez who has fought for years to rename Columbus Day.

A bill to do just that has been introduced every year since 2016, however the discussions started long before that.

Each time a bill was brought up, it lead to hours of debate and an eventual indefinite postponement. Supporters of the bill tried to change the day to election day, indigenous people day, Colorado day or just a floating holiday, but to no avail.

This year, though, the governor signed a bill to change the holiday.

“Columbus Day it was a long drawn out effort,” Rep. Benavidez said. “It took 13 years until we were successful in repealing Columbus Day and then this year, we were able to establish Cabrini Day is a holiday.”

For Rep. Benavidez, it isn’t about erasing history, it’s about choosing people and moment to honor who are worthy of the designation.

“I think it’s really more of a question of who we pick as our heroes, who do we want to venerate,” she said.

Even with the change in state holidays, Rep. Benavidez believes there’s still work to do. She supports efforts to rename some parks, areas and streets. She also supports and effort to get rid of the Columbus statue in downtown Denver.

However, if the repeal of Columbus Day serves as any indication, Juneteenth could have several long years worth of hearings ahead of it before possibly becoming a holiday.

Moving Beyond a Single Day

While changing or adding a holiday doesn’t come with a significant cost, there would be a loss of productivity for businesses since it would be a paid day off.

Despite this, some companies are choosing to move forward with plans to make Juneteenth a paid holiday regardless of whether the state or federal government officially recognize it.

Companies like Target, JCPenney, Nike, Spotify, Amazon, Twitter and more have chosen to recognize June 19 as a holiday.

In Colorado, the University of Denver as well as the Broncos have announced that they will observe the day as a permanent holiday as well.

“I’m really excited about it possibly being recognized fully,” said Dr. Apryl Alexander, a psychology professor at DU and a spokesperson for Black Lives Matter 5280.

While she is happy that more people and companies are taking time to recognize the day and reflect on its meaning, she hopes the lessons from Juneteenth can be echoed in everyday lives.

“I think these last few weeks we’ve learned a lot, communities are more aware of some of the social issues that are impacting black communities, and so this Juneteenth I’m tasking people to take that history, recognize it, see it and see what lessons we can learn from it,” Dr. Alexander said.

One of the big pushes she is making is for more education about the significance of the day and for schools to come up with a more inclusive curriculum. She would like to see more minority and female authors reflected in the syllabus so that history is taught in a more comprehensive way.

“Juneteenth or something that wasn’t taught in a lot of schools,” she said. “There’s a lot of stories that just aren’t being told about our history, and so I think it’s so important for people to learn our history and make sure that these holidays are reflective.”

Even if Juneteenth is eventually turned into a holiday, Dr. Alexander hopes it won’t simply be treated as a day off from work to barbeque with family, but as a time of deep reflection.

Past, Present and Future

Talking about Juneteenth isn’t easy; it requires Americans to acknowledge the country’s dark history rooted in racism and segregation.

If nothing else, this Juneteenth and the nationwide protests in the weeks before it have reinvigorated the conversation about race, equality and who/what is worthy of being honored on our American history.

What do you think about the idea of making Juneteenth a national or state holiday? Email your thoughts to 360@thedenverchannel.com.